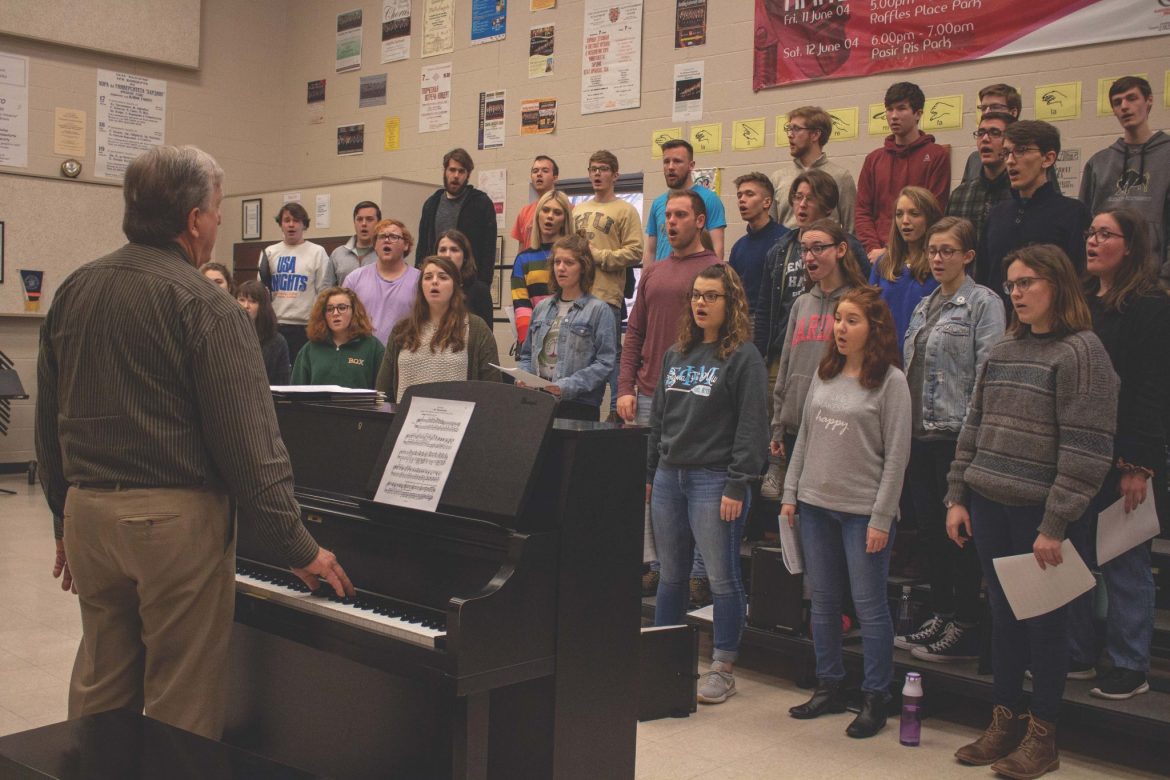 On Feb. 23 and 24, choruses from colleges throughout Arkansas will perform Beethoven’s Symphony No. 9 Ode to Joy with the Arkansas Symphony Orchestra (ASO) at the Robinson Center in Little Rock.

According to Chair of the Music Department and Chorus Director Cliff Ganus III, the chorus has been performing with ASO since the early 1990s, and he believes there is a “majestic experience involved with singing with an orchestra.” Before the weekend performances, the choirs and the orchestra rehearse together for merely two days, practicing for approximately three hours each day. Senior Jas Binford has been in chorus for four years, and this will be her third performance with ASO.

“It’s really nice singing with the orchestra,” Binford said. “The level of musicianship they have is incredible and just to be with the other choirs is super fun. … There’s a connection that you get when performing with live instruments and that is [the same] in any capacity on the stage. There is something you can’t quite attain … when you listen to a recording.”

Junior Sean Lewis has been playing the double bass since he was in the eighth grade but has been taking lessons with ASO’s principal contrabass player Barron Weir for the past three years, gaining the opportunity to perform with ASO last semester.

“I would always recommend going to watch a symphony — ASO or another ensemble,” Lewis said. “I believe it is an art that [our generation] is losing interest [in]. I think most people would enjoy it more than they think they would. They may even leave whistling and humming.”

Senior Addison Yates enjoys the culture that ASO brings to the state and admires the talent of conductor Phillip Mann. He has been involved with chorus for four years.

“I love the way that being in chorus makes me a well- rounded person,” Yates said. “As someone who is majoring in biochemistry and molecular biology, coming to chorus rehearsal gives me a variety in my day. It helps me engage different parts of my brain.”

Student tickets are on sale now for $10 at www. arkansassymphony.org/odetojoy.

Beyond the Super Bowl

Flu season is in full swing