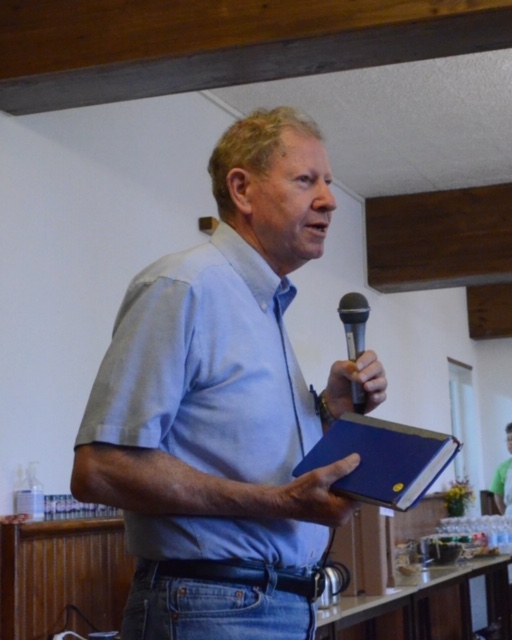 “I think all of us who know and love him are inspired to keep working for the kingdom, to keep serving other people and to find ways to do things that need to be done,” Paige Kee said. “He wanted to not give up and to not stop. He did that until the day he went to the hospital.” | Photo courtesy of Paige Kee

“Today is the best day of my life. I’m one day closer to eternity in heaven.”

This was a phrase often said by Doyle Kee, words which have resounded in the hearts and minds of every life he touched since his passing Friday, Jan. 25. Doyle graduated from Harding School of Theology before preaching in Arkansas, Alaska and New York. While in Syracuse New York, his church gave him and his wife the opportunity to do mission work in Montreal and Paris which sparked their interest in French-speaking countries. Together, he and Barbara worked to train local evangelists to start churches and ignited growth within their own culture more naturally.

His son, David Kee an associate professor in the College of Business, was 6 years old when his family moved to Switzerland. He believes this method of starting churches was Doyle’s greatest accomplishment.

In 2017, Doyle and Barbara moved back to Searcy to work with the Center of World Missions. Director of Outreach America Marvin Crowson admired the way Doyle organized his sermon’s. He would have many points, deep thoughts and was known for preaching an entire book of the Bible in 30 minutes. Crowson also admired the way Kee raised his family.

“I appreciate that he brought his family up in faith and also in leadership roles,” Crowson said.

While his family lived at home, Kee led his children in devotional every morning before sending them to school. After marrying into the family, Paige Kee was also inspired by the role he played in his family and the world.

“I think all of us who know and love him are inspired to keep working for the kingdom, to keep serving other people and to find ways to do things that need to be done,” Paige Kee said. “He wanted to not give up and to not stop. He did that until the day he went to the hospital.”

At Doyle’s memorial services, many said that he lived 84 years but did 120 years of work, working hard for the kingdom and never sought praise.

“…He did not really care for any accolades,” David Kee said. “He was really bothered when he was honored for anything. He wanted to be busy working and doing things. He never seemed to desire the affirmation for what he was doing. He was just constantly working hard for the church and doing something all the time. He did so quietly and humbly because he looked for results before anything else.”