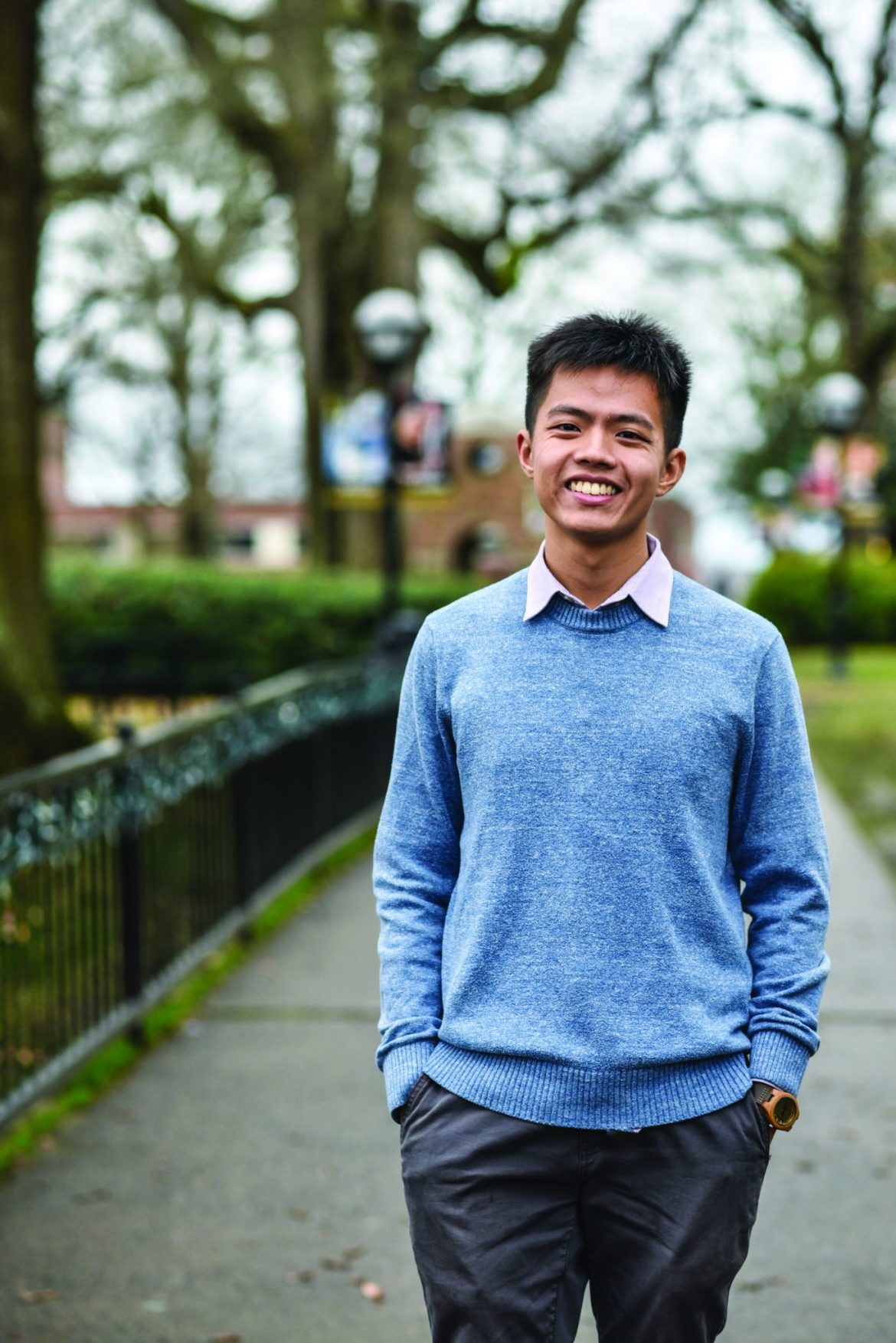 Lim, a sophomore Bible and family ministry major, is from Choa Chu Kang in Singapore, and for the past year and a half, his enrollment at Harding has been sponsored by his home church, the Pasir Panjang Church of Christ in Singapore. Though Lim has enjoyed and is looking forward to his Harding experiences, his attendance at the university serves a larger goal: to return to Singapore after graduation in order to work with the Pasir Panjang church.

As a teenager, Lim approached his church and told them he wanted to pursue ministry in order to later help grow their church, and the church responded with support. He first heard about Harding from alumni that attend his church, and became better acquainted with the school by Harding students that visited Singapore through a Global Outreach program.The way the alumni and students discussed Harding stood out to Lim.

“When I actually started intentionally looking for a Christian college in the U.S., I sought out all the information, [the Harding alumni] fed me all that I could take,” Lim said. “Harding always just stood out as the choice, somehow … I think the way that these alumni talked about Harding was different.”

Beng Chuan Tan, a minister at Church of Christ Pasir Panjang, said Lim’s passion and skills will benefit the church, and in some ways, they already have. Lim helped lead worship services last summer.

“One thing that stands out about him is his passion for Christ — for anything at all — but especially for Christ,” Tan said. “He’s full of passion.”

While in Singapore on a Global Outreach trip, Gary Jackson, an instructor in the College of Bible and Religion, met Lim while visiting the Pasir Panjang Church of Christ. Jackson and Lim have stayed connected at Harding, and Jackson said he admires Lim’s dedication to ministry no matter where he is in the world. Lim is active in the Chinese ministry at Harding, as well as in a church ministry in Higginson, Arkansas.

“John has a very clear idea of his faith and also his role,” Jackson said. “I think maybe being from Singapore also helps. … He knows that it’s difficult to do ministry anywhere, but in Asia, it’s very difficult. Christians are a minority in Singapore and in Asia in general.”

Lim plans on working in the youth ministry in his home church, as well as working on the church’s media platforms. Lim said he wants to help in youth ministry because of positive and negative experiences in his own youth.

“I understand that they need someone to look after them, someone to be their friend when they think no one else is there for them,” Lim said.

Lim graduates in May 2021 and intends to begin his journey back to Singapore shortly after.