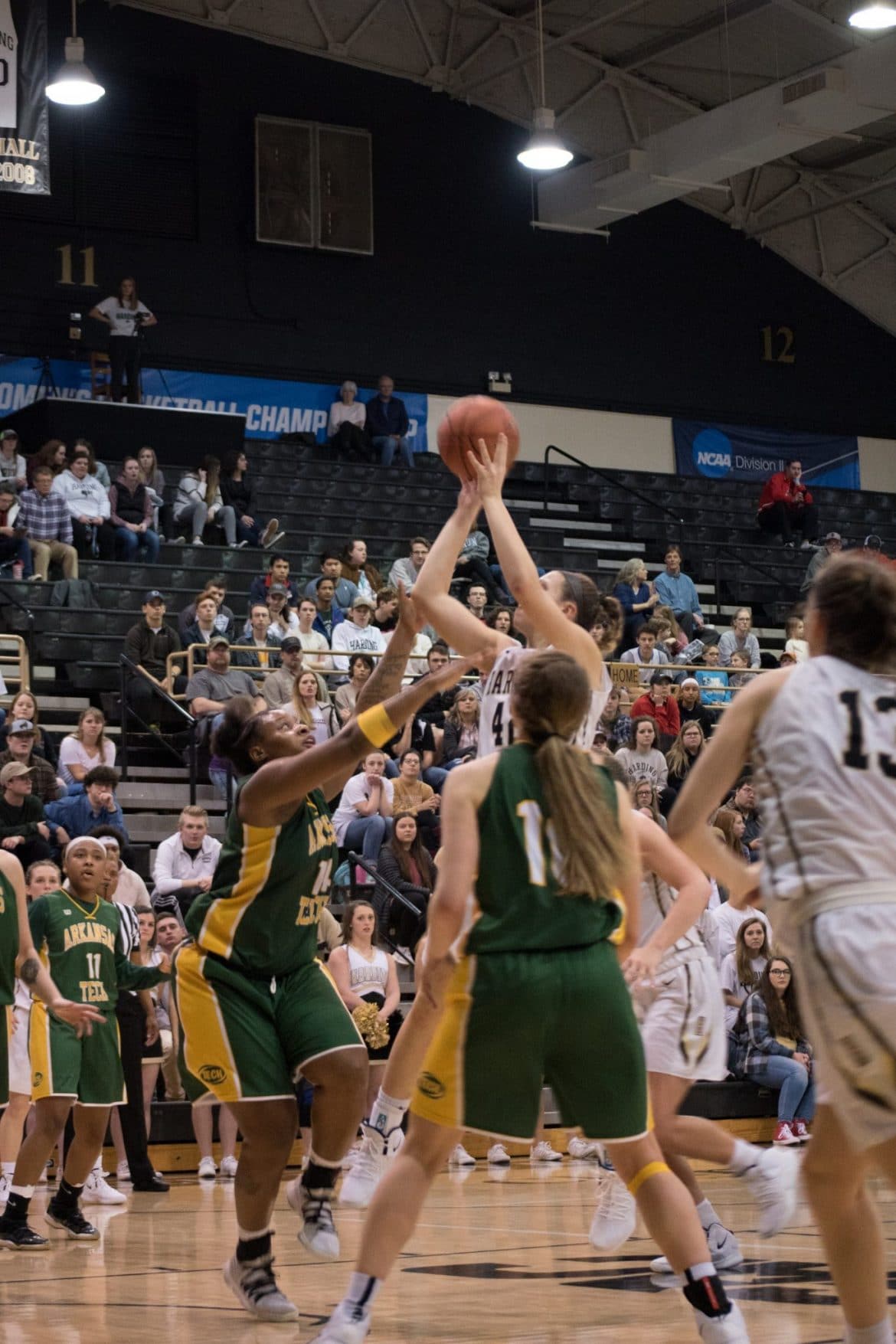 For most students, Christmas break consisted of catching up on sleep and spending time with family. However, the men and women’s basketball teams’ break looked a little different as the season continued. Their break started with a win against Ouachita Baptist University on the road. The final score for the women was 66-45, and the final score for the men was 86-84.

The NCAA mandates a week of break for all players, but after returning back to campus on Dec. 26, hard work resumed. For the next two weeks, the women played five games, four of which were conference games. Despite spending most of break away from home, sophomore forward Kellie Lampo was able to look at the bright side of practicing over Christmas.

“I think [one of the] advantages for us is that we get to stay in shape,” Lampo said. “We don’t get to take a full month away and then have to come back and have nothing … We have to keep playing. It’s our season.”

Head Coach Tim Kirby has been coaching the women’s basketball team for 13 years. Kirby said that Christmas break allowed the team to have “true practices” without as many distractions. He believes even though the team is young and consists of only freshmen, sophomores and juniors, they are still improving and working hard every day.

“We have a bunch of good people on our team,” Kirby said. “I wouldn’t trade them for anything. They are just a bunch of good girls that are trying to do things the right way and work hard for us.”

The men’s team, however, struggled following its victory in Arkadelphia. They have lost six consecutive conference games since returning from their break, including three at home.

Despite the team’s recent skid, junior forward Adam Horn said he believes this year has bonded the team together.

“Through my experience at Harding, we’ve won some and lost some,” said Horn. “But what has been consistent is the teammates. This year, I’ve really liked the teammates… it makes it easier to lose when you get to spend time with people you enjoy. That is my favorite part.”

The men’s team is currently 5-11 (3-7) as of press time, while the women sit at 11-5 (6-4). Both team’s next play in Weatherford, Oklahoma against Southwestern Oklahoma State University (SWOSU). The SWOSU Lady Bulldogs enter the game in first place in the Great American Conference, while the SWOSU men’s team enters the game in last. Opening tip for the women’s game will be at 11 a.m. with the men’s game to follow.

Harding softball ranked in the top three in preseason rankings