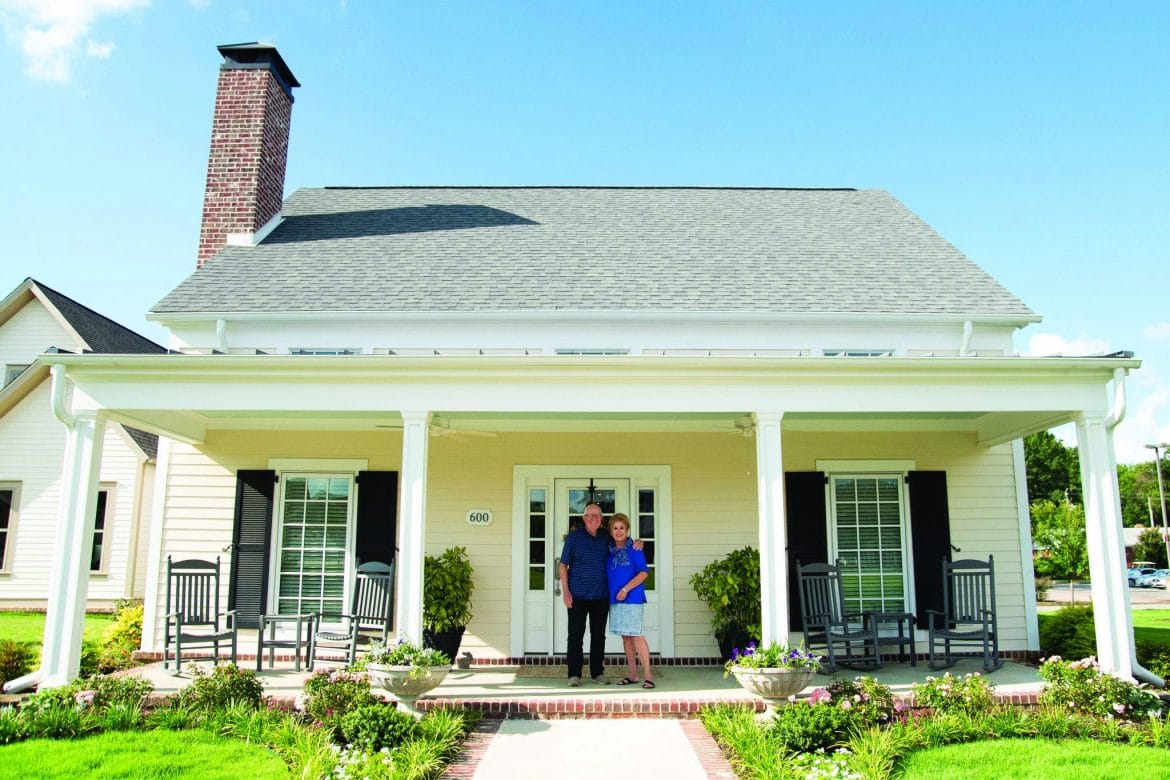 Searcy Tour of Homes has been a holiday tradition for many families in the Searcy community for the past 36 years. Heather Kemper, event and project director for Women for Harding, said she has seen many groups of friends, mothers and daughters and families visit the homes year after year. This year’s tour featured five homes located in Searcy.

“Typically, we try and find houses that are interesting architecturally, are a fixer-upper or have a unique interior,” Kemper said.

Durwood and Louise Pickle are residents of 600 E. Pleasure Avenue in Legacy Park. They were one of the five houses featured in the tour of homes this year.

“It is a great honor to be chosen to be a part of the tour because we are proud of our home,” Louise said.

The Pickles said the most unique aspect of their house is Durwood’s family Christmas paintings. Almost every year, Durwood paints a picture of their grandchildren in a Christmas scene and creates it into a Christmas card. The Pickles showcased the paintings hung around the home during the Tour of Homes.

“Anyone who puts in a lot of effort wants their work to be admired, and we’re excited to share that with people,” Louise said.

Not only do they offer their scholars support financially, but each student gets assigned a mentor who provides support mentally, emotionally and physically. To be a Woman for Harding Scholar, a student must give back to the community throughout the semester. The Searcy Tour of Homes is one of the opportunities in which the scholars have to serve. The scholars serve as greeters at the doors of the homes on the tour.

“The Tour of Homes benefits both students and the community by combining hospitality with holiday cheer,” Countess said.

The Procells, Roses, Webbs and Williams are the other four families whose homes were featured in the tour this year.