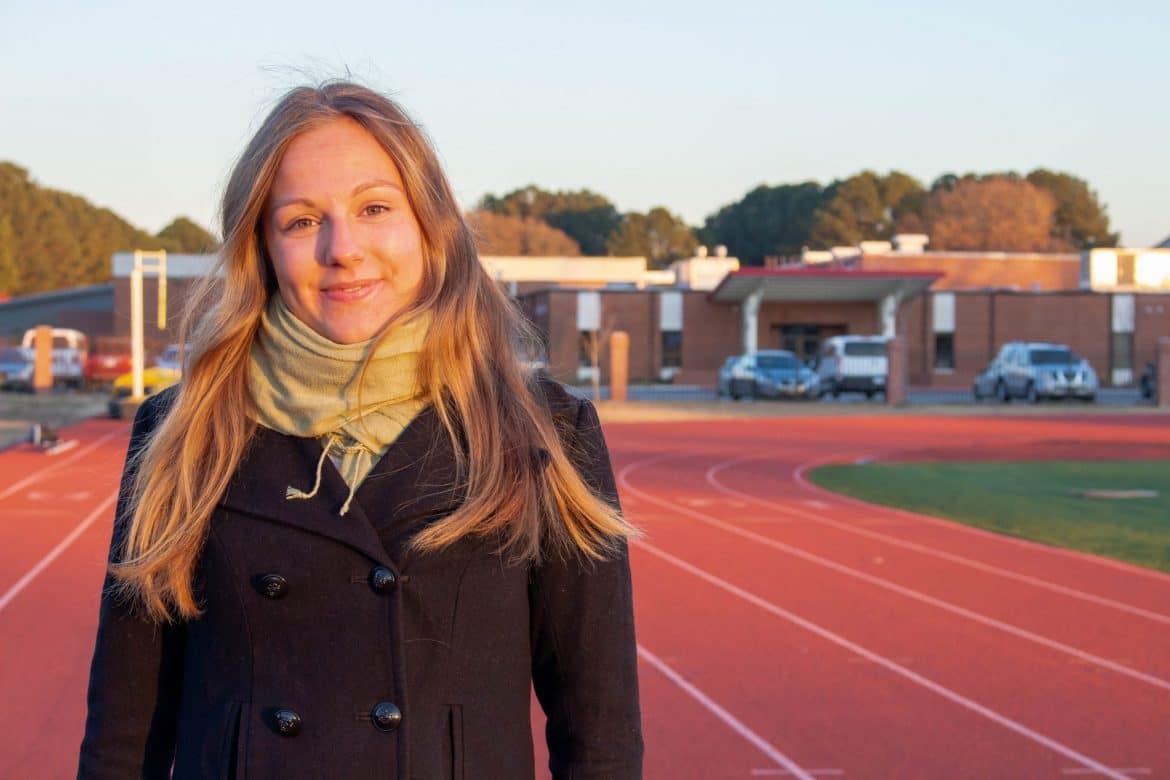 Sophomore Alicja Minczuk qualified as an individual for the NCAA Division II National Championships in Pittsburgh, Pennsylvania on Dec. 1. Harding as a team failed to qualify after they finished 14th at the Central Region Meet on Nov. 17. Minczuk is Harding’s first individual runner to qualify for the national race since 2012. The last time Harding as a team qualified for the national meet was 2015.

Minczuk earned All-Central Region honors this season, and was one of eight runners in all of Division II to get to compete in the national meet. Men and Women’s Head Cross-County Coach Steve Guymon said Minczuk often has to practice by herself, because her pace is faster than the team as a whole.

“It has been fun watching her improve, as she’s taken the role of our number one runner,” Guymon said.

Guymon describes Minczuk as a determined and hard working runner who is her own toughest critic.

“She pushes [the team] to work harder and perform better,” Guymon said. “She isn’t a vocal leader — she’s a hard worker, and the team watches her.”

Minczuk found out over Thanksgiving Break that she had qualified for the national meet, she said the news surprised her, but was ready because of all the practice she has put in all season.

“It’s important to keep going each day, even when you want to sleep, or do not feel your best,” Minczuk said.

When she misses a work out Minczuk feels that it gives her opponents an advantage, which is why she sticks to her training.

Minczuk competed in five races this year and was Harding’s top finisher in each. She never finished below 10th place, finished third in the Great American Conference Championship, and won the Little Rock Invitational on Oct. 13.

Minczuk is the fifth Harding runner in the NCAA era to get a spot as an individual runner at the national meet. On Dec. 1 she placed 197th out of 264 runners, her time was 25 minutes, 41.5 seconds.