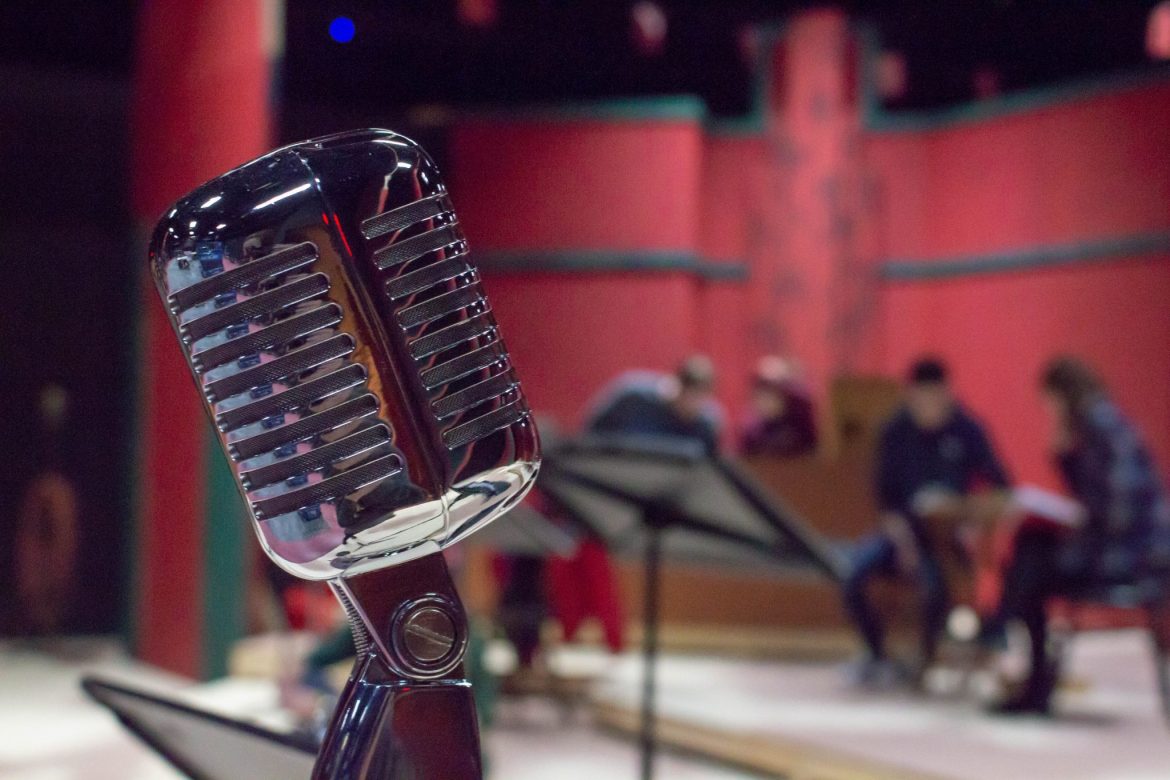 “It’s A Wonderful Life: A Live Radio Play” will run this Dec. 6-8, and tickets are $10 or free with a CAB pass. | Photo by Loren Williams

Harding University Theatre is hosting a production of “It’s a Wonderful Life: A Live Radio Play” in the Ulrey Performing Arts Center at 7 p.m. Dec. 6-8 with an additional matinee at 2 p.m. on Dec. 8.

The classic holiday play is coming with a twist. Steven Frye, theatre department chair and professor, is directing the show and desired it to be something a little different. The show will still include the same story, but will be set up as a radio show, showcasing how radio actors created their art in the 1940s.

“‘It’s a Wonderful Life’ is a story that can resonate with all generations. […] And it provided me with the unique context of saying ‘Let’s present it in a totally different manner than we’re used to doing it’ and that is the context of a live radio broadcast,” Frye said.

The story starts in present day with the main character and transports the audience to 1946 where the rest of the cast is performing “It’s a Wonderful Life” on a radio show.

The cast had to learn how to become foley artists, creating the sound effects for the “radio” show they are part of. Freshman theatre major Cassie Weaver plays Hatch and said she enjoyed getting to learn and experience the difference between radio acting and stage acting.

Weaver believes this story is important for our community to see.

“I think it’s just important for people to be able to see what their friends and families [lives] would look like without them in it,” Weaver said.

She said Frye has encouraged the cast at the end of each rehearsal to reach out to a different person in their lives and tell them that they matter to them — to tell them they are significant and important.

Junior Caroline Hahn, stage manager for the show, said she learned even the smallest things you do in life matter, which comes as a highlight of the show.

“The entire story is basically about why every life matters. You kind of already know that in the back of your head but I think it was kind of more like a thing that you have to be reminded about,” Hahn said.

Tickets are $10 or free with a CAB pass and may be purchased on hardingtickets.com or at the Parent and Alumni Relations Office in the Heritage lobby.