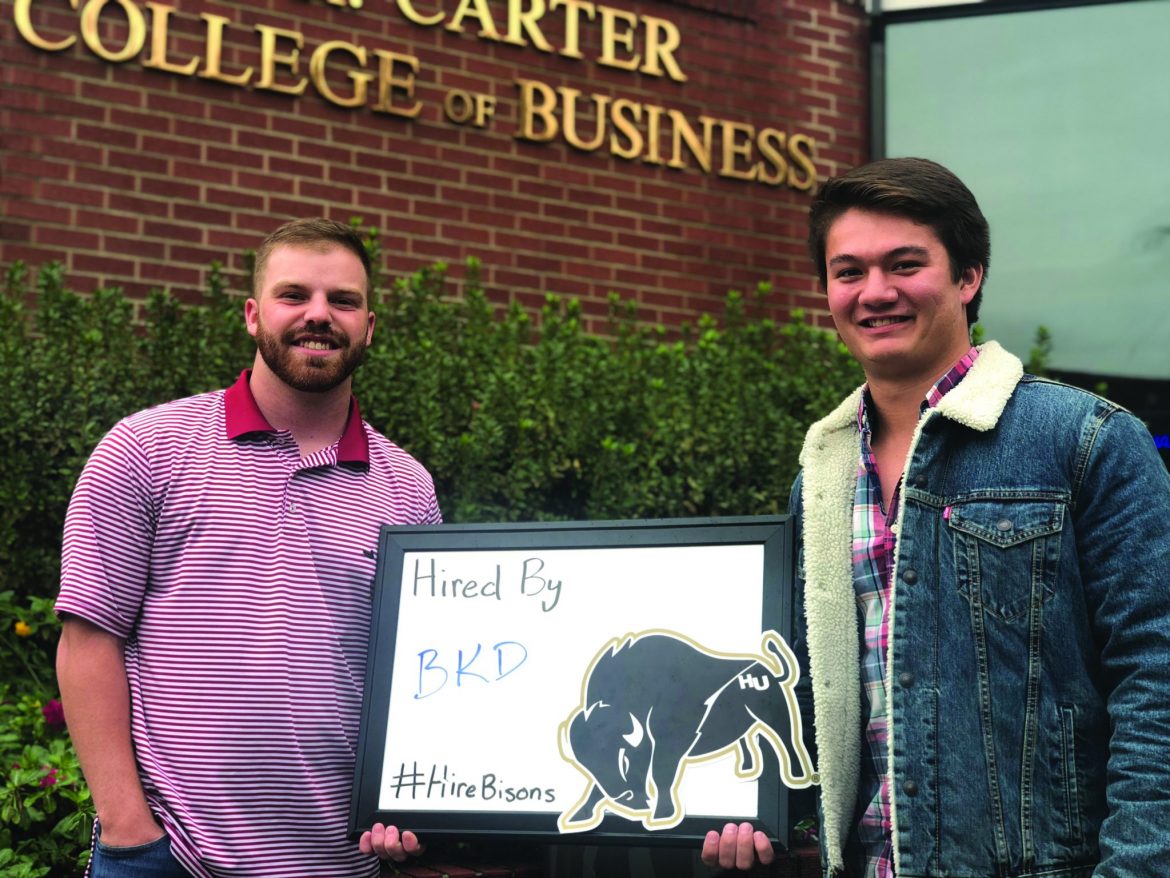 After the leftovers have been eaten and the pumpkin pie is just a distant memory, there is only one trace of Thanksgiving left on your mind — Uncle John’s pressing questions of what you will do after college. For December graduates, that question is even closer to home, but for some students in the College of Business Administration (COBA), they are already taken care of. Harding University’s Center for Professional Excellence keeps a vigilant eye out for job and internship possibilities for their students and are constantly updating their Instagram, @hucpe, with new opportunities to apply and to be hired. Additionally, they run a social media campaign, #hirebisons, to showcase the students who have been hired for jobs and internships.

Senior finance major Riley Smith said that COBA has made it easy to start applying for jobs and internships. In many COBA classes, students will work on building their resumes and learning interview skills. Smith said her professors have even gotten her in contact with alumni who work at companies that she has shown interest in.

“Seeing so many of my friends and peers getting to post #hirebisons pictures encouraged me to start seriously looking which internships I would want to pursue,” Smith said. “I just knew that I wanted to have my picture made someday too.”

#hirebisons is not just a celebration of the student’s hard work, it is a reminder to other students to keep applying for jobs and internships while they are in school.

“I think that #hirebisons campaign creates awareness for students to search for opportunities,” Thomas said. “The Center for Professional Excellence is showing students that there are a bunch of great opportunities out there and we are able to help get them some opportunities they want.”

Managing schoolwork alone is stressful for so many students, and applying to jobs and thinking about your future is just another plate to balance, but the Center for Professional Excellence makes it as easy as they can for students in the College of Business Administration.

Home away from home