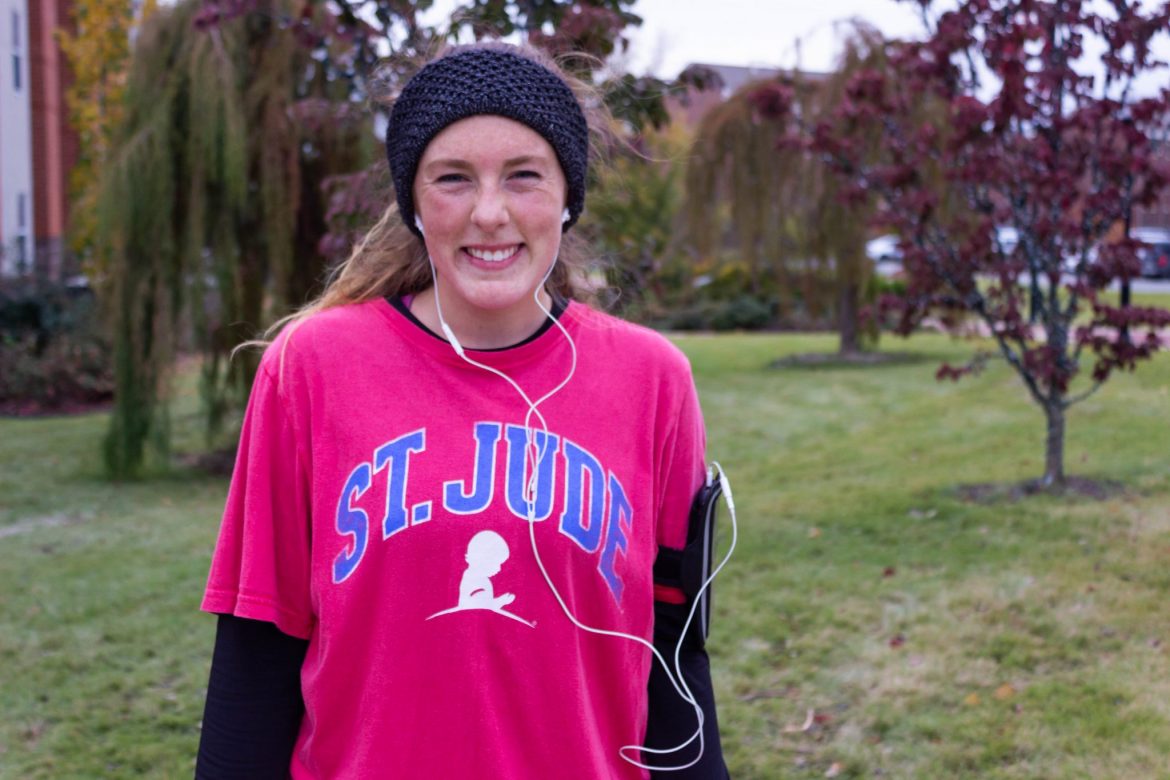 St. Jude is hosting their annual Memphis Marathon Weekend on Dec. 1, and several Harding students are training to participate.

Former Alsac intern and senior marketing major, Meagan Hoard, said the marathon weekend is the biggest fundraising event for the hospital. Alsac is the fundraising and awareness organization for St. Jude.

“Having interned at Alsac, I know that a huge chunk of the money raised does go to the hospital, so it makes me feel confident in what I’m doing,” Hoard said.

Hoard signed up for the marathon as a St. Jude Hero, which means she has set a fundraising goal of $600 for the race.

“I think it’s an amazing mission, and that makes me want to run as a hero,” Hoard said.

Hoard said becoming a hero has been a good accountability system because she has already committed to raising the money for the hospital. She said becoming a hero makes the brand visible to more people, which leads to a broader awareness for the work that St. Jude does.

Even for people who are not long distance runners, there are still ways to be a part of the marathon weekend. Not only do they offer a full marathon, they also offer a half marathon, 10K, 5K and kids marathon, according to the St. Jude website.

Senior nursing major Taylor Curran said she does not like to run and has never been a long-distance runner, but she wanted to support St. Jude and the work they do to benefit the lives of children. Curran said a friend mentioned the half marathon at the beginning of the semester, and at first, she was not going to participate. Once she found out more about the race and what it was for, however, she decided she wanted to be a part of something bigger than herself. Curran said training for the half marathon has been a challenge, but it has been a fun challenge to work through.

Junior molecular and cellular biology major Landon Genry said he heard about the marathon weekend from people that ran it last year.

Every penny at St. Jude goes to a family while their child is receiving treatment. Not only do they take care of the patients and their families, they also conduct research, which they openly share with the world. Their mission is to treat and defeat chronic illnesses in children, according to the St. Jude website.

Students hold lit candles on the front lawn during the service Sept. 6. Photo by Audrey Jackson