Bisons struggle in first half of NCAA Tourney matchup against FSU 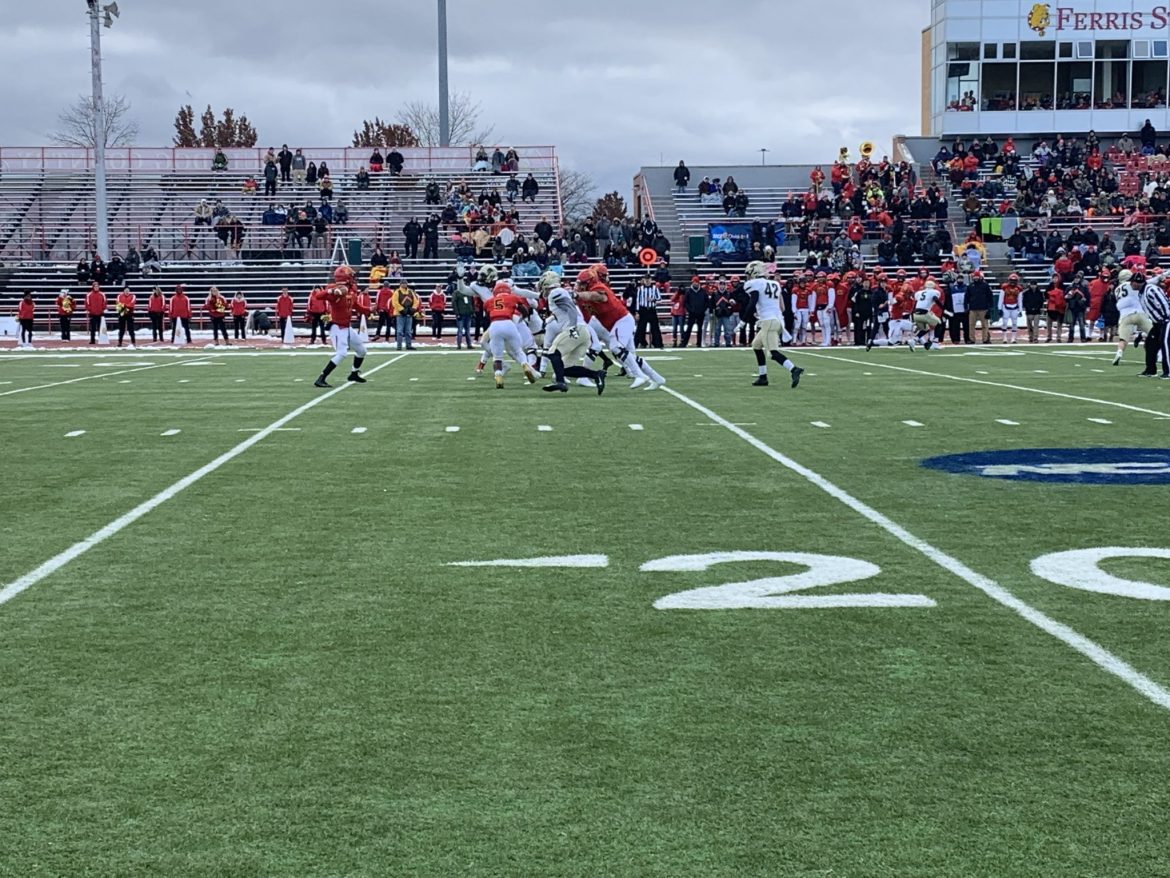 The Bisons have struggled in all three dimensions of the game. On offense, the Bisons rushed for only 90 yards and managed only four first downs. Sophomore starting quarterback Preston Paden threw his first interception of the season before being forced to leave the game under concussion protocol but will return for the second half.

FSU junior linebacker Avonte Bell has racked up seven tackles, including a big tackle for loss in the second quarter by Harding freshman backup quarterback Grant Fitzhugh. Bell blitzed up the middle of the Bisons line on almost every play in the second quarter and shut down Harding sophomore fullback Cole Chancey, who has managed only 23 yards.

On defense, the Bisons struggled throughout the first have to slow down FSU junior quarterback Jayru Campbell. Campbell leads the Bulldogs in rushing with 48 yards on 10 carries. He has one rushing touchdown. In addition, the gunslinger has completed seven-of-nine passes for 83 yards and a touchdown.

The Bisons special teams have also had their fair share of mistakes so far. Junior punter Cameron Scott shanked a punt early in the second quarter, which led to an eight-play, 34-yard touchdown drive for the Bulldogs. FSU also benefited later in the half from a high snap on a punt deep in Harding territory. Scott recovered the fumble and tried to punt the ball, but it was blocked. The Bulldogs scored on an eight-yard drive.

Harding was out-gained in the first half 174-90, but the key stat right now is average starting field position. Two of FSU’s scoring drives started inside the Harding 40-yard-line. The Bisons, however, have not started a drive outside of their own 30.

Bisons prepare for their playoff game against Ferris State