Harding football makes it three straight trips to the playoffs 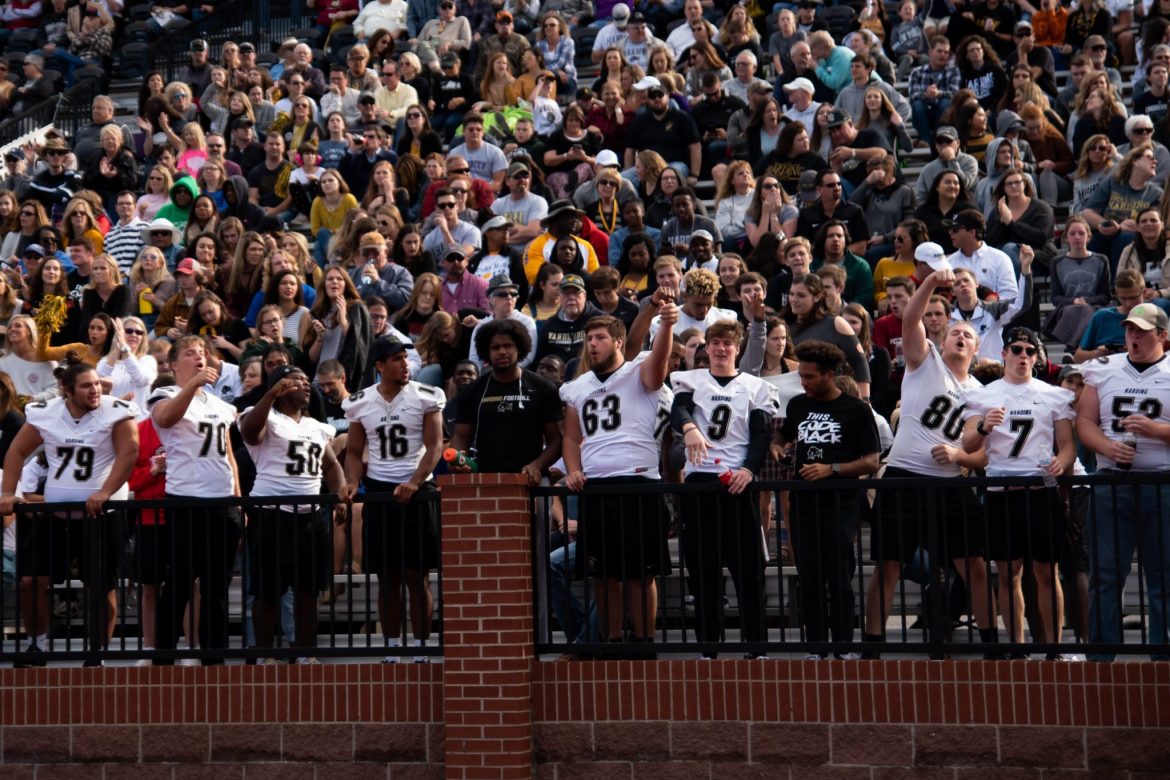 The Harding Bisons are back in the playoffs for the third consecutive year after the NCAA announced on Sunday that they are one of 28 teams playing for the Division II national championship.

Harding earned the No. 7 and final seed in the Super Region Three and will play Ferris State University next Saturday Nov. 17 at 12 p.m. CST in Big Rapids, Michigan. Harding finished the season 9-2 but was still outside the playoff picture entering their final game against rival Arkansas Tech University (Tech).

The Bisons took care of business with a 28-0 shutout victory over Tech, giving them a 9-2 record. Both Fort Hays State and Northwest Missouri State won their games in dominating fashion, so the Bisons’ only hope came down to the University of Arkansas Monticello (UAM) upsetting SAU at home.

UAM entered the game with a 5-5 record and had turned in weak performances against the upper echelon of the Great American Conference (GAC) all season. SAU was a large favorite in the rivalry matchup and jumped out to a 14-0 first half lead. Harding’s playoff chances were on the ropes.

SAU held a 17-7 lead entering the fourth quarter, and despite their dominant win earlier that afternoon, it seemed Harding’s season was on life support.

That is when the tide turned. Because of the wet and windy conditions, neither team had managed to kick the ball well all day. As a result, SAU opted to try to convert a fourth-and-one from inside the red zone and UAM’s defense held.

UAM put up 10 unanswered points on a combination of deep passes and effective running. They got the ball back with less than a minute to play and the score tied 17-17.

With just three seconds on the clock, UAM lined up for a 34-yard field goal. Despite the wet and windy conditions, junior kicker Josh Marini put the ball through the uprights and put Harding through to the first round of the playoffs.

On Sunday, the NCAA Division II Football Committee made it official: Harding will now face Ferris State in a rematch of last year’s Super Region Three championship game. The Bisons won that game 16-14 on their way to the best finish in school history. Ferris State is undefeated on the season, 11-0, and won the Great Lakes Intercollegiate Athletic Conference Championship.

If Harding wins, they will advance to take on the winner of No. 3 seed Grand Valley State and No. 6 seed Northwest Missouri State.

Hang up and hang out: 48 hours phone free