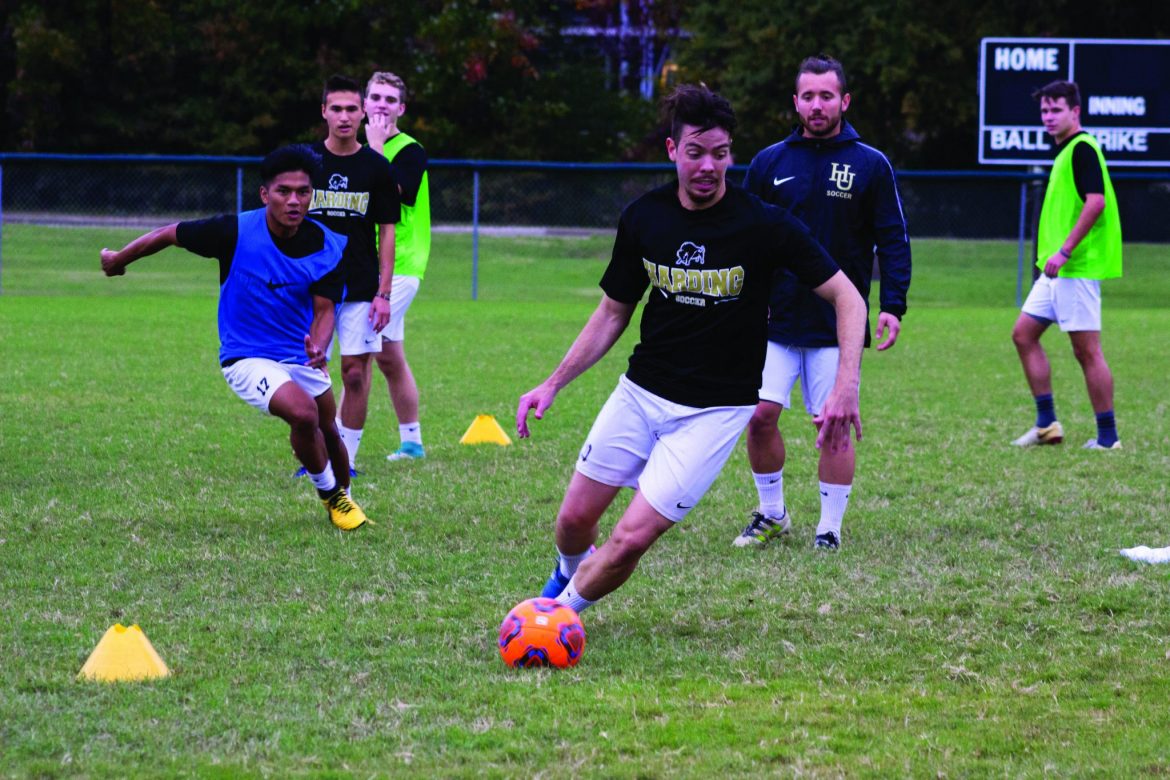 Player’s Only is written by Harding Athletes, this week Matheus Ribeiro tells us what it is like being an international student athlete.

I am Matheus Ribeiro, an international athlete at Harding University. I have been part of the soccer team since 2016, and I have a lot of experiences from my journey so far as a soccer player and as a student from Harding.

First, how did I end up in Arkansas coming all the way from Brazil? Usually, this is the first question people ask me when I say I am from Brazil. I grew up playing soccer in my neighborhood. This was a pretty common thing during my childhood, as every single kid would play soccer in the streets. I played for different academy teams in Brazil, and one day I realized that soccer could be a sport that would give me opportunities in my life. Next, I got in contact with some college coaches in the United States through a Brazilian soccer agency, and then I got offers from some universities. I went to a junior college in Kansas called Coffeyville Community College, and that is how my story in the US started. Men’s Soccer Head Coach Jon Ireland got access to my highlight videos and offered me a scholarship. After one year in Coffeyville, I decided to move out and accept my offer from Harding. Although I did not know anything about Arkansas, Searcy or the school, I was sure it would be better than Coffeyville, Kansas.

If I had to describe what it is like being an international athlete in one word, I would say “awesome.” Lots of barriers come first when you are international, and that is why it is awesome to be part of the international athlete group in the U.S. Language, food and culture are always the first things that impact you. However, the biggest thing is when you are out of your country, specifically as an athlete, you are out of your comfort zone. This is really important, because it makes you a much better athlete.

Now, being an international athlete at Harding University is an everyday challenge. First, the self-pressure of performance lies on my shoulders. If I do not perform well at the games or showcase my skills to help my team, I put my scholarship at risk, which is the reason I am at this university. However, I believe this is not only an international athlete feeling, but it is something shared among most of other athletes and several other guys on the soccer team.

Second, understanding Harding ideology is quite interesting, and you can see this on the soccer field when you compare our way of playing soccer with that of other schools.

Third, people here have helped me to develop my spirituality and faith, which I consider two of the most important things to grow in life. Also, at Harding I had the chance to know two of the most talented players I have played with, who are junior midfielder Andre Cunha and senior midfielder Julio Martins. They are both from the soccer team and have taught me a lot during these years.

Finally, I am really thankful for all the challenges I have faced so far, and I am thankful for the opportunity to be here and be part of the soccer team’s history and victories; absolutely everything we have achieved as a team so far is incredible. I am thankful for the opportunity that the Harding soccer team has provided by opening the doors for me. Now, the time is still going on for me here to add new chapters to my story as an international athlete at Harding.

Just the Clax | Just the Vacs