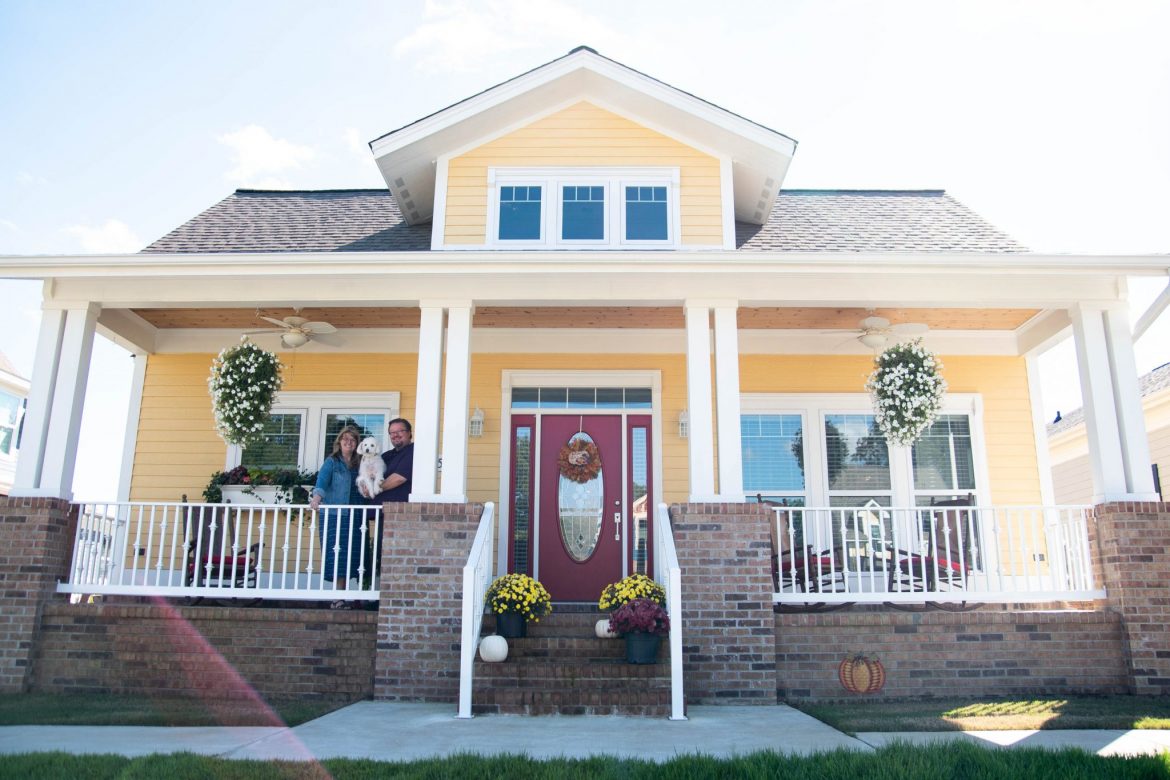 The Kees find their way back home

Life has come full circle for David and Paige Kee who, after returning to Searcy six years ago, find themselves living in their dream home between their parents-in-law. And they could not be happier.

The Kee’s first heard about the plans for Legacy Park when Chancellor David Burks held an informational meeting for all interested. Dr. David Kee, assistant professor of business administration and Paige Kee, adjunct professor attended the meeting along with Paige’s parents who, according to Paige, were only supposed to be there to come and hear about the development because her and her husband were interested. However, by the end of the meeting, Paige’s parents where the first to turn in a deposit to reserve a lot in Legacy Park.

After reserving their own lot, David and Paige were able to design their home exactly how they wanted and with features that met their specific preferences.

“We love every part; we really love it. When I’m doing stuff, I think ‘I’m so glad we did that,’” Paige Kee said. “Like for example, we made the hallways really wide. They are wider because those little things make a smaller house look bigger so walking down the hallways isn’t tight, it’s roomy. We made our counters in the bathroom and kitchen higher than usual so you aren’t leaning down to brush your teeth or do things, which to me seems much more logical.”

They were also able to include things in their home that they had not had in previous residences. Their love for students is a big reason they love living on campus.

Senior exercise science major Jenny Gomez has been attending the Kees Wednesday night Bible study since the beginning of last year. According to Gomez the Bible study has given her a church family.

“I always look forward to Wednesdays; I love to show up early and stay late,” Gomez said. “It is a great time. The Kees have been a huge blessing in my life and I love them dearly.”

The Kees have different outlook when it comes to being close to students.

“Accessibility to students and accessibility from students, you know, so many professors think we are crazy,” Paige said. “The last place they would want to be is smack dab in the middle of campus, but we are the exact opposite. So this is a dream come true to be on campus. We love Harding so much, and we loved our time at Harding so much and getting to live on campus. It is just awesome.”

“My walk to work from here to the business building takes me all across campus, so imagine every day walking across the Front Lawn while everyone else is asleep, because I go to work early,” David said. “I get to walk that beautiful walk; it’s awesome to be able to do that.”

The Kees live in between both sets of parents-in-law, and they absolutely love it Paige said. Since they both have a close relationship with their parents, having them live close is ideal.

“I’m really, really close to my parents, so I get to see them every day and that doesn’t usually happen to people after college,” Paige said. “We get to take care of each other.”

Living in a great location surrounded by favorite people sounds like a dream, and the Kees are living it.