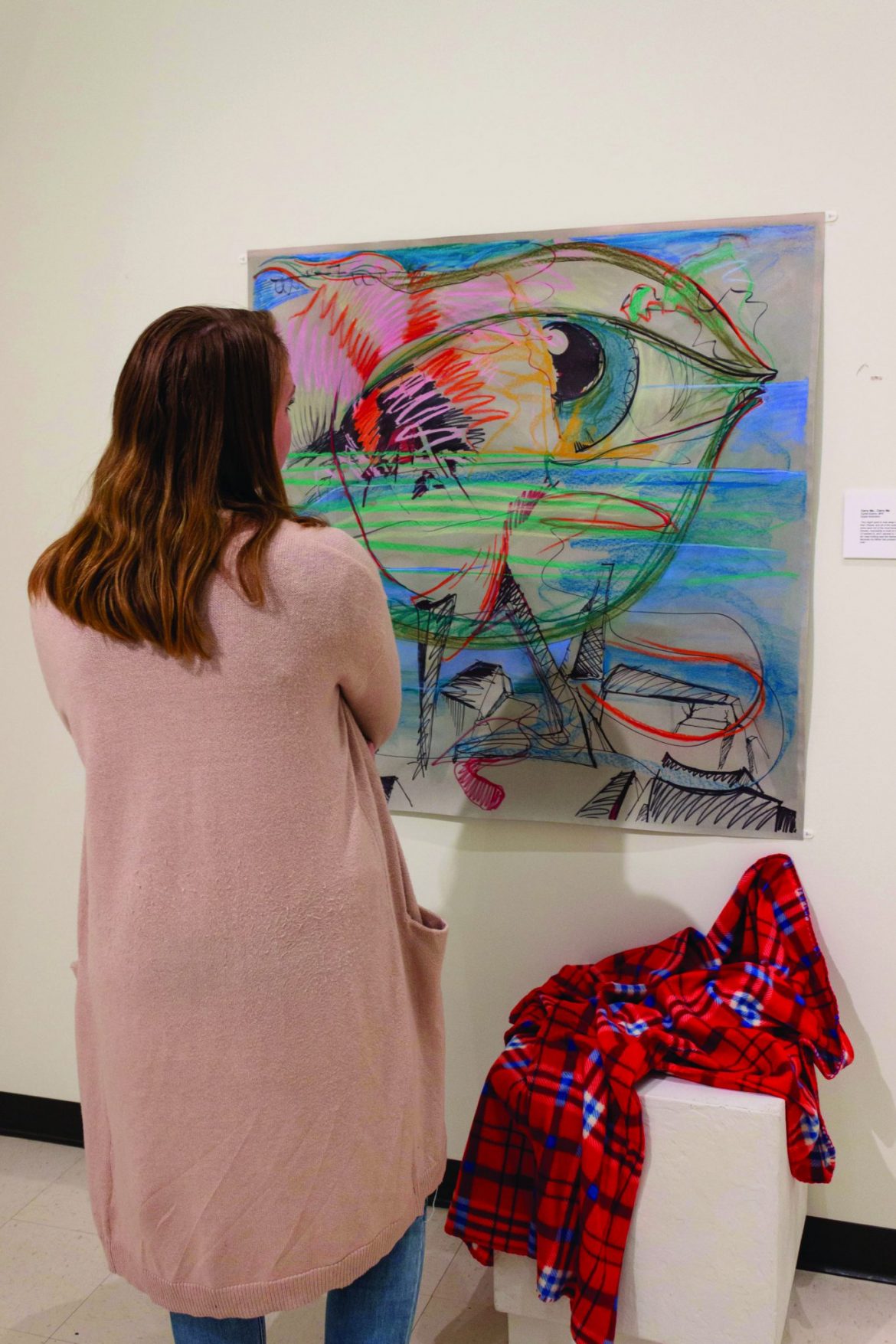 The Mildred Taylor Stevens Art Center is hosting an art exhibit until Friday, Oct. 26. The exhibit, called the Big Fish Art Show will be collaborating with the Homecoming musical. Ben Jones, director of the musical, approached Daniel Adams, chairman and professor of art, about this collaboration; making this the first time the art and theatre departments have collaborated in this way.

The show features both student and faculty member work, each artist creating a piece inspired by chapters from the 1998 novel, “Big Fish,” which the musical is based on. Adams separated a paperback copy of the novel into chapters, and gave individual chapters to students and faculty in the art department to inspire their pieces, passing out a total of 25 chapters. The artists have freedom to choose whichever medium or size they wish to convey the message of each episodic chapter.

Hannah Cummins, a senior graphic design major, is creating a linoleum block print. Her chapter describes a day when Alabama was covered in ice and snow, and Edward, the central character, created a 16-foot snowman with his father. Her piece is her snapshot interpretation of the day described. Cummins immediately fell in love with the concept of collaborating with the theatre department for the Homecoming show.

“I think it is a really cool concept and it creates a unique design opportunity for the community,” Cummins said.

Clae Walker, a senior graphic design major, is creating an illustration. Her chapter describes Edward Bloom asking out his sweetheart, not knowing that she had been proposed to earlier that day, and she told them both she would think about it. Walker said that she loves collaborating with the Homecoming musical and wishes it had been done every year.