Home Sports What do athletes sacrifice for the sake of their sport?

What do athletes sacrifice for the sake of their sport? 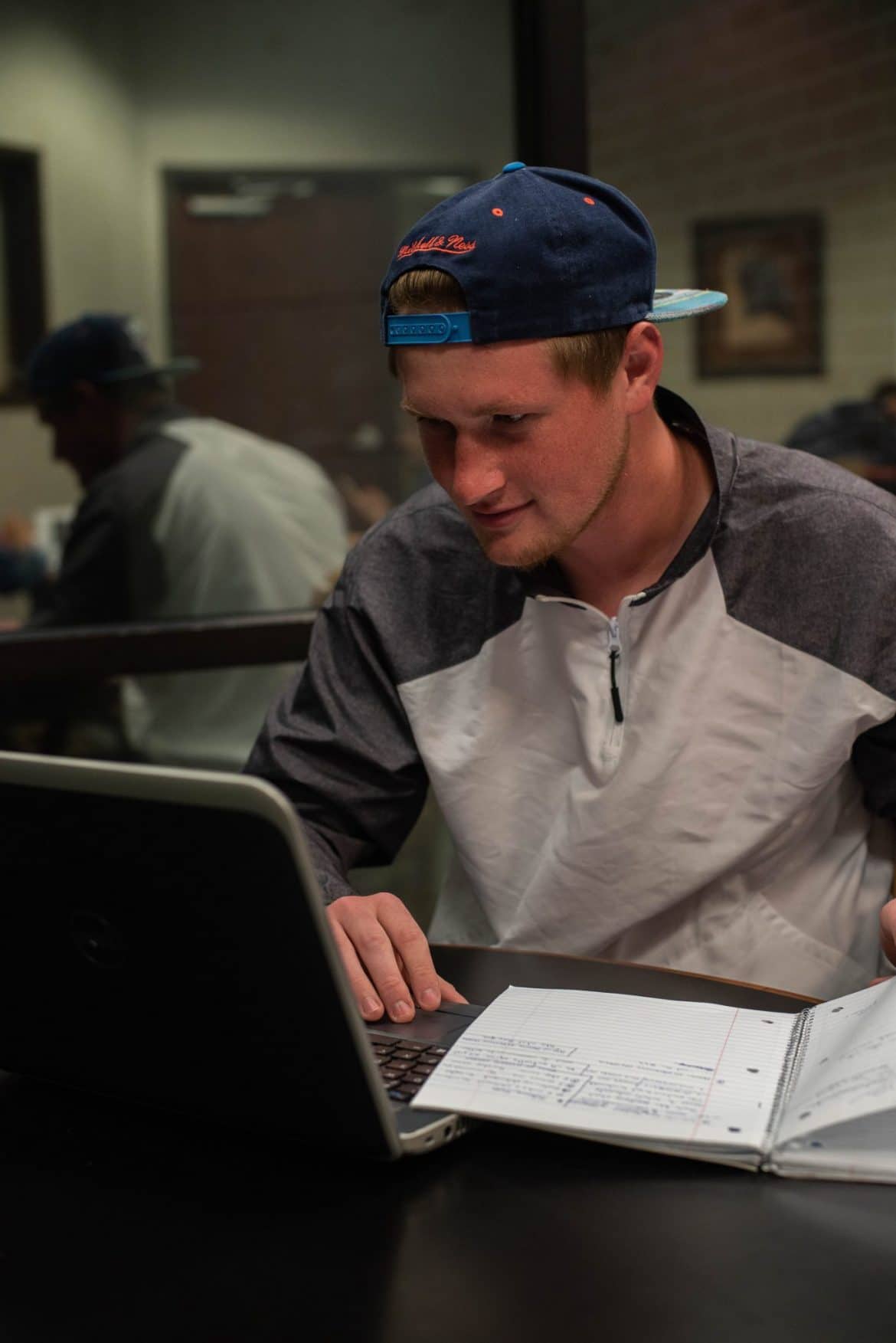 Athletes at Harding University are used to playing opponents from across the Great American Conference, but when the lights go down and the fans go home, student athletes are forced to face a new opponent: time management.

Division II student athletes participate in athletics for an average of 32 hours a week, according to the 2015 NCAA GOALS Study of the Student Athlete Experience. The results also revealed that the average student athlete also spends 38.5 hours a week on academics.

Junior women’s basketball guard Peyton Padgett said she was heavily involved in sports and academics in high school, which helped prepare her for her time as a collegiate athlete.

“Time management is a big deal, and especially freshman year I struggled with it,” Padgett said. “I still struggle with it to a certain degree, but our coaches are really supportive and keep on top of us.”

Padgett was picked for the CoSIDA Academic All-District team last season, but she said one of the hardest parts of balancing academics with athletics comes when the team plays games on the road.

Michael Wasson, a senior goalkeeper on the men’s soccer team, said he has to miss a lot of class for away games. In the first three weeks of the season, he said he missed around 10 class periods. While he does get to study on the bus, Wasson said it is not enough for him to keep up in class.

“Anybody can read the textbook,” Wasson said. “But what happens when you don’t have someone to ask the questions to?”

Wasson has been a star in the GAC this season, winning four GAC Goalkeeper of the Week awards. He said it is hard to maintain that level of performance when a large part of his time has to be dedicated elsewhere.

“Some people work at Chick-fil-A or Taco Bell,” Wasson said. “For me, being at school and playing soccer is a job. Either you work hard in both and you succeed, or you don’t work hard at all and fail.”

However, Wasson said he would not prefer to spend less time on the road.

“I hate it but love it at the same time, because I get to grow those bonds with [my teammates],” Wasson said. “If you take that out, the bonds don’t grow as much.”

The workload of academics and athletics leaves little time for a social life. The average student athlete only spends 17.1 hours a week socializing and relaxing, according to the GOALS study. That number is down from 19.5 hours in 2010.

“Your day is just really packed,” Padgett said. “When we have off days in the middle of the week, if we ever do, it just feels funny. I’m like, ‘What do normal students do?’”

Padgett said she does go on hikes and attends football games with her teammates, but she added that most of her time is spent catching up or getting ahead in school.

“You have mixers you have to show up to [after practice] in T-shirts, shorts and ice,” Webb said. “Sometimes there are mixers that do not end until 11 at night, and we have practice early the next morning.”

Webb said she talked to many current and former players about the process.

“[They said] when you are in midseason and want a break from basketball 24/7, it is nice to have friends from somewhere else,” Webb said.

Padgett said she did not join a club freshman year because she did not have time, but she feels that her team has become her social club. She is not the only athlete to share this sentiment. According to the GOALS study, a high number of athletes in every division of collegiate athletics say all of their closest friends are teammates. Wasson agreed.

“I’ll have these guys in my life for the rest of my life … that’s probably one of the best parts of [playing soccer],” Wasson said.

Athletics do not only take time away from students that could be used to pursue academic success and social endeavors; they also can keep students from participating in other extracurricular activities.

Senior Makayla Twigg ran track her first year at Harding but decided to quit when she realized it would keep her from participating in other things.

“If I was still running, I would have never been able to be President of [Black Student Association] or do [Harding’s student newscast, “Live at Five”],” Twigg said. “I have learned so much from that which I don’t think I would have gotten from track.”

Twigg said she misses the sport but feels she made the right choice.

“Now, I’m still busy,” Twigg said. “But it’s doing stuff that is going to go on my resume and help me in my career going forward.”

In addition to the opportunities missed, student athletes are often forced to stay on campus for traditional holidays. The women’s basketball team does not get to go home for Thanksgiving and only has one week for Christmas break. They also do not get a spring break.

“I am a big tradition person,” Padgett said. “I have kind of had to accept these four years are going to be different.”

Athletes’ parents often come to visit during breaks, but families have been forced to adapt to a different way of celebrating holidays.

While many sports seasons encompass an entire semester, practices and offseason drills often require student athletes to be on campus in both the fall and spring. As a result, most athletes are unable to participate in Harding’s traditional study abroad programs. According to the GOALS survey, one-third of college athletes say they would like to participate in a study abroad program, but only one-tenth will actually be able to.

Harding offers a special study abroad program targeted to athletes. Bison Athletes in Training (BAT) is a month-long program from May to June that spends time in Greece, Italy and Germany. The program allows athletes to experience a shorter version of the traditional study abroad program.

The time-management demands on athletes can have an effect not only on a player’s physical well-being but also on their mental health. According to the GOALS survey, one-third of student athletes noted that the physical demands of their sport made them struggle to find energy for other tasks. About one-quarter reported being exhausted from the mental demands of the sport.

Despite the sacrifices, athletes like Padgett continue to play the game they love.

“I knew something was gonna have to give,” Padgett said. “And I knew it wasn’t going to be basketball.”

The State of the SA | How positivity changes your presence

An Ode to Nancy | Boys will be boys