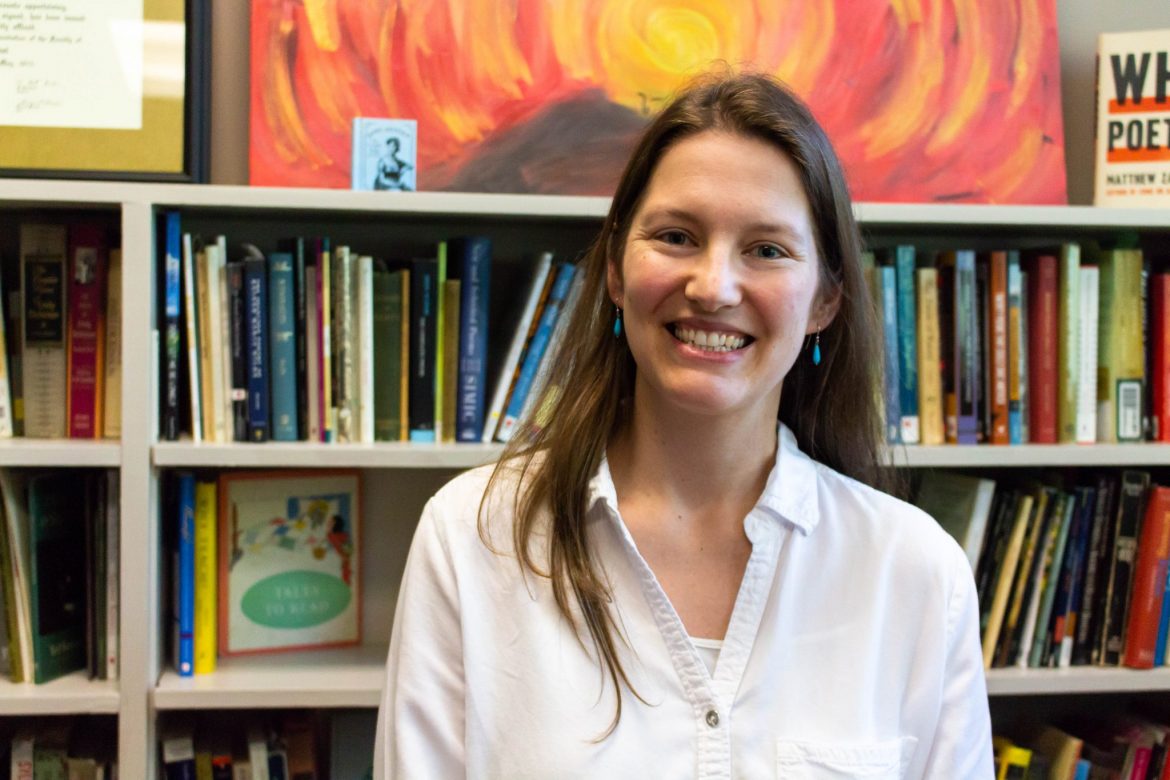 Paulette Bane, assistant professor of English, who publishes under the name Paulette Guerin, was named one of this year’s “Best New Poets” by a poetry anthology of the same title. Best New Poets is an annual anthology of 50 poems from emerging writers selected from a pool of several thousand nominees.

According to Best New Poet’s website, each poet submits two poems and can be nominated through literary magazines in the United States and Canada, from graduate-level programs or through self-nomination. The poems are then narrowed down to around 300, then to the top 50 “Best New Poets” based on the selections of a guest editor.

Bane said she first became interested in poetry in elementary school and, while all students at that age are encouraged to write, she truly took it to heart. At six years old, Bane wrote a poem, saved by her father, about a little boat that was trying to see the world. Bain said that though many children and teenagers go through a phase in which writing poetry helps them find out who they are, her desire to write poetry has remained with her into adulthood. She completed a M.F.A. in Poetry from the University of Florida and now teaches English and Intro to University Writing and Research at Harding.

“Being a writer, you work hard, alone, a lot,” Bane said. “Writing by yourself is a solitary act that is shared with a few, until suddenly thousands of people might be interested in your work, which can be a little overwhelming.”

The poem that earned her “Best New Poet” accolade is titled “An Education.” The poem was rejected 11 times before being selected in this competition, according to Bane, but she added that it is very common for poems to not be accepted among so many nominations.

Bane said that while some people think through their thoughts, others have to write them down in order to figure out what is going on inside and to truly understand themselves. For Bane, revision and writing are two different things: in revision she focuses on the craft, but in writing, she feels a communion with something beyond herself.

For most of her poems, Bane said she writes and tweaks them 20 or more times. With “An Education,” however, Bane said she had what she needed after only five drafts.

“I have learned from this experience that eventually, hard work pays off in some way, but also that it never ends,” Bane said. “This isn’t a meal ticket, and I have to keep doing what I’m doing because, no matter how good it feels, it is about the writing, not the recognition.”