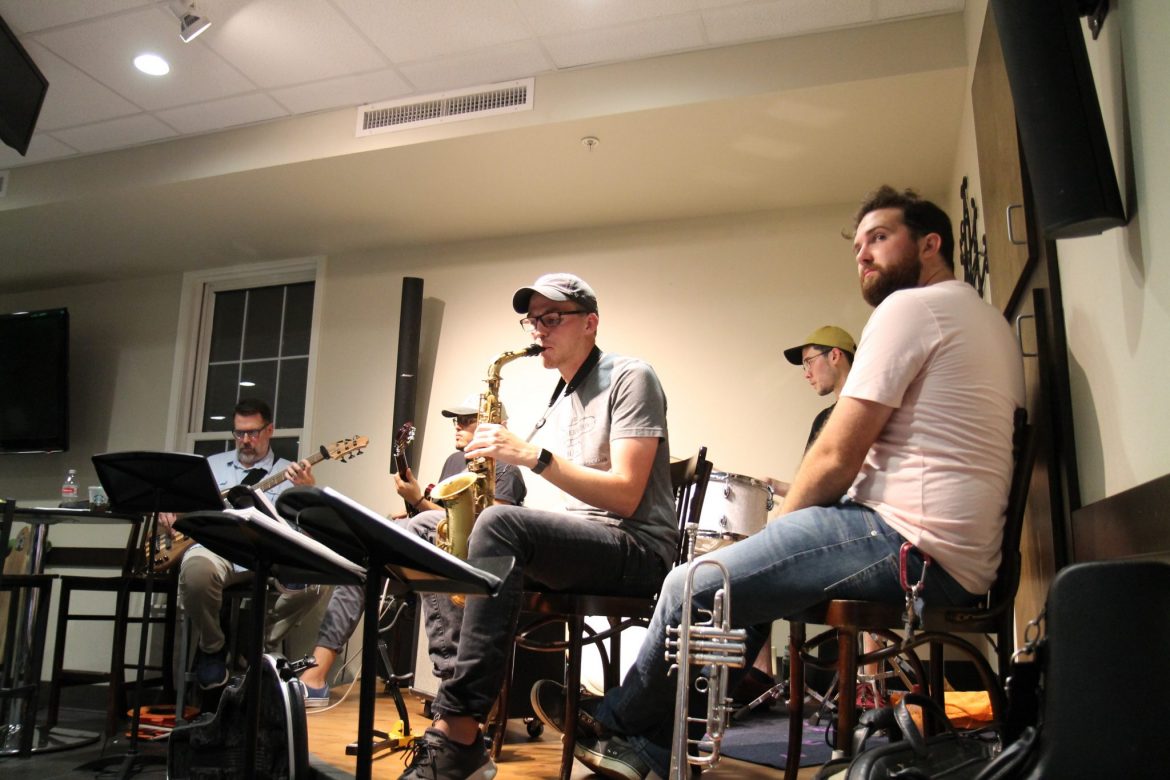 The Harding University Jazz Band is hosting their annual fall concert Thursday, Sept. 27, at 7 p.m. in the Reynolds Recital Hall. Andrew Cook, assistant professor of music and director of the Jazz Band, has a special theme planned for Thursday’s concert, an arrangement highlighting great arrangers and composers of the “big band” era, which took place in the late 30s and early 40s.

“I wanted to do that because a lot of people … know the bands of the big band era, but there was usually a great arranger behind each of those bands,” Cook said.

The first half of the concert will be songs by jazz arrangers who are lesser known to the general public, such as Fletcher Henderson. The second half will feature more well known jazz composers such as Duke Ellington and Billy Strayhorn.
The Jazz Band is a class that may be taken for credit. It is composed of Harding students of all classifications and majors who are bringing together their talents to celebrate jazz music.

“I think that the best part about it is that, because they’re really good, they challenge me, as a director, to make sure that I’m doing my best,” Cook said.

Senior Jackson Russell, guitar player for the Jazz Band, is excited about the opportunity to highlight different styles from the era.

“To be honest, I’m mainly excited for the concert because we’ll be playing new music afterwards. I like the music we’re currently playing, but I really like playing through new tunes,” Russell said.

The Jazz Band will have a few other concerts throughout the fall semester, including a Christmas concert. The band will also play a few features and accompany the ensemble and hosts during Spring Sing in April.