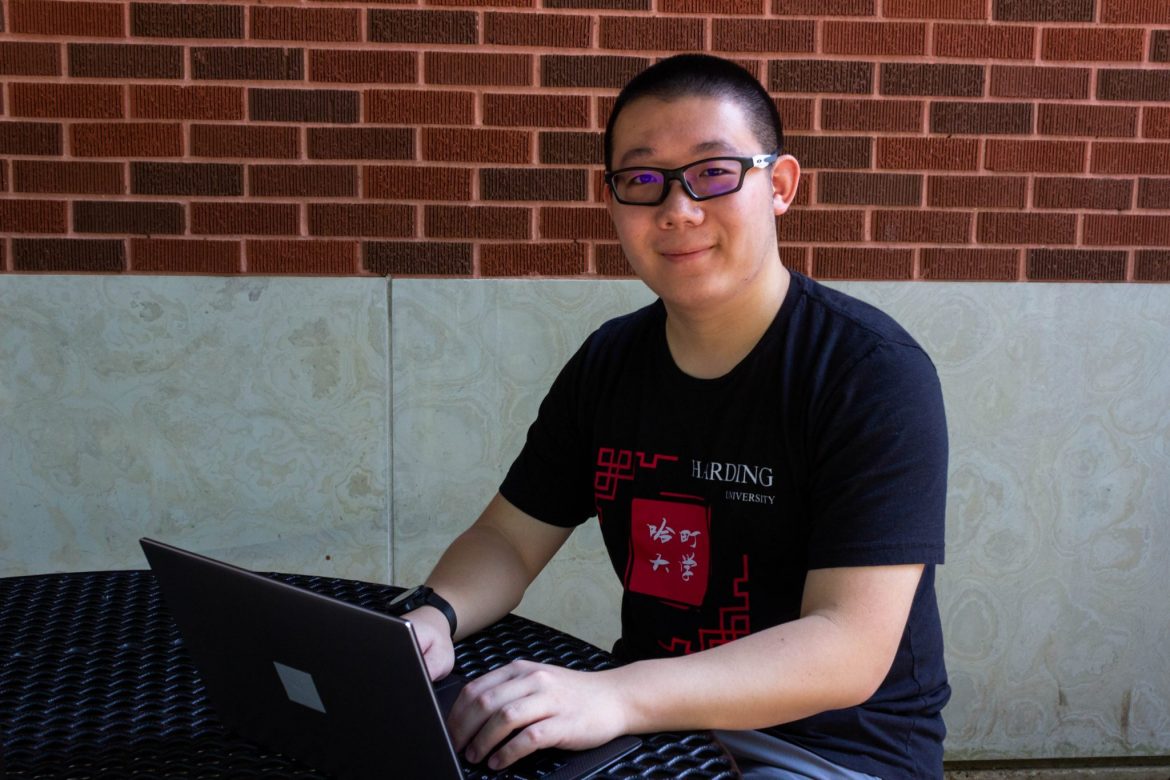 Yijun Zhang, who prefers his American name, Crescent, is a senior international business major from the Guangdong Province in Guangzhou City, China. Crescent came to Harding in 2016 through “2+2”, a program that connects Chinese students to American universities for the final two years of their undergraduate studies. Crescent transferred to Harding after studying at the Guandong University of Foreign Studies, where he took general education classes.

Crescent said he hopes to use his international business degree to pursue work that involves traveling between America and China. Crescent’s ideal job, however, would be to work for Nintendo.

According to Crescent, life in Searcy is slower than in big cities. After his move from Guangzhou City, Crescent said he was surprised by the friendliness of his Searcy peers and the presence of Harding’s other residents.

“We were amazed that we could see squirrels and rabbits on campus, and [we said], ‘Wow, that’s amazing!’” Crescent said, adding that animals were rarely seen at his former university.

“[He is] always positive to the other Chinese students,” Ling said. “Some Chinese students have questions — both academically or student-life side. They go to talk to Crescent, and they always get good answers from him.”

Steve Shaner, assistant professor of communication, is Crescent’s “American father.” Shaner first met Crescent on a trip to China. Today, Shaner and his family participate in a program that matches Chinese students with American families to provide them with a “home away from home.”

“He’s such a likable, friendly, loving guy that I think whoever meets him has a great impression of him,” Shaner said. “If he can unintentionally say, ‘I’m from China, and people in China are like me,’ I think we leave his presence with a better opinion of Chinese people.”

“It’s the perfect environment for not-native speakers to learn English … and get involved in life here. I visited my friend in Minnesota, and we went ice fishing, went trap shooting — a lot of things that can only be done in the United States,” Zhang said.

“If you want to know the real … Chinese culture, you still need to go to that country. And get involved in local life — and that’s the same for Chinese students here in the United States.”

The September Issue | Another day, another deal