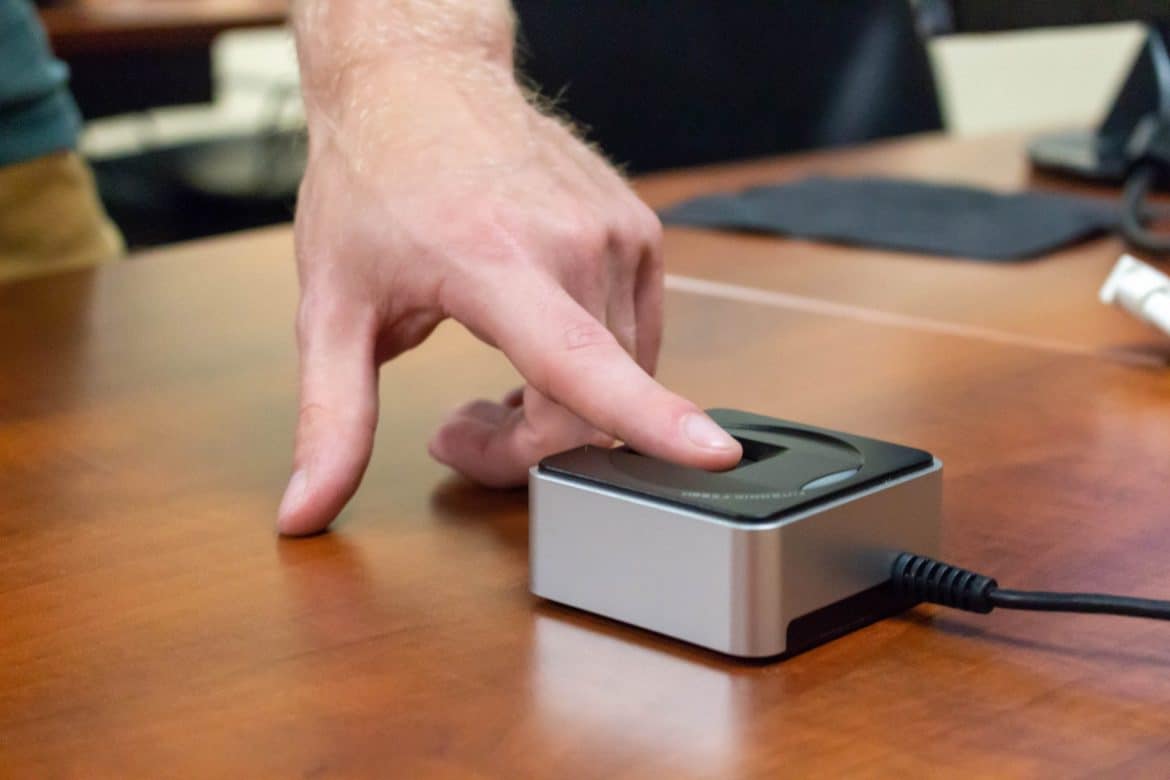 The testing lab is now requiring students to scan their fingerprints when they arrive for an exam as a safeguard to verify their identity.

The implementation comes as part of new accreditation standards required of Harding. The testing lab decided the scanners would be the best way to meet the new standards. Previously, Harding IDs were used to let you into the lab, but there were flaws in the system, according to Nikki Decker, testing lab specialist.

“Some students look alike, and the pictures are from freshman year, so some students change quite a bit in appearance years after that,” Decker said. “It was difficult for the proctors to determine if the student actually was who they said they were.”

Decker said that while Harding is not the only school to deal with these various cheating instances, there have been reported cases in which students would switch IDs to take each other’s tests or use a borrowed ID to take their own test.

However, students experience some perks with the change, too. Now even if they have lost their IDs, students can still take an exam.

Harli Belk, a testing lab proctor, said she has never caught anyone cheating but knows of coworkers who have caught students cheating.

“We hope the fingerprint scanners will encourage students to be honest about their identity,” Decker said.

Junior Saraya Dodd went to the lab last week to register her fingerprints in the system and had to wait 50 minutes because of the excessive lines.

“I heard the reason that they did it was because twins were taking their tests for each other,” Dodd said. “I didn’t think that was too big of a problem. … I feel like it’s a really big hassle for just a couple of people.”

Dodd raised the concern that the money going into the scanners could have been used for other things on campus. Dodd said women’s dorms, specifically Kendall and Cathcart Halls, need a lot of remodeling, and she feels like that is a more adamant need than fingerprint scanners.

The State of the SA