Home News Grad Hall catches up with the times

Grad Hall catches up with the times 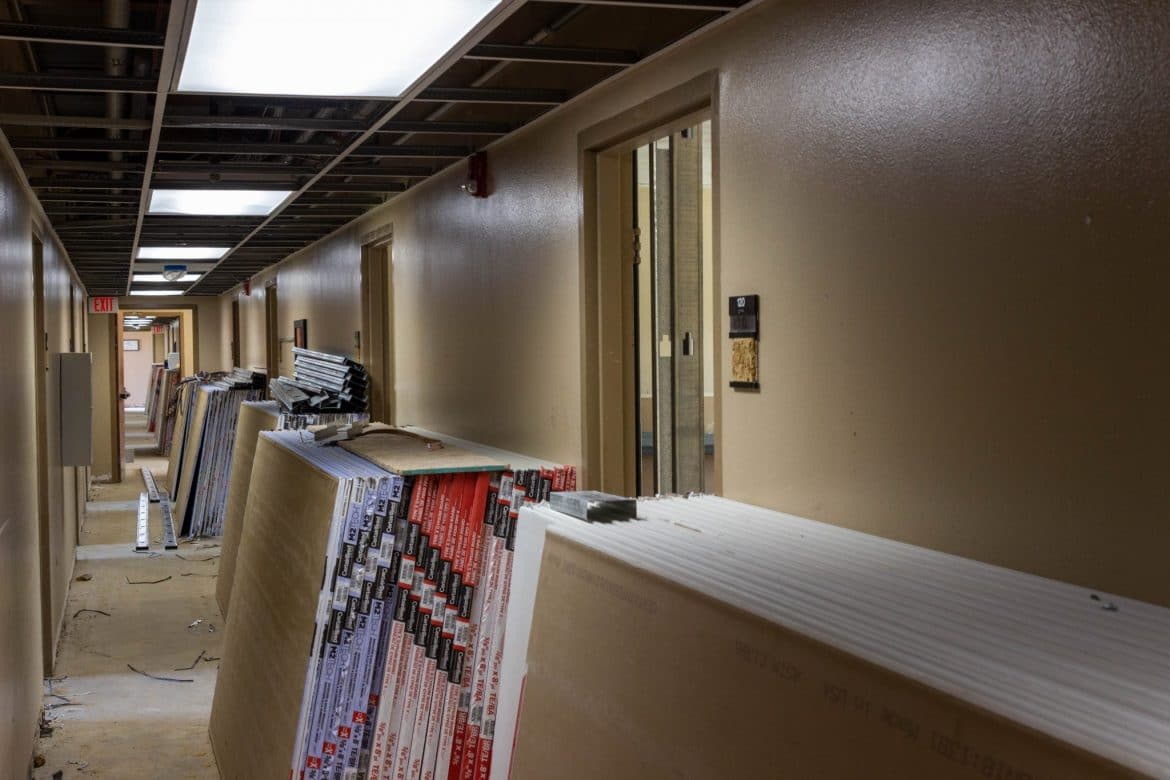 After its last renovation in 2005, Graduate Hall men’s dorm is being renovated from its original construction in 1956. The physical resources department has finished the first portion of the project and hopes to complete the second half in time for the spring semester.

April Frazier, Graduate Hall residence life coordinator for 16 years, said the renovation was needed for several parts of the building including the lobby, bathrooms and rooms and the installation of a communal kitchen on the ground floor.

With two wings of the building, the renovation had to be split into two parts. The first wing gained new flooring and countertops for the lobby as well as new carpet and paint in the halls and rooms. The second wing has been stripped out entirely to be remodeled and will reopen for residents in the spring.

The dorm was one of several buildings on a list to be updated, but was selected first due to serious plumbing issues in older bathrooms and leaks inside the building.

Frazier said it is always a challenge to get everything finished on time with a dorm renovation, especially when anticipating move-in day for students. However, the first wing was completed on schedule.

“It gives Grad a fresh breath of life, making everything a nice place for students to live,” Frazier said.

Sophomore Michael Day, who had lived in Graduate Hall for two years, said he was thankful for the renovation because of the extra space now available.

“I like living in the renovated hall more because there is arguably four times the space in the rooms and bathrooms,” Day said. “The facilities are a huge step up from old Grad.”

Zachary Neal, dean of students, said the renovation to Graduate Hall was initiated in fall 2017 and plans were made with meetings between the physical resources department, student life and architects. When the renovation is finished, there will be sitting areas connecting both wings of the building, allowing more community space.

“I feel the students of Graduate Hall will enjoy the modern look while not losing the warm atmosphere and feeling of home,” Neal said.

Neal added that they are always open to feedback from students on ways to improve campus life and facilities to feel engaged as part of the Harding family.

The State of the SA