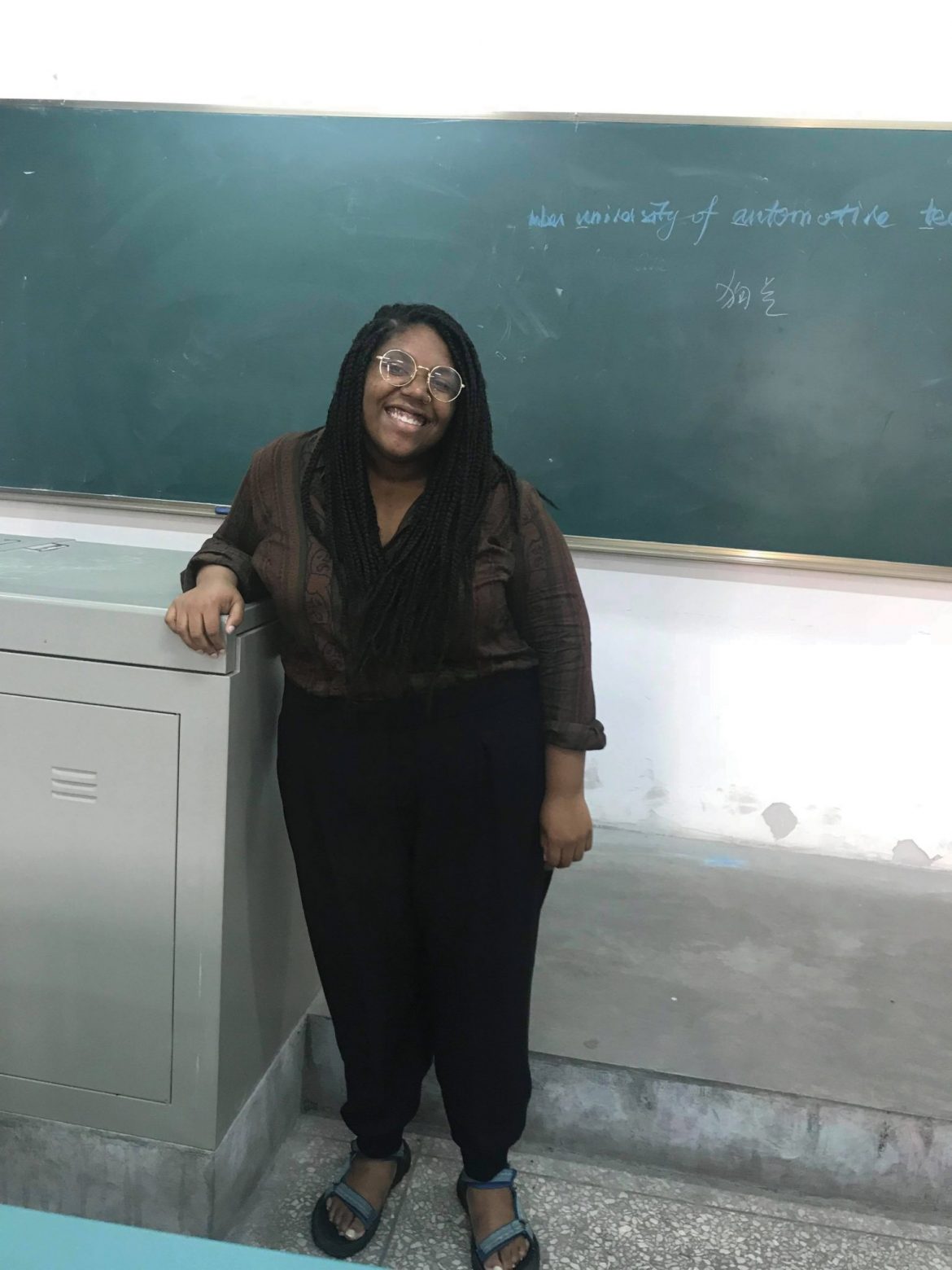 After graduating in December 2017, alumna Erin Raimondi pursued a career that surprised many around her. Though she graduated with a degree in public relations and a minor in Bible and missions, she moved across the world to work as an English teacher at a university in China in late February of 2018.

“I actually came to Harding as an education major, but then I switched because I was like, ‘I don’t want to be in the classroom my entire life,’ which is hilarious because I’m in the classroom now,” Raimondi said.

Like many other alumni, Raimondi found herself on a somewhat unexpected path after graduation. Raimondi said that, though she initially felt guilty choosing a career that did not fit the traditional route of a public relations graduate, her experiences at Harding prepared her to work abroad as a teacher.

“I spent a lot of money on something that I realized I didn’t love,” Raimondi said. “But, in all of that, it all played out perfectly because if I didn’t do public relations, I wouldn’t be passionate about the things I’m passionate about now.”

Alumna Brittany Mountford also found her passion working as a teacher abroad. Mountford graduated from Harding in 2011 with a degree in psychology. In 2013, Mountford said she developed a strong desire to go to the Middle East and began the process of applying to work at a school in Erbil, Iraqi Kurdistan. She moved to Iraqi Kurdistan in 2017 and now works as a humanities teacher.

“Even though I was not an education major, my current job requires me to do a lot of my own research to prepare for class,” Mountford said. “We have very limited resources, so a lot of the responsibility of the curriculum falls on me.”

Though she teaches humanities, Mountford said she has been able to utilize the lessons she learned as a psychology major in her classroom.

“Psychology is a research-based major, and the tools I learned during the process of pursuing my degree have been relevant across a broad range of disciplines,” Mountford said. “I … learned a lot about improvising and problem-solving in various counseling courses and other psychology classes that has helped me adapt to an environment where things regularly change or don’t go the way you expect them to.”

Alumna Lisette Prato de Mejia graduated from Harding in 2013 with a degree in early childhood education and again in 2014 with a master’s in reading education. In 2015, one week after getting married, she moved to her husband Hector’s home country of Honduras. Lisette Prato de Mejia said the move abroad was a natural fit for the pair.

“Growing up as a missionary kid in Venezuela, I always knew I wanted to live in some part of Latin America as an adult,” Lisette Prato de Mejia said. “It was also a great opportunity to get to know more of Hector’s family and culture.”

In 2016, Lisette Prato de Mejia received her training to be an ESL (English as a Second Language) teacher and spent the year teaching English in Honduras. Today, both she and her husband work as regional consultants for a curriculum provider of bilingual Christian education. Their jobs involve traveling throughout their region of Honduras to train educators in their organization’s curriculum. Lisette Prato de Mejia said during her trainings, she often includes sessions that focus on teaching English as a second language.

“I have discovered that, even though we live in a Spanish-speaking country, people that speak English have better opportunities in their careers and are more likely to be hired for a position than someone with the same qualifications that does not speak English,” Lisette Prato de Mejia said. “It is sad to see how many people with degrees are not able to find jobs due to this.”

Though she and her husband both grew up in Latin America, Lisette Prato de Mejia said moving abroad still involved challenges. To anyone interested in pursuing a career abroad after graduation, she suggested preparing by visiting the country first, spiritually preparing and then developing meaningful relationships in the community.

“Go into it knowing that you will experience culture shock and that it will be okay,” Lisette Prato de Mejia said. “Also take into account that you may not realize you are in culture shock until those closest to you point it out. The best thing to do is find things you love about the people and the country that surrounds you and focus more on that than the frustrating things.” Keeping up with the herd

Around the world and back again