Senior Hallie Hite, co-director of this year’s freshman Impact and member of the SA’s White County Relations Committee, believes that her past work with the SA and university administration will translate well into a presidential role. Hite said she hopes to be an example to students in the same way as past SA presidents. 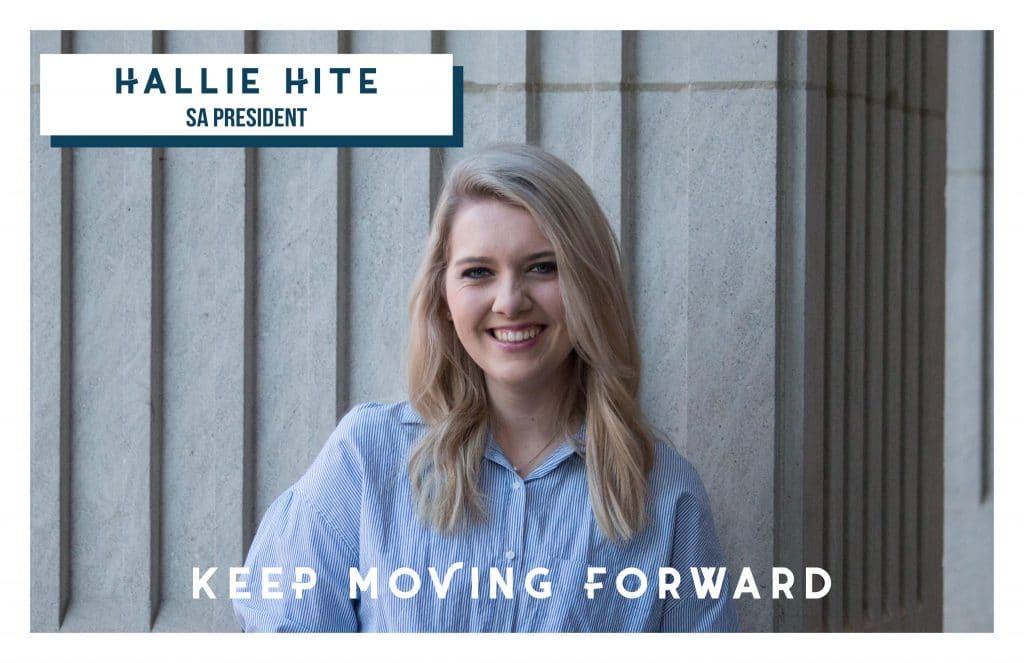 “I love the enthusiasm that the SA committee has about the student body,” Hite said. “I want to be that way too, making Harding a great experience for everyone.”

Hite is running on the platform of “Forward,” which she said she hopes to use to continue this year’s SA theme, “Connect.” Hite said that if elected, she hopes to further connect the student body by updating existing common spaces or by refurbishing spaces such as the Lee building to create more engaging places for students to interact.

Hite also said she wishes to brainstorm with Residence Life staff to improve dorm culture, using partnering the SA with smaller clubs on campus, and hosting more town halls to ensure that the administration is accessible to students.

“The big thing for us is making people feel like they belong at Harding,” Hite said. “We believe that these goals will help us to achieve that principle.”

Hite is running against junior Timothy Strasser, a member of the SA chapel committee, and member of the organizing team for this year’s Day in the Word event.

Strasser said he is running on a platform of “Inclusion,” and said he hopes to partner with multicultural organizations on campus to ensure all communities feel represented. Strasser said in addition to inclusiveness, creating a safe campus where students are prepared for emergencies is incredibly important to him. 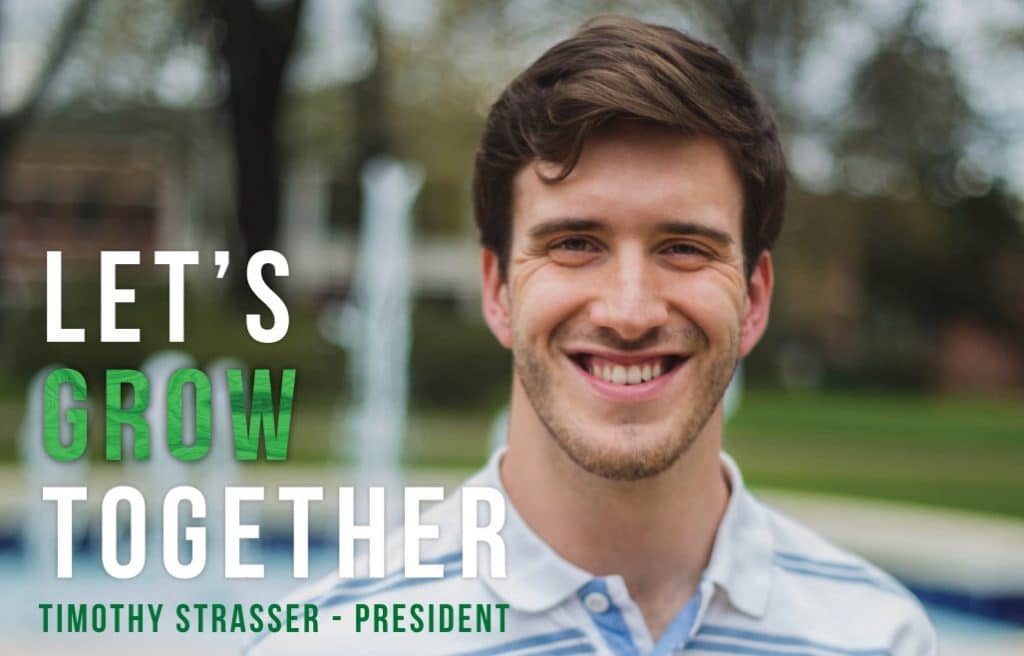 “We want to utilize short videos in chapel and in-class presentations to equip students with an emergency plan and basic first aid skills in the case of an active shooter on campus,” Strasser said.

Strasser also said continuation is also a theme central to his campaign, and said he hopes to further the work of the present SA by expanding the Gin Creek recreational area and by creating a new Harding landmark in the form of a “prayer wall” where members of the Harding community can publicly request prayer.

“Areas like this will draw us closer together and grow our spiritual awareness of one-another,” Strasser said.  We want the incoming freshmen to leave their mark on Harding and to immediately help them feel ownership of this campus. This is the perfect beginning.”

Jill Davis, assistant professor of mathematics, has been a sponsor for the SA for seven years. The sponsors are available as an asset and a resource, as well as consistent faces of continuity within the SA, according to Davis. During the election process, the sponsors allow the current executives to lead the candidates through the running procedures. Once the candidates have been elected, the sponsors meet with the new committee to present them with their new responsibilities and discuss potential visions for the upcoming year. The new committee spends time with the old committee learning about the current state of different projects and developing new ideas.

“It’s always exciting to see who will be in the next committee,” Davis said. “I anticipate new names and faces, and it makes for a better SA when there’s a lot of interest. I hope to see a better competition and see people who are excited to serve with us.”

‘Tomorrow is Better than Yesterday’