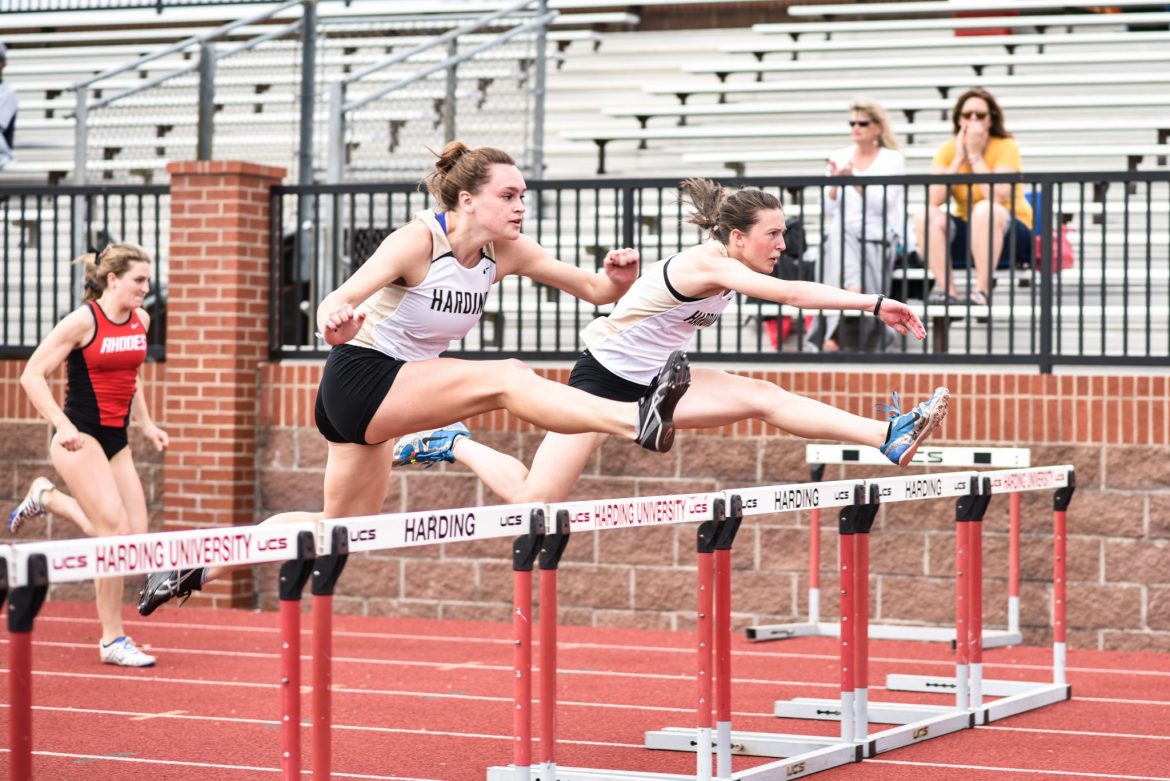 A week prior to this meet, freshman Liz Fouts broke Harding’s school records in hammer and discus, in her first collegiate outdoor meet. Fouts placed second in discus during the meet and beat her own school record with a throw of 141 feet and 7 inches.

“I hope to throw farther every meet I compete in, and I hope our team will seek to be the best athletes and people we can be, whether we are in competition or not,” Fouts said. “We are striving toward another Great American Conference championship.”

Fouts did not break any records in the hammer throw, but several of her teammates did.

“I would have liked to do better in the hammer, but I am proud of my teammates who all threw a personal record,” Fouts said.

Freshman Cara Mason was 6 inches from breaking a record that had been standing since 1991. Mason also placed second in the hammer throw and shot put. Her older sister, Raianne Mason broke the original 100 meter hurdle time of 14.99 seconds by nine seconds, and finished in second. In addition to this, Peyton Padgett placed second in high jump, and sophomore Emily Shell placed second in the triple jump.

Cara Mason was not the only one to participate in multiple events. Sophomore Chelsea Howard won three different events- the long jump, the 100 meter and the 200 meter. She was also the anchor leg for the winning 4×100 relay team.

“The 1,500 was fun,” Drennan said. “I definitely did not run near as fast as I was hoping to and it was pretty windy. All of the girls came out Saturday and had a lot of fun competing and racing at home. We all competed hard, and worked well as a team.”

Winning conference again this year is a goal the team has and is definitely within reach, according to Drennan.

“I hope we all continue to push each other and encourage each other so we can continue to excel,” Drennan said. “I would love for us to win conference and think that is a very realistic goal.”

The Grand Slam | Breaking Away