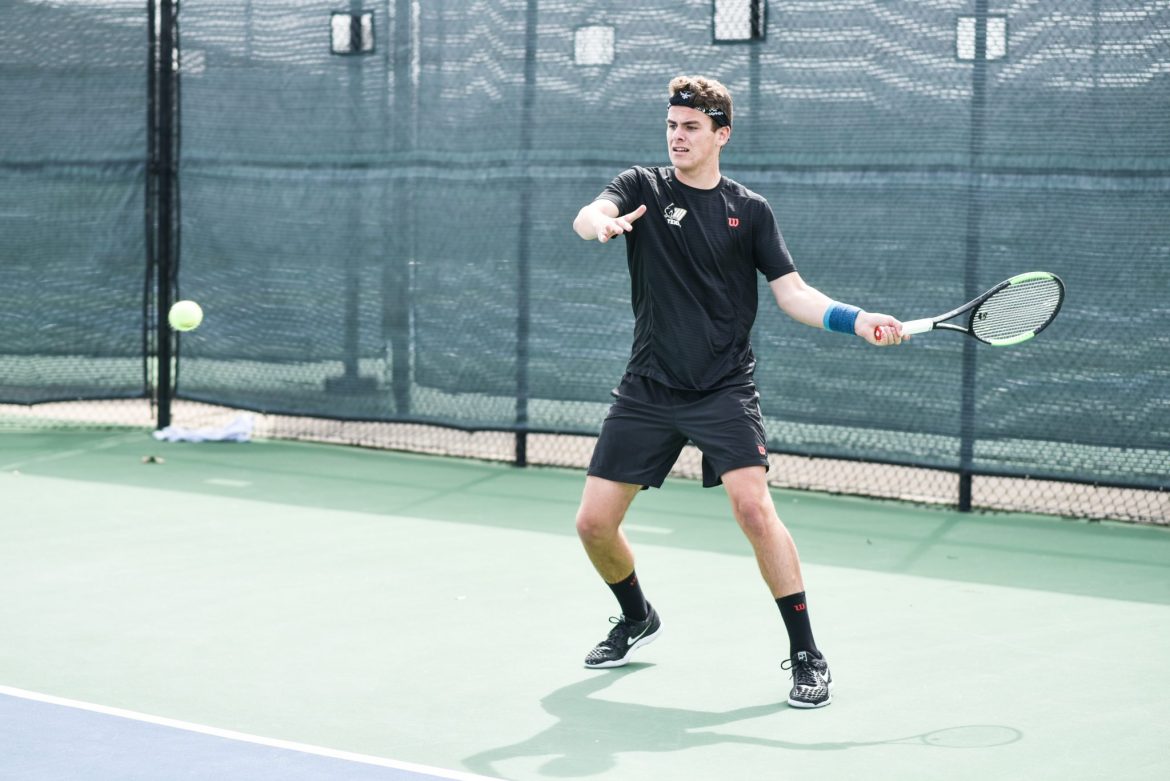 Since the beginning of the men’s tennis season in early February, the Bisons have continued to improve, adding a 5-4 win against St. Edward’s University on March 11. The match against the Hilltoppers was Harding’s first regionally ranked win of the season. The Bisons won at a neutral site in Texarkana, Texas.

“It’s probably the best win I’ve had since I’ve been here,” head coach David Redding said. “Hopefully that win will propel us forward getting ready to start our conference matches coming up. Every team in our conference has been nationally ranked, so we’re going to have to play hard each match.”

NCAA Division II requires teams to play a total of nine matches — three matches of doubles and six matches of singles. A team must win at least five matches to win. The Bisons have six healthy players, meaning all six must play both doubles and singles.

“We played the best doubles that we’ve played all season long,” senior Carlos Crisostomo said. “It was a very important win and could be a season changer.”

Sophomore Alejandro Sendra secured the first singles win for the Bisons after a tough matchup.

“It was probably one of the toughest matches I have ever played on hard court,” Sendra said. “The other player was aggressive on the baseline, and it was notably windy, so that made it even tougher. I was able to be pretty consistent, and I think that was the key to the match.”

Even though the team currently has only six players due to injury, Redding sees multiple strengths so far.

“We’re strong down through the lineup, and the bond among the players is probably the best that I’ve seen,” Redding said. “They play for each other, not for themselves.”

Sendra recognized the impact his teammates have on him when he talked about his singles win.

“We all are very close, even though each practice is a battle,” Sendra said. “We all worked together as a team in doubles, and my teammates’ support helped me get a vital win in singles.”

The Bisons play three home meetings this season. The first against Northwest Missouri State is already under the team’s belt.

“This sport is so much about confidence,” Crisostomo said. “A good match can change everything, and this has motivated me to work hard every day in order to play my best tennis each time I walk on the court.”

The two remaining home meetings are back-to-back on April 7 at noon and April 10 at 2 p.m. Conference play begins next week with a matchup against the Oklahoma Baptist Bison on March 28 in Shawnee, Oklahoma. For more information on upcoming matchups and current statistics, visit www.hardingsports.com.