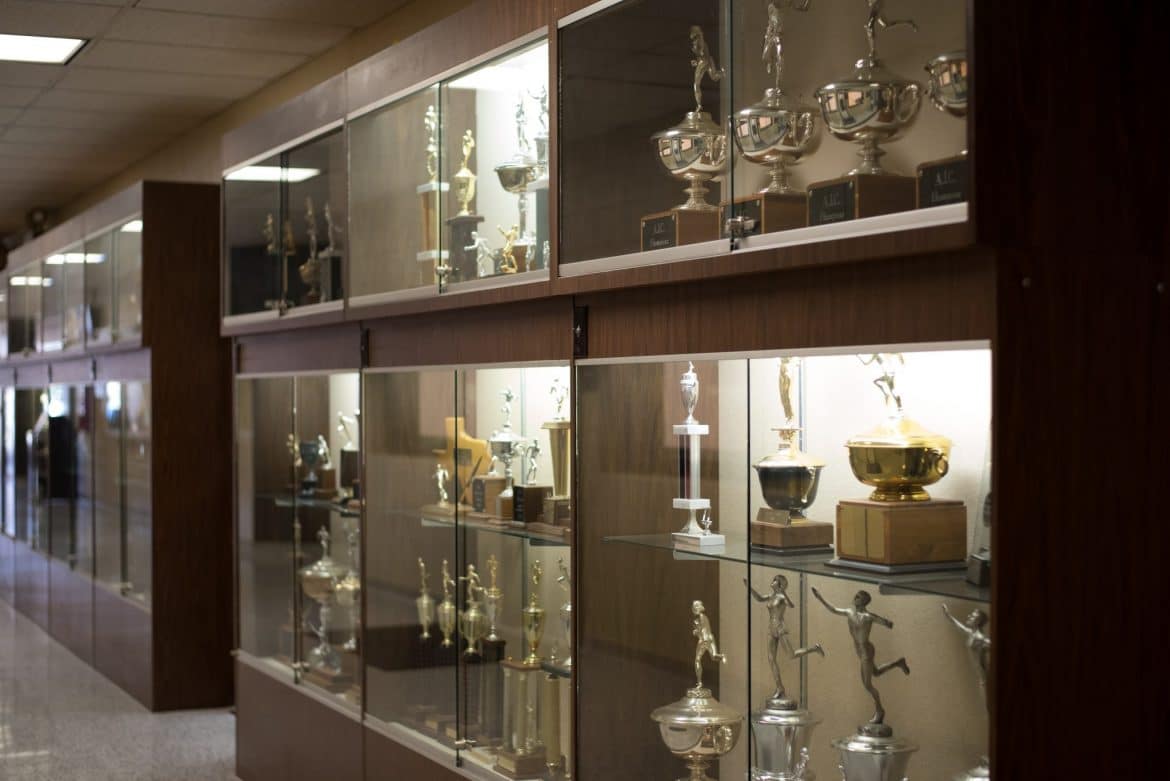 “I really dont think  it has much of an effect at all on division II schools,” Morgan said. “You’re probably talking about a handful of players every year that are your potential pros.”

“This is not new stuff. It’s been going on for years.”

Each year Harding recruits a number of student athletes for more than 10 athletic programs. These athletes come from all over the country, many from all over the world. Each Harding coach may have a different style, but head coach of women’s soccer Greg Harris lets the school speak for itself.

“I’m not a big bells and whistles person, so when the athletes visit here, we are laid back,” Harris said. “Whatever happens that day is whatever they are going to experience. I try to have them go through a regular day at Harding, and I’m very honest about who we are.”

Harris said if anyone is looking for a school, university, program and community that will care for them as a person, Harding would be a great fit.

Harris said it is his job to get the recruits to the school to visit, then to let his players and the admissions office do the rest.

“The best recruiters are the athletes themselves,” Harris said. “The student athletes convince the prospective athletes to come here. They spend the day with them. Any success we have is because of them, not just on the field but in the recruiting process.”

“I loved the atmosphere of Harding and all of the girls that were on the team,” Lampo said. “Everyone was so sweet and welcoming. I was looking at other schools, but Harding was where I wanted to be. Harding is so different than so many schools. It offers opportunities, and you’re a part of a community. I’ve made some forever friends here.”

For senior wide receiver Reggie Knox, Harding was not the first school he attended. Knox bounced from one state school to another, until his recruiter mentioned Harding to him. He decided to look into the school and was surprised by what he found.

“I looked up the school, the campus and everything online,” Knox said. “I was blown away that I had this kind of opportunity, to come to a school like Harding that had such high credentials. It was hard to believe that it was just a Division II school.”

Division II schools must follow official NCAA recruitment guidelines, but rarely receive as much interest from top recruits. Harding coaches and athletes decide to come here because they know what a special place it is, according to Harris.

“We pray over every recruiting class because we want to bring people here who will first and foremost look to grow from a spiritual standpoint, then grow academically, and then help us athletically,” Harris said.