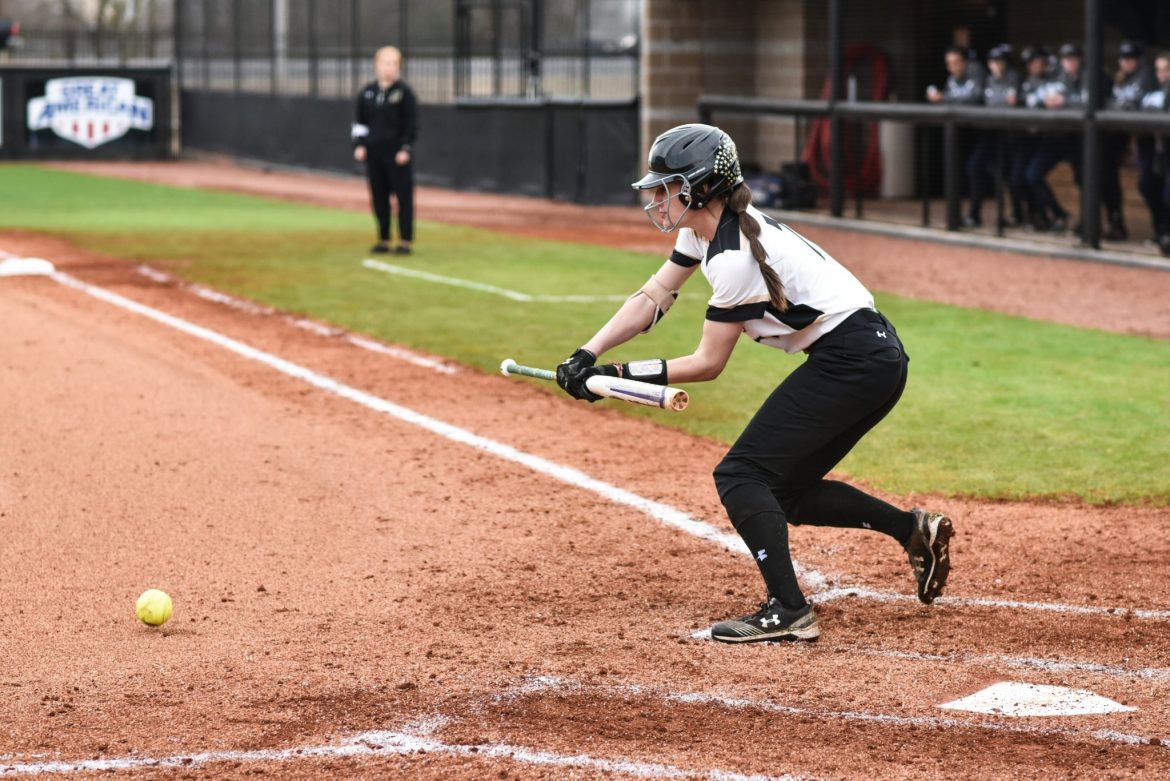 The Lady Bisons softball team started the conference season by sweeping Southwestern Oklahoma State University at home. The Lady Bisons now have an overall record of 9-1.

The Lady Bisons won the first game of the doubleheader on Sunday 9-2 and the second game 11-3. The team came from behind to win both games. Game two was suspended at the end of the fourth inning due to darkness and resumed on Monday before the second doubleheader.

Harding started the second doubleheader with a 6-0 victory and came from behind to win the last game 3-2 in extra innings.

Sophomore pitcher Amanda Berry, who pitched game one on Sunday and game two on Monday, said her teammates helped her keep playing well after allowing one run at the beginning of the game. She also said that the offense played well and their performance will be a factor at the end of the season.

“Our offense is crazy good, so it is so much easier in the circle when you got people that you know are going to put up lots of runs for you,” Berry said. “My defense had my back the whole time. I finished strong for them and helped out the way they helped me out.”

Freshman infielder Madison Leggett was one of the offensive leaders for Harding in the first two games with a two-run home run in the first game and two RBIs in game two. She said the first games helped her be prepared mentally and athletically for the beginning on the conference season.

“When I go up to bat all I think is just score for my team and just get on and get the best chance that we can to win the game,” Leggett said. “The first games I went off to a rough start but they helped me become more who I am now, and they let me go around those first game jitters and now am ready to go for the rest of the season.”

Head coach Phil Berry said there are some good offensive players on the team, and he hopes they will continue to be consistent and become a good offensive team.

The Lady Bisons were behind at the beginning of both games on Sunday. Berry said the key to winning was the way the players answered the situation.

“One of the things our players put as one of their beliefs statement for this year is that they will be resilient,” Berry said. “Being resilient means bouncing back when you get behind. Our players kept playing one pitch at the time and we were able to bounce back and get the wins.”

The Lady Bisons will play their next game against Henderson State University in Arkandelphia, Arkansas on Friday, March 2 at 4 p.m.

A Spotlight on Service