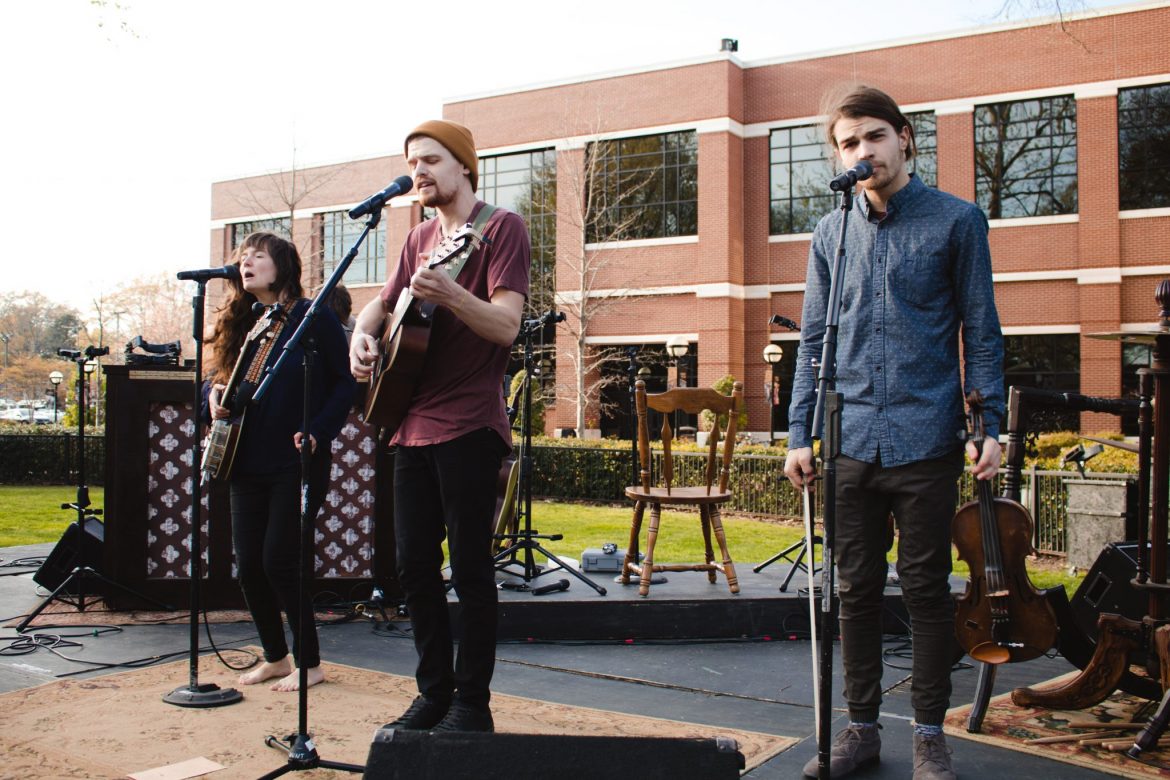 The Hunts released their sophomore album, “Darlin’ Oh Darlin’” on Feb. 20, over two years after the release of their first album, “Those Younger Days.” The highly anticipated second album brings a new take to a comfortingly familiar sound.

Junior Jerred Shepherd said he began listening to The Hunts last year after they performed at Harding and “Those Younger Days” quickly became one of his favorite albums.

“I’ve listened to their first album countless times,” Shepherd said. “I love their unique style and upbeat sound … Their first album is one of my go-to’s whenever I’m studying or driving.”

At first listen, “Darlin’ Oh Darlin’” sounds almost indiscernible from “Those Younger Days.” With an overall wistful and whimsical sound to the alternative folk music, the songs almost seem to run together. The tracks vary in tempo and tone, but the overall feel of the album seems consistent with their previous works.

With further examination, however, one may feel a stronger appreciation for their musical growth. The sound is more refined, with greater variance in slower musical motifs. The band has also clearly honed their skills as songwriters and lyricists. Jessi Kinstler and Jenni Dowl, twin sisters and the oldest members of The Hunts, each had their first children leading up to the release of “Darlin’ Oh Darlin.’” The personal maturation and new experiences of the family band seem to have influenced their subject matter. There is a deeper sense of love; there is a strength that was missing before.

“I would say ‘Darlin’ Oh Darlin’’ is just as good as their last album,” Shepherd said. “They keep the style of music that I enjoy so much without letting it go stale. I’ll definitely be listening to this album non-stop for the next few weeks.”

“Every song in this new album has an incredible build-up to an emotional peak, which is cause for a roller coaster of emotions,” Roibal said. “It actually connects with me on an even deeper level than the first, which was a complete surprise.”

Established fans of The Hunts will likely enjoy this new installment. There is a balance of growth and familiarity that hits the sweet spot many artists tend to miss. If you are not a listener of The Hunt’s already, give “Darlin’ Oh Darlin’” a chance