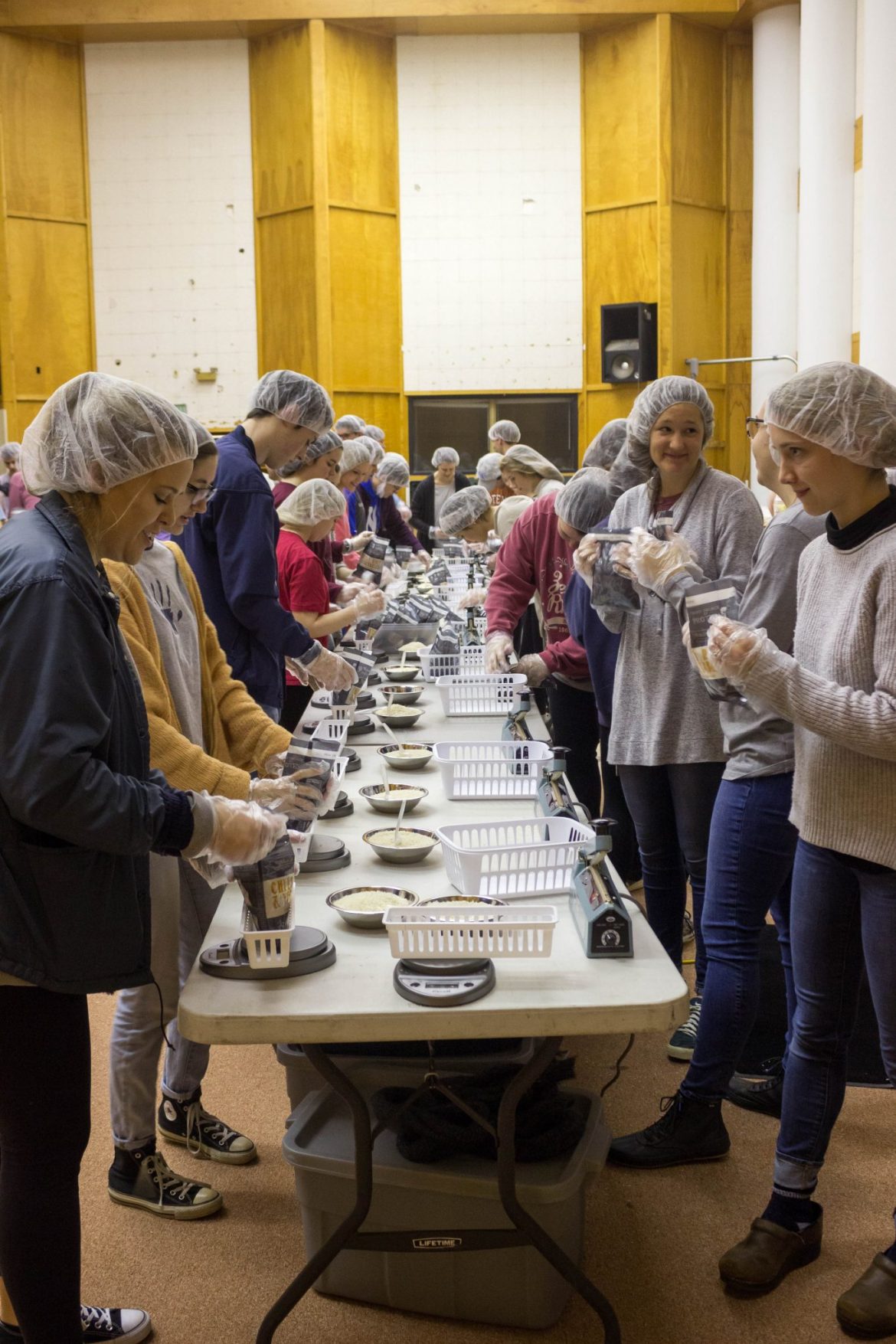 Throughout the year, social clubs on campus seek to serve the community. In the midst of club sports, Club Week, functions and meetings, service is a big part of being in a social club and each club has its own way of making a difference in the community.

“I believe it is important to keep social clubs involved in service projects, because I know it is what Jesus would want us to do,” junior Haley Carr, service director for women’s social club Ko Jo Kai, said. “If we are not involved in helping others and serving the community, then we are not giving him the praise he deserves.”

Ko Jo Kai will help during prom night for the Sunshine School on Feb. 23. They will help set up props, serve desserts, dance with the students and put smiles on their faces.

Carr said their goal for the night is to show the students the love of Christ.

“(We want to) take one night out of our week to be their cheerleaders,” Carr said. “Every year we do this, I go with the mindset to make their prom the best it can be for them, but at the end of the night, I leave with the biggest smile on my face. They bring me so much joy, and when I leave, my heart explodes with happiness.”

Feb. 17, men’s social club TNT and women’s social club Zeta Rho came together with the Pack Shack, a nonprofit to pack over 30,000 meals, within just an hour and a half. These meals will be given to those in need in White County.

According to Zeta Rho’s service director, sophomore Mackensie Cobb, the Pack Shack is an organization dedicated to providing nutritious meals for local communities.

“Their mission is to ‘be neighborly,’” Cobb said. “They do this through compassion and knowing the needs in their community. I love their mission and their heart and the way it connects the community.”

Cobb said she got the idea for the service project after previously being involved with a Pack Shack food packing event.

Moore said he felt the project was something TNT needed to be involved in.

“Service gives purpose,” Moore said. “It is more than just going to school, classes and club games. It gives purpose that is more meaningful and sustainable.”

When Moore and the Cobb sisters spoke with the White County judge Michael Lincoln weeks before the event, they decided their goal was to have just one week with no hungry children, no starving families and no empty stomachs.

“Not only did we bring our club together, but we got to bring (Pack Shack’s) mission (to) the community,” Cobb said. “We were able to love our neighbors and have a positive effect on the hunger in our community.”

Another way clubs seek to serve the community is through song. Each year, men’s social club Chi Sigma Alpha sings at the Searcy Health and Rehab to bring joy and smiles to the residents. They sing from hymnals, pray and visit with residents.

“I believe it’s extremely important, both as a community and as individuals, to develop a mindset of service at this point of our lives because it will influence how we serve for the rest of our lives,” Chi Sigma Alpha service director, junior Daniel Norwood, said. “The convenience of clubs provides even greater opportunities, because you suddenly have access to these groups of students that, more often than not, are willing and able to make a difference.”

This service project is open to anyone who wants to participate. On Feb. 7, they invited the members of women’s social club Chi Omega Pi to join them in singing at the nursing home. This is a weekly service project that occurs every Sunday at 3 p.m.

“It can sometimes be hard to motivate others to serve, but when they’re actually involved, their reactions are priceless,” Norwood said. “I love the small role I play in God’s kingdom.”

Shining a Light on a New Campus Organization