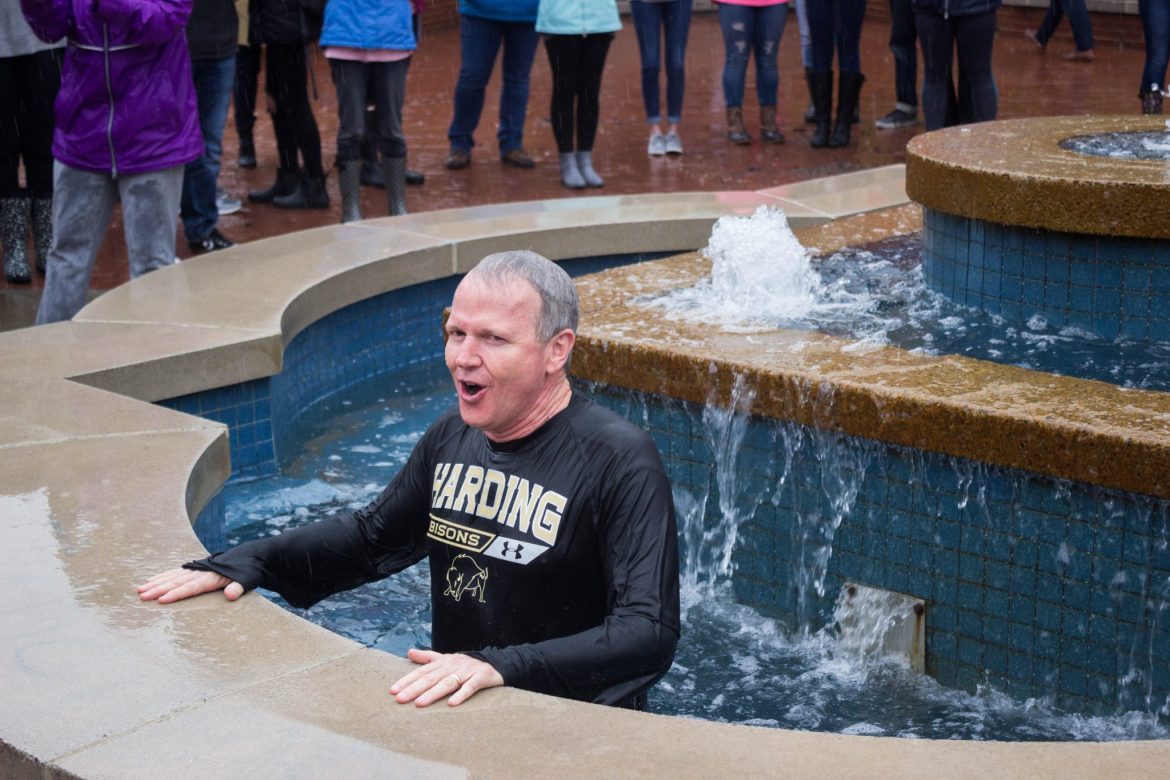 Teams and volunteers will gather at Searcy’s annual Polar Bear Plunge at the Days Inn hotel in Searcy on Saturday, Feb. 24. Participants will jump into the cold water of the hotel pool to raise money and awareness for the Arkansas Special Olympics team.

Special education professor Lisa Bryant is Harding’s coordinator for Polar Plunge. She said there are more teams involved in this year’s event than ever before.

Senior special education major and co-president of S.A.L.T., Natalie Frederick, said S.A.L.T. formed a goal of $500 from their bake sale to have Dr. Bruce McLarty jump into the Benson fountain. They raised over $700 for their Polar Plunge team.

Frederick said when their team jumps at the Polar Plunge, they are called to jump together.

“When we’re jumping, we think about how fun it is,” Frederick said. “Then we think how cold the water is, then how we would do it again.”

“The event is about giving others the chance to be rewarded like we are every day,” Mills Bryant said. “It’s bigger than us.”

Frederick said the Special Olympics allows people with special needs to be the “stars and MVPs” of the event.

“Most kids growing up play soccer, but they didn’t get to do that,” Frederick said. “It gives them a chance to do something we take advantage of.”

Lisa Bryant said she has participated in the Polar Plunge so many times that it is part of her “core beliefs.”

“This is about giving people with special needs the chance to not be left out,” Lisa Bryant said. “If you’ve ever been (to the Special Olympics) and heard them cheering you on, it makes it easy to jump.”

The Polar Bear Plunge will accept participants up until the event. The cost is $50 and includes a T-shirt. For more information, contact Lisa Bryant at lbryant1@harding.edu.

Member of Little Rock Nine to Present at ASU-Beebe