Tee Time in the Spring 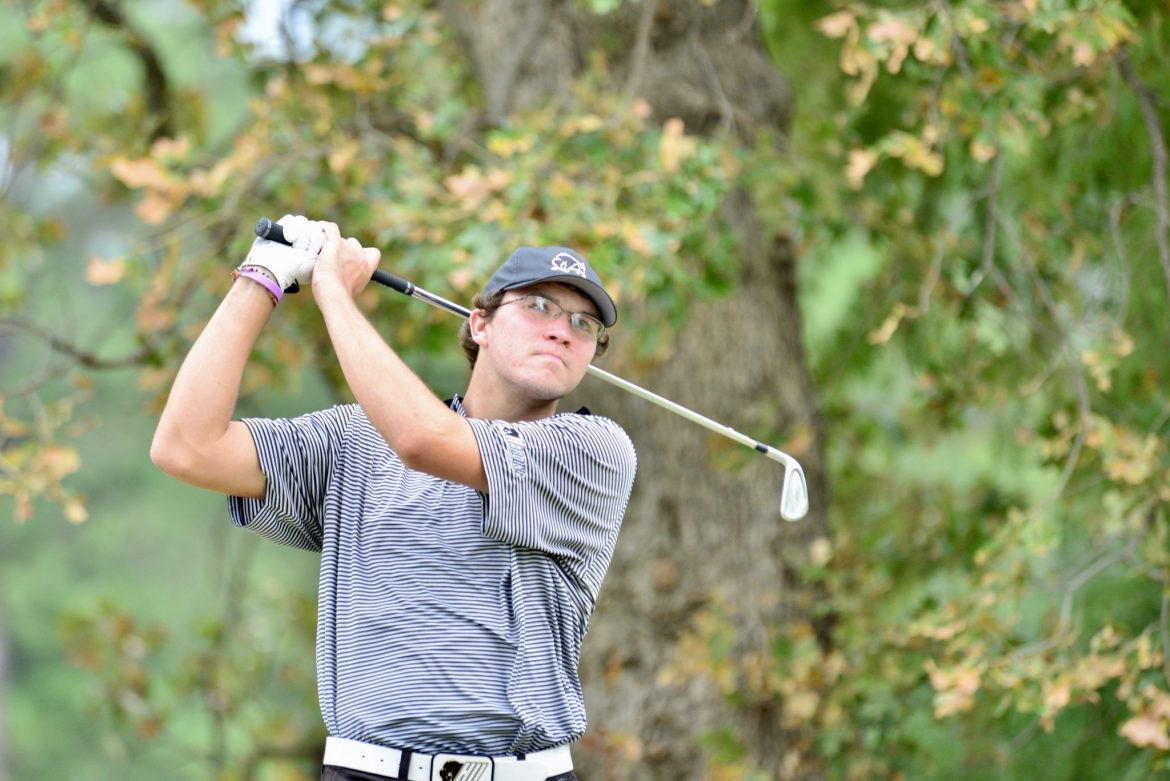 The men’s golf team is ready to get back in the swing of things and start their spring season. With the cold of winter behind them, the players are strong and ready to take on some of the most difficult courses.

Last year’s season was led by red shirt senior Alex Williamson, who went on to become First Team Great American Conference Selection. The team also had their highest finish, making it to postseason play in the GAC championship and placing fourth. Individual players had advanced to championship play in the past, but never as a team.

Alex Williamson is the only player not returning to the team this year, but the team has learned from his past leadership and is now stronger than ever.

Senior Mason Banger is one ready to lead. According to head coach Dustin Howell, Banger is ranked second in the region and has propelled into the top 100 in the nation averaging below par for the year. He has secured two individual wins and a team victory as well. In 2017, Banger was selected as an Academic All American along with Alex Williamson and senior Juan Luis Sanchez.

Banger said he lives his life by a quote he created: “Excuses are made by those who can’t accept failure as a step closer to success.”

He went on to explain that it means working hard and taking everything that comes as a learning experience, because hard work makes a difference. Banger also said he is determined to do what it takes to move closer to his personal success and looks forward to watching his team succeed too.

“I’m excited to see how well the team plays,” Banger said.  “We play on some great golf courses that have hosted major championships — Kiawah Island and Oak Tree National, just to name a few. We have been working hard on and off the golf course and there have been a lot of good scores in qualifying. It will be exciting to travel again and play against the very best.”

“I am very excited for the team and this opportunity we have to get the chance to go to these incredible courses,” Ryan Williamson said.

Alongside Banger are seniors team members Alan Anderson, Logan Handy, Cameron Murry and Sanchez. Howell said that the seniors have played a crucial role in the team’s success.

“Everything as far as success this year has been led by the senior class,” Howell said.  “It will be difficult losing this class, but I am very excited for what they have in store for the championship portion of our season.”

The men’s golf team will be hosting a home tournament at Red Apple Inn in Heber Springs, April 16-17.