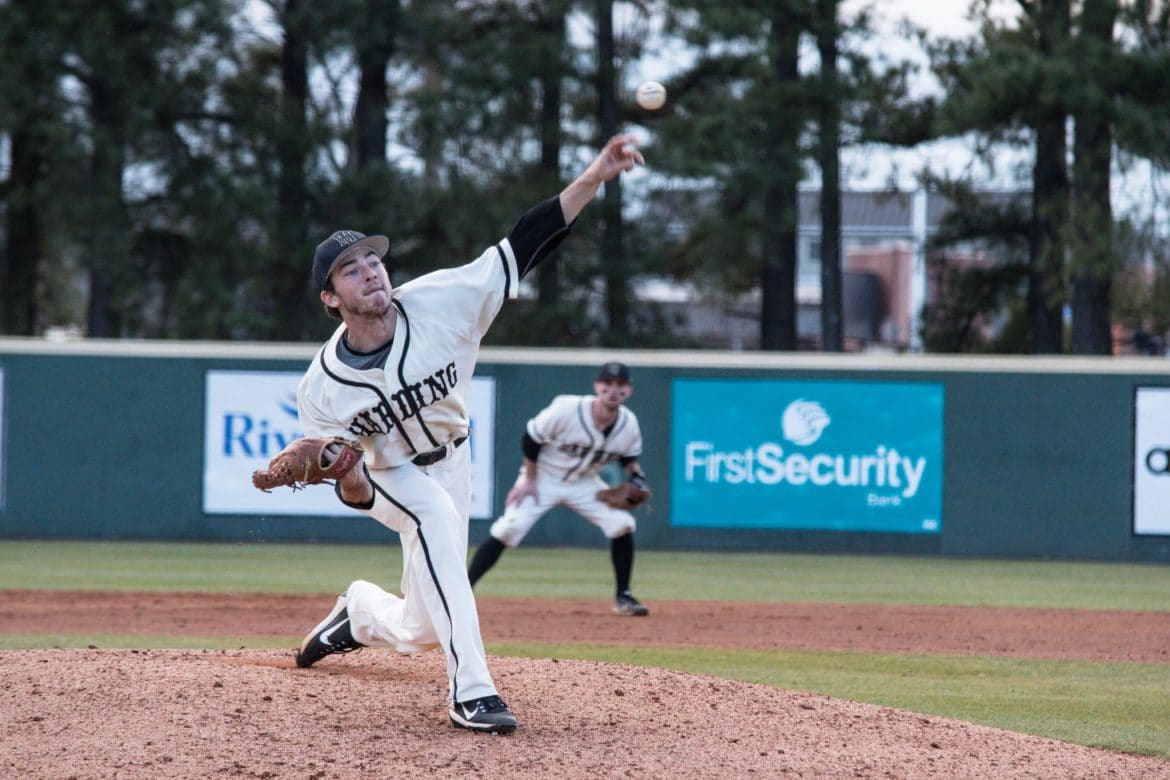 The baseball team played their second series of the season in a doubleheader against St. Edward’s University last Friday at Jerry Moore Field. The Bisons divided victories and now have a record of 4-3.

The Bisons lost the opening game 4-1 in nine innings. Redshirt sophomore infielder Brooks Pitaniello scored for the Bisons in the bottom of the eighth inning thanks to an RBI by senior infielder Grant Guest.

Harding won the second game 3-1 in seven innings. The Bisons tied the game 1-1 in the bottom of the fifth through sophomore catcher Miles Humphreys, who scored from the third base after graduate student infielder Will Francis hit a single to right center. Francis would later score the leading run after sophomore infielder Connor Kelly hit a double to right center.

Guest scored the last run of the game after hitting a home run in the sixth to secure the second victory for the Bisons this season. Junior pitcher Tanner Smith earned his first win in two starts, allowing only four hits and one earned run in five innings.

Harding and St. Edward’s were initially scheduled to play a three-game series, with a doubleheader on Saturday and the last game on Sunday, but the series was moved to Friday and Saturday due to the weather. The final game was canceled due to the rain. Head coach Patrick McGaha said having games canceled and rescheduled has been an issue for the players, especially the pitchers.

“It makes it harder to get into rhythm with your pitching staff, especially the starters, because you have those guys set up knowing they are going to pitch a certain day,” McGaha said. “It messes with their throwing schedule, but we have been able to manage it.”

McGaha also said he was proud of the players, especially on the second game, because of the way they battled to bring up the score. Guest said many players have stepped up to help the team.

“It is going to be exciting to see what guy comes up big on different days,” Guest said. “We have the ability to play a lot of guys in different positions. This season will take all of us working together, and I could not be more ready to watch it happen.”

Redshirt senior Zach Beasley said the victory against St. Edward’s helped the team see how good they are and what they need to improve before the beginning of the conference season.

“They are consistently a top 25 team,” Beasley said. “It was a good to get out there and face some good arms on the mound and get a win against a really good team before conference play.”

The Bisons will play their first conference game against Northwestern Oklahoma University on tonight at 6 at Jerry Moore Field.

The Grand Slam | A Case of Spring Fever