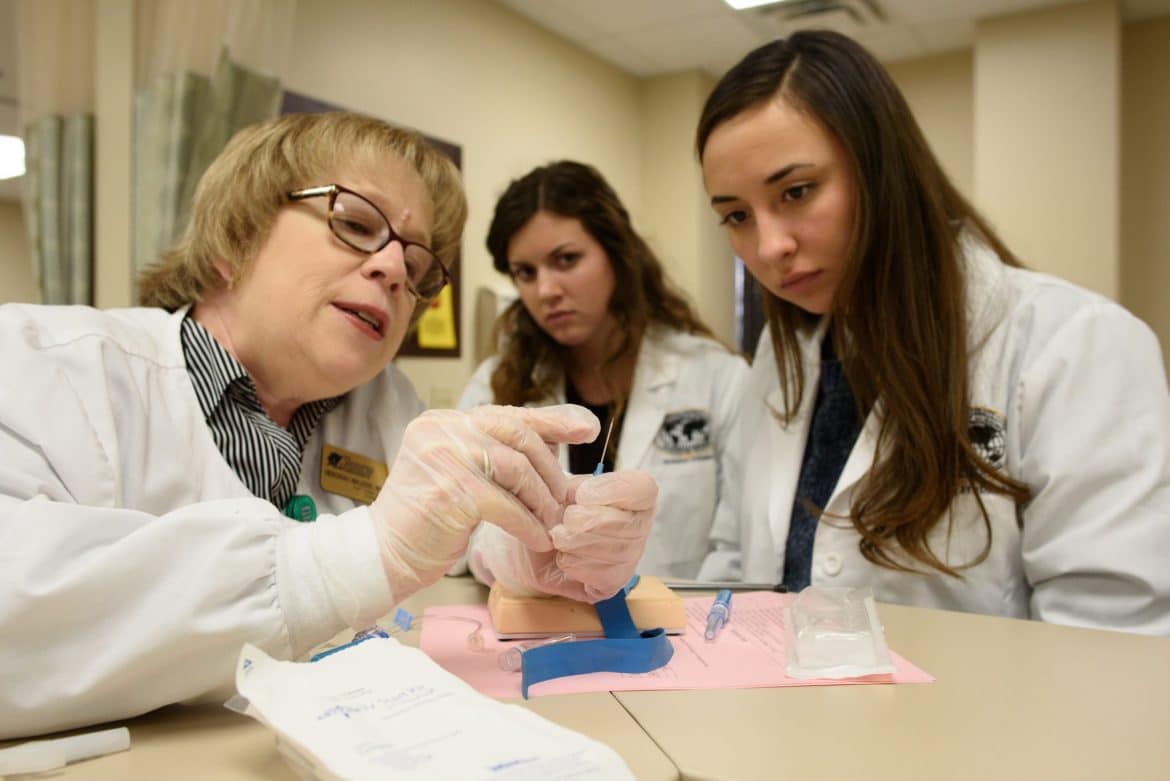 Last month, Harding’s registered nursing program was ranked the best in the state by RegisteredNursing.org, a national organization, with a score of 97 percent, based on historical and current NCLEX pass rates. Twenty-six colleges were up for the award. Last year, Harding was ranked second, but this year received the highest honor in the state.

Director of Nursing Admissions Jeanne Castleberry, has been working with the nursing program since 2005 and advises all pre-nursing and nursing students. Castleberry said she was thrilled to find out about the accomplishment. According to Castleberry, the program has had a 100 percent NCLEX pass rate for the past two years.

“I was so proud,” Castleberry said. “It just shows how knowledgeable our students are and how much hard work they put into this. (The studetns) are so successful in what they do ­­­­­— they really do go out and make a difference in the world.”

Senior nursing student Julie Plunket said that it is a challenging major, but it is the most rewarding thing she has ever been a part of.

“There is not a program that deserves it more than this one does,” Plunket said. “The teachers deeply care for each student and they teach us how to provide holistic care for each patient and family member that we come in contact with. The teachers not only work hard to help us pass the NCLEX but to be servants in every aspect of our career.”

Sophomore nursing student Makayla Smith has also been a part of the program since her freshman year. Like Plunket, Smith said that it takes a lot of time and dedication, but it is worth the reward received in the end.

“I am so proud that our school is being recognized at such an honorable level,” Smith said. “We can continue to be the best in the state if we work. … Hard work does stand out, and the program definitely deserved to be recognized.”

Those in the Carr College of Nursing often say that, though nursing is a difficult and time-consuming occupation, it truly is a rewarding job.