Spreading Love and Recognition ‘Just Because’ 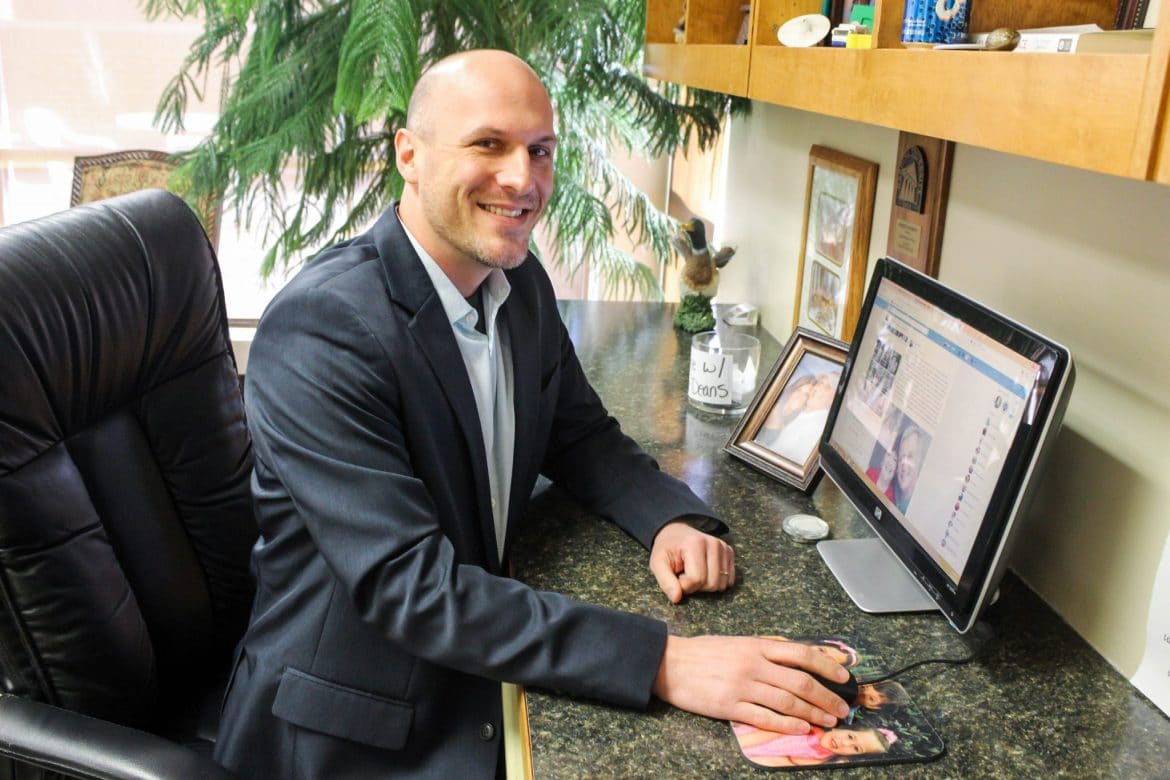 Zach Neal, dean of students, recently started a series on Facebook to highlight people who have influenced or made an impact on his life. The series is titled “Just Because.” It has featured five people so far, including his brother Colby Neal, brother-in-law Justin Brown, cousin Ernie Parsons, social club brother Wes Howard and algebra teacher JoAnn Haustein.

“You should know my big brother Colby Neal. If you have a need, this guy will literally drop what he’s doing to help. He’s a problem solver & approaches life with a very practical, straight forward lens.”

Zach Neal said he generated the idea from going to memorial services and hearing the encouraging things said about the person after they passed away.

“I think all of us, whether we admit it or not, are fueled by encouragement,” Zach Neal said. “It doesn’t just affect the person that you’re speaking about. It also influences the people that are hearing the words that you’re sharing.”

Zach Neal said he wanted to let the important people in his life know how they had influenced him before they leave this earth.

“This is a cool platform to not just tell the person how I feel about them but to allow so many other people to hear about how much an individual has made an impact on me or the influence that they’ve had on me and in my life,” Zach Neal said.

“You need to know Justin Brown. He and his family have weathered their fair share of storms in life. No matter the day, he got up and took one step at a time trusting God. He gave even when most opinions would say he shouldn’t.”

The first “Just Because” entry Zach Neal wrote was posted on Jan. 27 and featured his older brother, Colby Neal.

Colby Neal said the post came as a surprise to him and has inspired him to live a more encouraging life.

“It is always a great feeling when someone brags on you with no hidden agenda,” Colby Neal said, “(It is) even better to hear things that you do not always see in yourself.”

“You need to know Ernie Parsons. I promise you’ll be a better person for it. … A man among men and one who strives to do right. Loves his family. Protects others. I truly believe he is an example of one who walks with God.”

Zach Neal’s brother-in-law Justin Brown was also featured. Brown said he and Zach Neal have been friends and provided support for each other over the years, but the post came as a nice surprise to him as well.

“I’ve got a ton of respect for Zach, and not just because he’s family,” Brown said. “For him to say what he said was a huge compliment.”

Zach Neal said he has benefited personally from sharing encouragement and hopes to empower students and others to take time to encourage people in their lives, whether it be over social media, in person or through written notes.

“If you haven’t met Wes Howard then I’d have to say the nicest guy you’ve ever met is second place. He is as genuine as they come and has never met a stranger.”

“If you know her, you love her. JoAnn Haustein is the very essence of joy. She’s quick to smile & her laugh is contagious. She makes math fun (seriously!).”

Zach Neal said he welcomes students adding him on Facebook to keep up with “Just Because.” He plans to write more posts; however, he does not have a schedule of those he wants to highlight because he wants to be able to spontaneously write when someone crosses his mind.