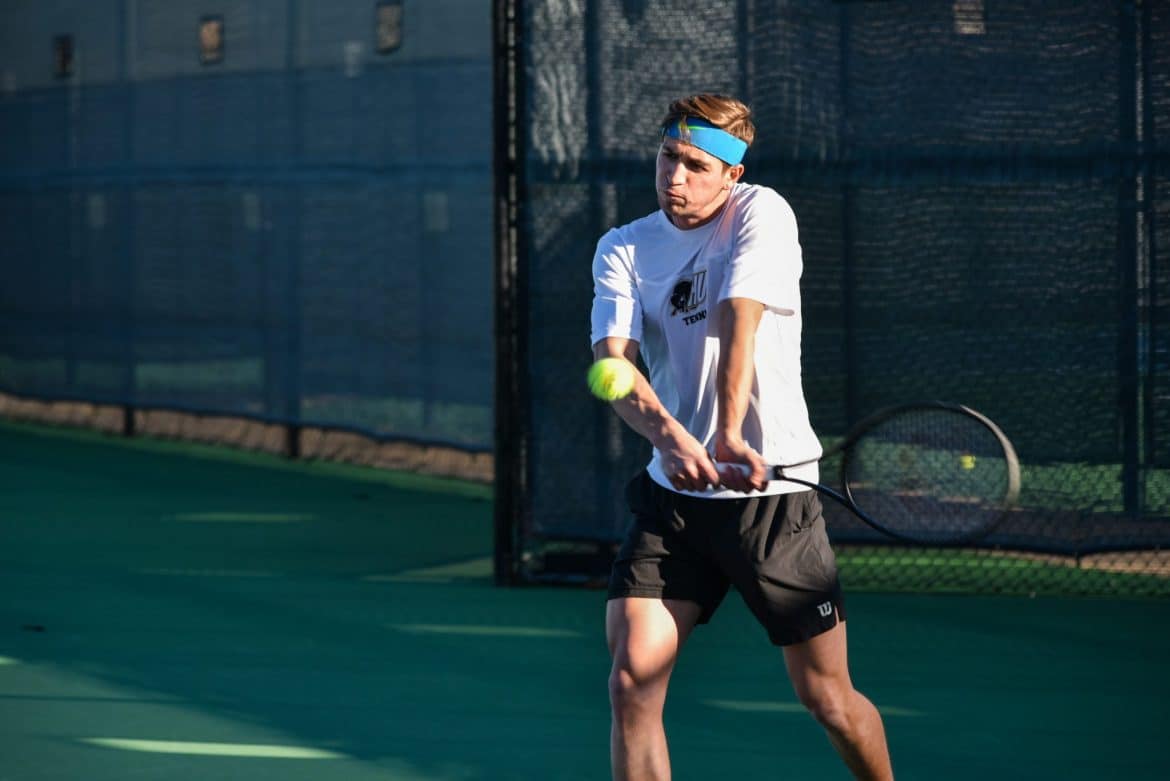 The men’s and women’s tennis teams opened their season on Friday, Feb. 2. The first men’s game of the season was against Seward County Community College in Arkadelphia, Ark. The Bisons suffered an 8-1 loss. Sophomore Luis Tirado said the match against Seward was a tough one for the team.

“We should have shown more energy, since this was the beginning of the season,” Tirado said.

Senior Carlos Crisostomo said, because of weather and lack of an indoor training facility, the team did not have much time to practice in the weeks leading up to the opening match.

“Even though we all fought and played at a good level, they were better than us…  I think a little more time on the court the previous weeks would have helped,” Crisostomo said.

The men’s second game was on Saturday, Feb. 3, against Texas Wesleyan University in Fort Worth, Texas. The Bisons won the match 9-0. The last match of the opening weekend was against Collin College in Plano, Texas. The Bisons won their second straight game, defeating Collin 7-2. Tirado said the team played with a good energy that helped them win the last two matches.

Despite the early loss, Crisostomo said he felt like he and the team had gotten into a balance by the end of the weekend.

“It was definitely positive for me and most of the guys to get back to a competitive rhythm,” Crisostomo said. “We are ready for what is coming next, having a tough couple weeks of competition coming up.”

Freshman Hana Folse said each match went well for all the players overall.

“These matches were good preparation to start off the season,” Folse said. “There are always things for us to improve upon, but the team worked well together, and we are excited for our next few matches.”

Folse said next weekend, the women’s team will play University of Nebraska at Kearney in Springfield, Missouri.