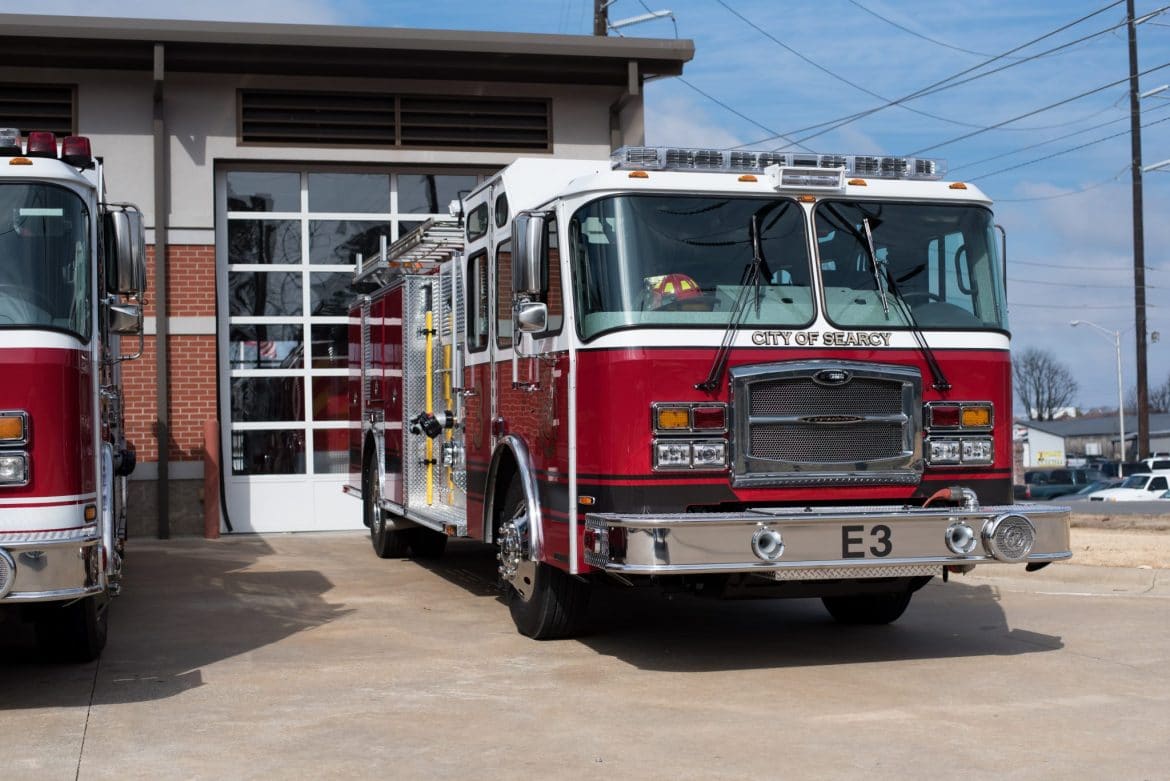 The Searcy Fire Department welcomed a new addition to their fleet last week.

Woody said the department replaces a front-line truck approximately every 15 years and purchases a new truck around every five years due to industry and safety standards for fire departments and citizens.

“As a citizen … I’m excited to have a new firetruck,” Woody said. “It’s a relatively neat thing that’s rare for firefighters to get to experience.”

Josh Oakes, fire captain at Station 3, said each truck is built specifically for each individual department and takes around a year to complete. He said a committee is formed with members from each shift to discuss needed additions and designs for a new truck. Once a proposed designed is drafted, the committee collaborates with the entire department.

“From our newest guy to our oldest guy, everyone has a say in it,” Oakes said. “It’s very much a department thing.”

Oakes said he is excited to house Engine 3 in his station and utilize it in the community for quicker response times and streamlined operations on the scene.

Oakes said the new engine is the first one to feature some aspects of the department’s new branding, including a new logo on the side of the truck and the phrase “City of Searcy,” an addition designed to garner a sense of community for Searcy residents.

Freshman Emma Williams, a Searcy native, said she hopes the new engine will aid Searcy firefighters in extinguishing fires and in responding to various emergency calls.

Engine 3 will reside at Fire Station 3 on West Beebe Capps. The Searcy Fire Department held a traditional push-in ceremony on Jan. 31 and Engine 3 can now be seen responding to calls throughout the community.