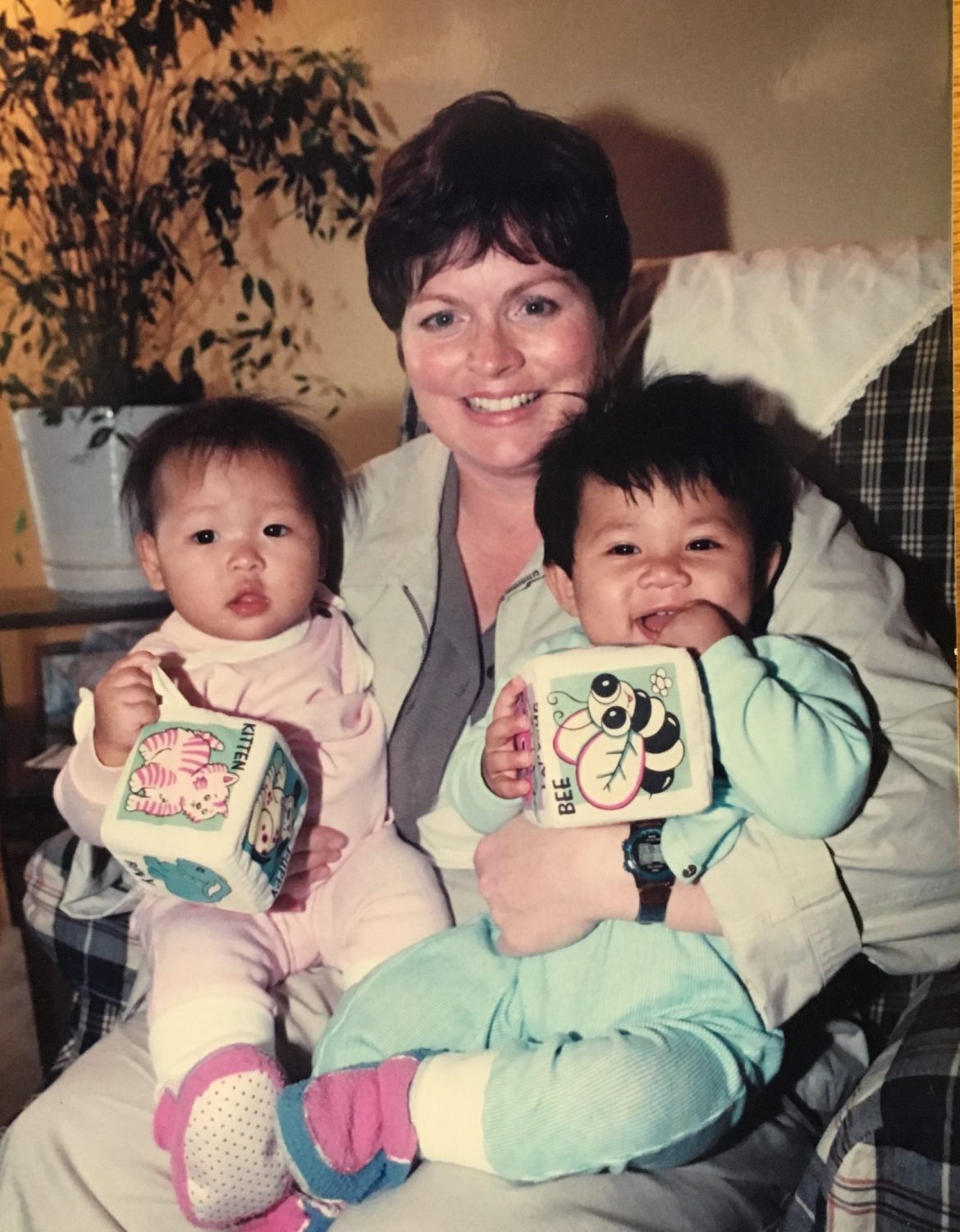 Born in China but raised in New York, senior Nikki Strittmatter, believes her adoption has given her a deeper appreciation of humanity.

“Living in America with the family I have has given me a world view that I wouldn’t have had otherwise,” Strittmatter said. “If I had grown up in China, I probably wouldn’t have come to know Christ in the same way. … And I know I was from a small town (in China) and I don’t know a lot about the area, but I believe the opportunities would have been more limited. I love that the area (in New York) I grew up in is so diverse, and I feel like here, I have more opportunities to be a bridge than I might not have had there.”

Strittmatter was adopted from China when she was 10 months old. Four years later, her family adopted another little girl, Joy, from China. Because she was adopted internationally, Strittmatter said there were times people told her she was not a part of her family.

According to Strittmatter, it was her belief in God that helped her the most growing up.

“I think it helps to have the perspective of knowing that God is in control because I’m not always focusing and trying to rationalize why I was given up for adoption,” Strittmatter said. “That isn’t to say I’ve never wondered, but I think there might be more peace with that, too.”

According to alumna Renee Reithel, she and her husband Andy felt God played a role in their adoption story as well. The Reithels adopted their two sons Solomon and Malakai from Ethiopia in 2013 and 2015 respectively.

“When we decided to adopt, we seriously considered both domestic and international adoption,” Reithel said. “We did a lot of research, talked to a lot of knowledgeable people, and prayed quite a bit. … Ultimately though, (it was) clear that God was telling us all children belonged to him and he was pointing us to Ethiopia.”

However, recent events within the Ethiopian government have stopped families like the Reithels from adopting other children from Ethiopia. According to The Bureau of Consular Affairs, on Jan. 9 Ethiopia passed legislation to ban all intercountry adoptions due to fear that the children weren’t safe in their new adoptive homes.

“(It’s) ideal, of course, to keep children in their own country,” Reithel said. “But many of us wonder what implementation plan they have to advance domestic adoptions. We (can) only hope that the orphan count (will) go down, fewer children (will) be abandoned (and) first families (will) stay together. But for right now, this is a scary time for Ethiopia’s most vulnerable citizens.”

According to statistics from the Bureau of Consular Affairs, three of the top five countries of origin — Russia, Guatemala and now Ethiopia — have closed their doors to adoption from the U. S. The other two leading countries, China and South Korea, have also reduced the number of adoptions by creating more complex requirements for potential parents.

According to chairman of the Department of Behavioral Science Terry Smith, the discovery of fraud, coercion and corruption in adoption organizations has led to the decline of all international adoptions.

“You (also) have to give some consideration to the reputation of the country,” Smith said. “There are some countries that just aren’t safe to travel to.”

Associate professor of kinesiology Jessica Moore understands this struggle personally, as political unrest almost stopped her from adopting her two daughters, Aiden and Caily, from Vietnam in 2000.

“We met the kids for the first time, and then, because of some political unrest in Vietnam, the government officials were kind of holding us all hostage,” Moore said. “There was a question once we got over there of whether the adoption would actually take place. That was for about a week. We were in limbo. … Foreign countries and America use adoption as a means of handling political things.”

However, Moore beli-
eves the motivation behind international adoption is more important than the political problems it creates.

When Moore traveled to Vietnam, she said she finally understood this.

“People would come up to (my friend and I) and say ‘Here, take my child to America,’” Moore said. “Two times that happened to us while we were there. They’d say, ‘I want my child to go to America and have a good life,’ because they know that (their child) wouldn’t have as good of a life in Vietnam. They wouldn’t have the same chances as they would in America.”

Those opportunities are what Reithel believes make adoption essential.

“Adoption is important because we live in a broken world,” Reithel said. “First families (biological families) are broken due to disease, financial situations,  geography, addiction, etc. Children need moms and dads to step up and raise them when their first family cannot.”

This is the second installment of the “Chosen” series. The final installment will appear in the next edition of The Bison, on stands, Feb. 2.

Just the Clax: My Date with Roku

Book Menders: Saving the Library one Book at a Time