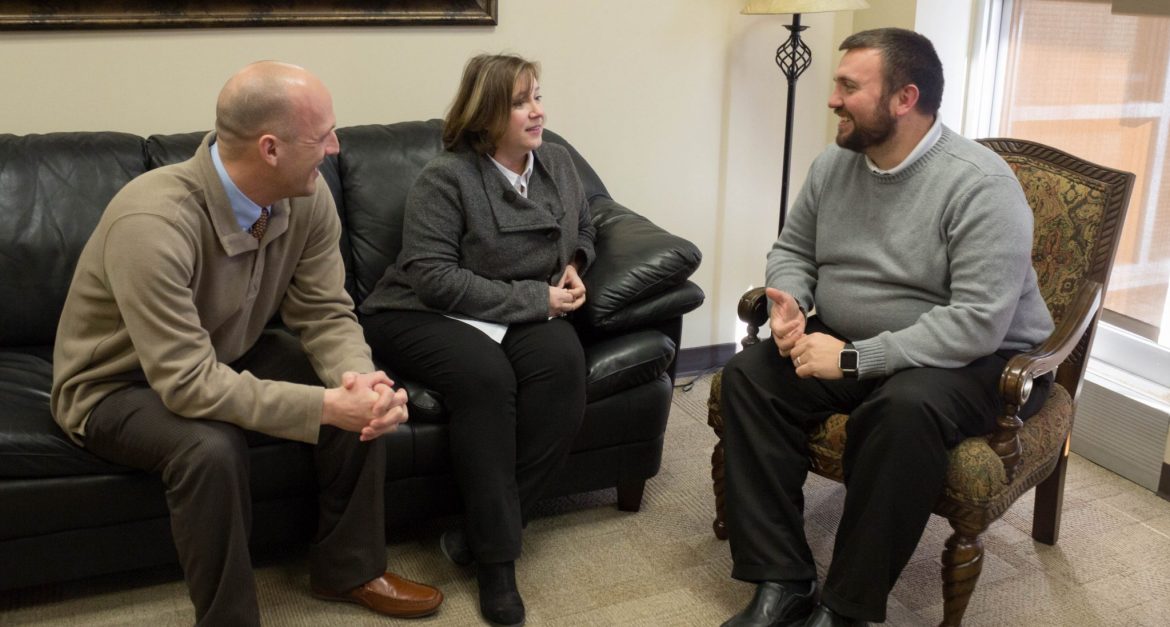 The Office of Student Life began Dinner with the Deans this semester to improve the student-administration relationship. Zach Neal, dean of students, said the deans will take at least two students each week to dine at locally owned restaurants.

“We’re supporting the community in town, as well as an opportunity to talk with students and get to know them better,” Neal said.

Assistant Dean of Students Ranan Hester says smaller outreaches similar to Dinner with the Deans have taken place in the past, including the SA campaign, “Dine with the Deans.” The deans visit the dorms, talk to students in the halls, and attend many on-campus events.

“It was a way for us to reach out to students and for them to be able to get comfortable with us, to ask us questions, for us to hear their voice,” Hester said. “The ones I have had up in my office have been very positive. In fact, I’ve had some say that they hope that they get chosen because they want to get to go.”

Dinner with the Deans is a way to get to know students and bridge distance students may feel between themselves and administration, according to Neal. The event will give students a chance to voice opinions and ask questions.

“There will always be a natural divide because we’re not students and they’re not administration,” Neal said. “We want to remove all barriers that are within our control.”

Sophomore Cole Custer said he feels a divide between students and administration.

“Sometimes they can seem distant and like a big government making rules,” Custer said.

Sophomore Lauren Lee said arriving at tailgates and on-campus events as well as making effort to be personal would improve the student administration relationships.

“I would probably suggest having more opportunities outside of club activities,” Lee said.

According to Custer, sharing a meal with the deans will enhance student life at Harding.

“I think it’s a great program just because you get to know the deans the better and it really humanizes the administration,” Custer said. “If you know Dean Neal personally I think that would be a cool thing.”

Neal said the first round of students for Dinner with the Deans will be chosen Monday, Jan. 22. Students who are interested in placing their names in the drawing can email Neal at zneal@harding.edu.

Year One Of the Trump Administration

Keep it Savvy: Her Red Dress