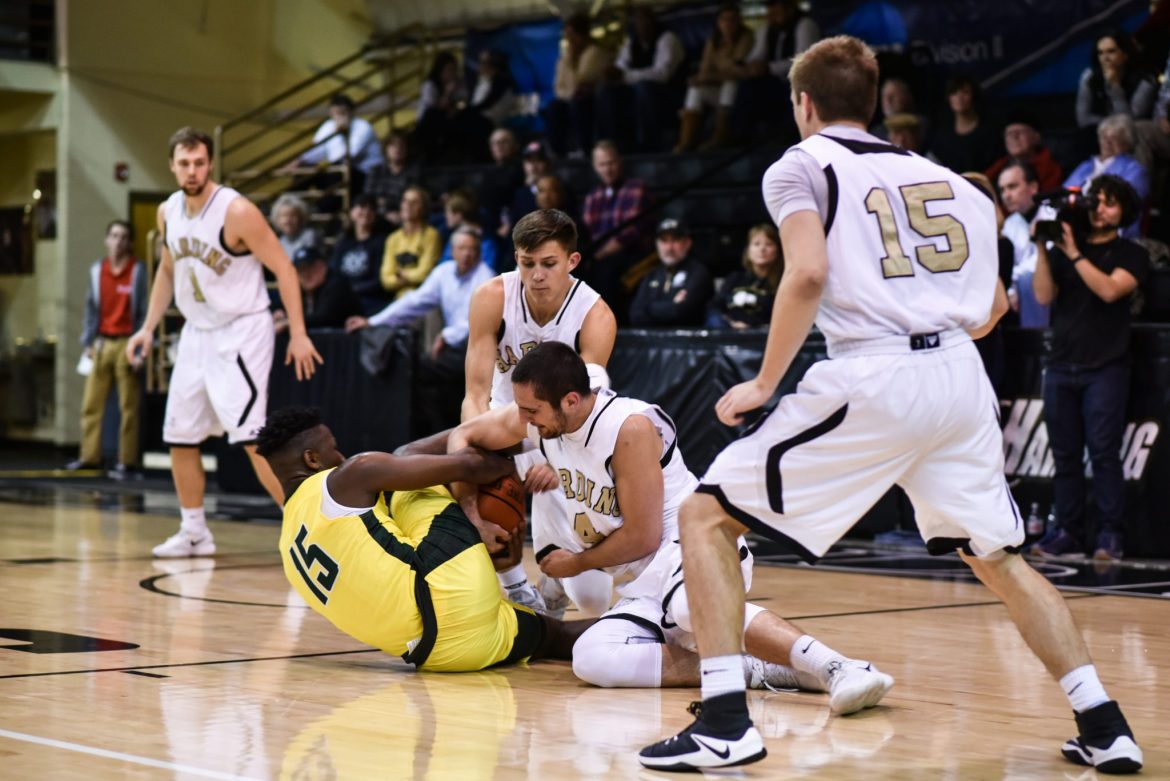 Men’s basketball coach Jeff Morgan said there is still a lot left to play for with 12 more conference games in the season. The Bisons are currently 1-13.

According to Morgan, the top eight of the 12 teams in the Great American Conference get a spot in the tournament and this is what the team is playing for. Morgan said he is proud of the energy and effort his players have shown in the last games and practices.

“These guys are very much committed to the process,” Morgan said.

Morgan also said the team did not have the start that they wanted. One of the things that has contributed to this is the loss of three starters due to injuries with sophomore forward J. P. Brandon, freshman guard Romen Martin and sophomore forward Gojko Djokovic off the court. Morgan said losing these players has been a setback for the team.

Morgan said the team has done a good job defensively but sometimes hits stretches where they have a hard time scoring. The scoring has gotten better in the last couple of games, but he is hoping the offense will continue to improve.

“Let us not save anything for next year,” Morgan said. “Let us empty the quivers of arrows.”

Morgan said because of the changes, he played more freshmen and sophomores than expected. He said however, they have played hard. He also said they are getting valuable experience. Freshman forward Brandon Reeves has been one of the players whom the team has had to count on.

“It makes me feel good that coach is putting a lot of trust in me to be able to come out and score and help the team,” Reeves said.

Reeves also said that he and other younger players have been encouraged by their older teammates. Junior guard Reggie Anthony said he has tried to talk to the younger players as much as he can, and that he is proud of his teammates for the attitude they have shown so far in the season.

“A lot of people would have quit a long time ago,” Anthony said. “There is not one day we come to practice thinking, ‘Oh, it is over.’”

Anthony said the team is looking forward to the next 12 games and is confident that they are going to make something happen at the end of the season.