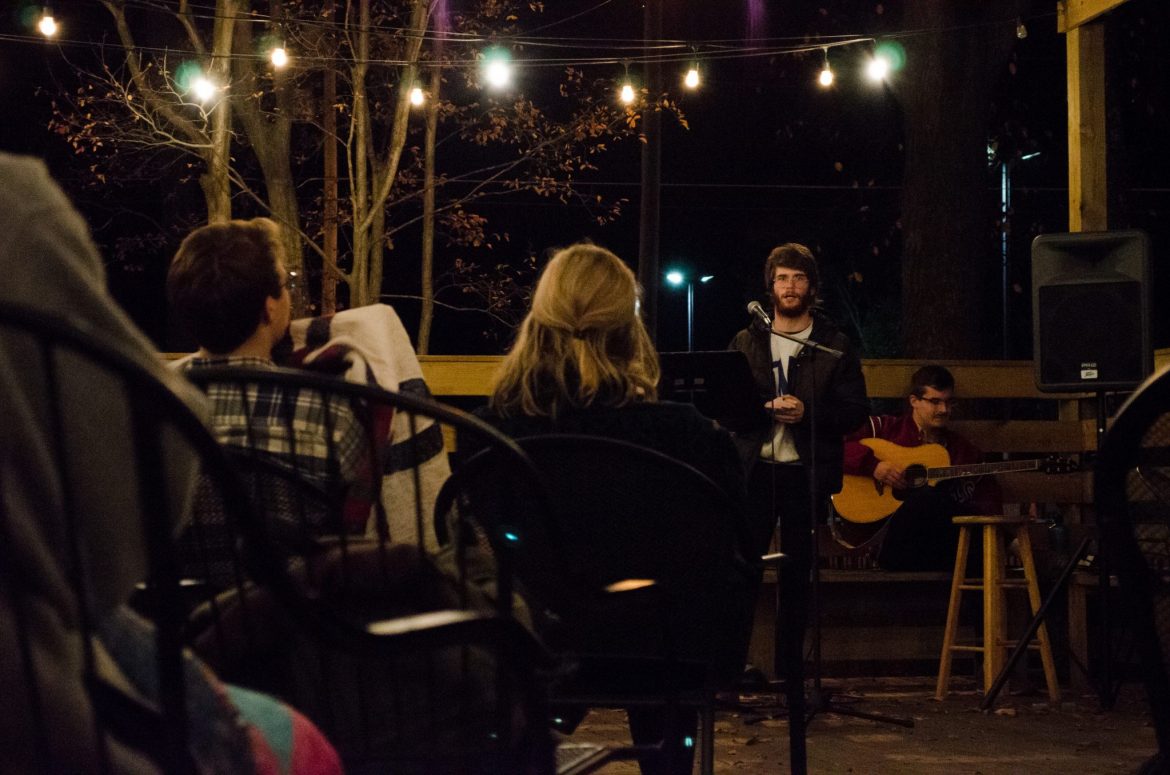 Does the man make the myth, or does the myth make the man? Senior Hannah Hitchcox hosted a night of storytelling to probe this mystery on Thursday, Nov. 9, on Midnight Oil’s porch. The night consisted of five prepared speakers utilizing multiple narrative formats and three impromptu narrative presentations of stories from the speakers’ lives.

Hitchcox, a public relations major, said she hosted this event to serve as a class project requirement, but throughout the semester has continually been inspired by the influence of narrative.

“I think the power of narrative is incredible in that the way that you view your story shapes your story,” Hitchcox said. “I think that’s important with this event: confronting your narrative and realizing that you have a story to tell and that your life is just as significant as anyone else’s.”

One of the speakers Hitchcox asked to participate was senior Bethany Moore. Moore said she met Hitchcox at a poetry reading their freshman year and they have used poetry to encourage each other throughout their friendship. Moore said when Hitchcox reached out to her, she explained she wanted to include narrative poems in the event and Moore came to mind.

The poem Moore chose to present was about her move from Tennessee to New York. She said she wanted the poem to leave the audience with the impression that where they are from does not define them, but it does shape them.

Sophomore Valerie LaFerney attended the event with a group of friends and said she thought it sounded interesting. LaFerney said that she was able to connect with each speaker through the stories told, no matter how little they had in common.

“The story that Brian Cozart told about ‘the mystery of the cans’ was my favorite,” LaFerney said. “The way he told his story was captivating. I appreciated the message of doing good not to be seen by others.”

Like LaFerney, Moore believes in the ability of narrative to help people communicate and connect.