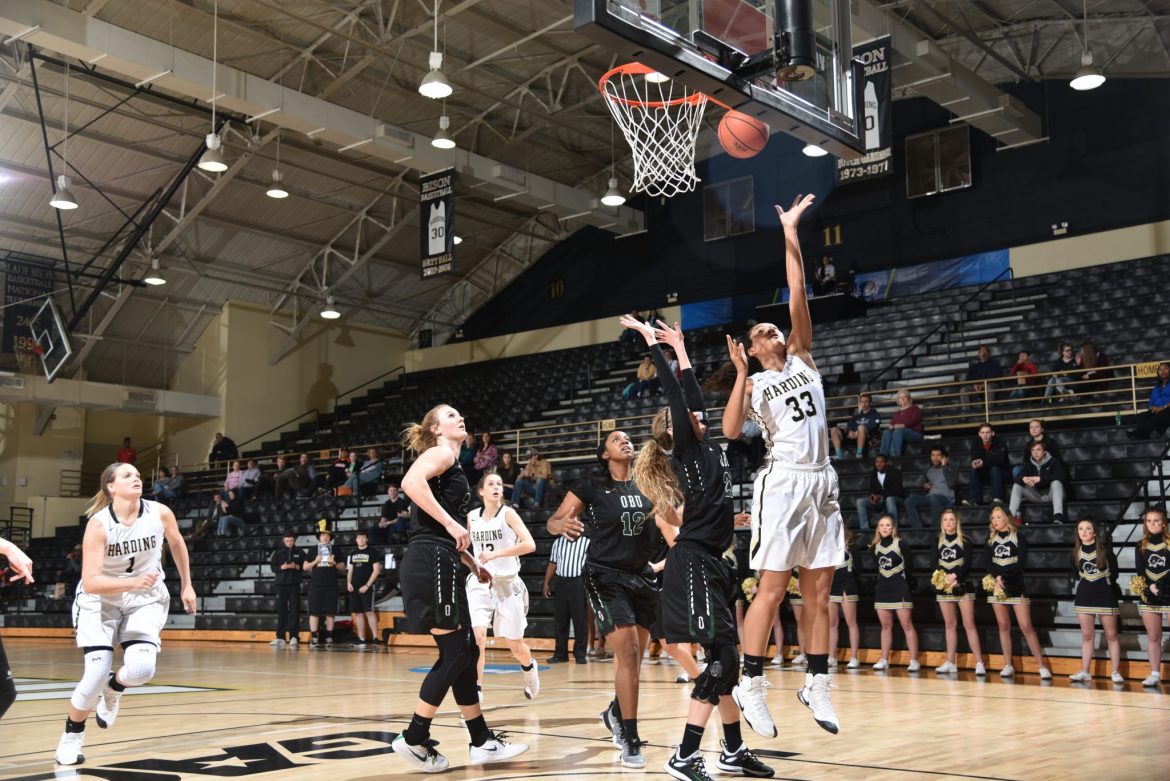 Winter is coming, which means basketball season is around the corner. With three seniors and five returning starters, the Lady Bisons are looking stronger than ever before. However, head coach Tim Kirby said they don’t pay too much attention to the rankings.

“As far as the rankings go, we haven’t said a word about it,” Kirby said. “The girls have done a really good job about keeping their heads straight. We just don’t want it to occupy 100 percent of their thoughts, because then you don’t prepare right.”

Harding is ranked No. 3 in Women’s Basketball Coaches Association Preseason Poll, which ranks teams nationwide. Last season, the Lady Bisons finished No. 4 after reaching the Final Four of the NCAA Division II playoffs.

“We want to have high expectations, but we could also start out 0-5 if we’re not ready to play,” Kirby said. “Then the rankings don’t mean anything.”

This is the second time in program history Harding has held a preseason ranking. The last time was 2014-2015 when they were ranked No. 15 and finished 23-7 to win conference.

As far as looking back or feeling the pressure from past seasons, the women are not doing that. Senior forward Mackenzie McNamara said this year is a new year.

“We’ve created a reputation for Harding women’s basketball, and everyone wants to beat us,” McNamara said. “We have to make sure we are always ready to compete. There is no pressure. It’s a new year, new season and team. Being ranked definitely motivates us. It is such an honor to be ranked so highly, but it means nothing if we aren’t focused and ready to play.”

As far as preparing for the season, the Lady Bisons are doing what they know best.  Putting in work at early morning track workouts and lifting has really benefitted them, Kirby said.

“We’ve been doing the same thing for 13 years now,” Kirby said. “Some teams change what they do to fit the personality of their team but we have recruited to what we do. We try to play the same way no matter what.”

One thing that has been different from the previous 13 seasons has been their level of preseason success, according to Kirby.

“We feel like our preseason has been the best it has ever been,” Kirby said. “That’s pretty promising with how we want to play. Our freshmen have come in, mixed in really well, and been able to perform at a high level.”

Last year, the team had only two seniors. Even though they played a prominent role, the Lady Bisons are still a young and growing team. Senior guard Falan Miller talked about how this will help their team this season.

“This year we have a lot of new players that are going to contribute,” Miller said. “We also have a handful of returning players that know what it takes to achieve the things we want to achieve. We have had several girls that have been in our program for a long time and everyone, including the new girls, have bought into what we are trying to accomplish this season.”

The Grand Slam | Tis’ the Season