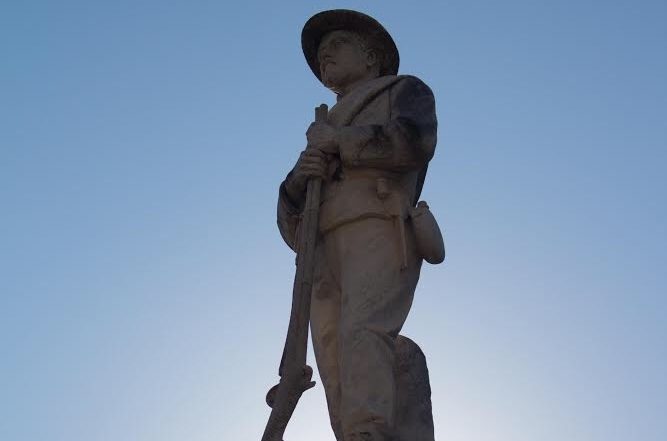 Five panelists will come together Tuesday, Oct. 10, in Cone Chapel at 6:30 p.m. to discuss “Raising Ebenezers: The Purposes and Problems of Memorials” hosted by Phi Alpha Theta partnered with the Roosevelt Institute.

Phi Alpha Theta is a national organization of historians that has chapters on university campuses across the United States. Senior and treasurer of the Harding Phi Alpha Theta branch Curt Baker said the overarching theme of Phi Alpha Theta this year revolves around anniversaries and recalling the past. This panel’s purpose is to address the idea of remembering, not only in America, but across borders.

“There is a controversial element to it, but it’s also a general discussion that we can have together to say ‘What’s the best way to remember the past and move forward together?’” Baker said. “That obviously is pretty applicable here in the United States today, but there’s a lot of cross-cultural significance.”

Assistant professor of Spanish, Michelle Coizman is one of the five panelists who was asked to join the discussion. Coizman said she will be discussing the issue of memorials in reference to Latin America. Having lived in Venezuela for over a year, Coizman said she saw the people of Latin America struggle with whether or not to celebrate Columbus Day, that was observed on Oct. 9 of this year.

“A lot of the countries in Latin America either are still struggling or have struggled with what to do with celebrating Columbus Day and what to do with his statues and things like that,” Coizman said. “When he arrived, he brought Europe in conquest and destroyed a lot of the indigenous tribes and so they have to decide if he’s a hero or if he’s the end of life the way it was.”

Assistant professor of English and faculty sponsor of the Roosevelt Institute, Dr. Heath Carpenter was sought out by Baker to have a voice in this discussion. Carpenter’s Ph.D. work focuses on contemporary Southern identity, which he plans to use his studies in his examples of symbolism and monuments.

“Monuments have a way of capturing how people want to see themselves, their historical past, their shared past, and that feeds into their contemporary identity,” Carpenter said. “I’m interested in how oversimplified that is. I’m interested in complicating those kinds of narratives.”

The panel consists of three white males and two white females, Baker and said the lack of racial diversity was not intentional.

“It’s pretty ironic to me that we are having this panel discussion and we don’t have any African American panelists,” Baker said. “We’re not hosting this panel consciously excluding anyone. It was our intention to have some racial diversity up on the panel, and just scheduling wise we weren’t able to do it but I definitely don’t want anybody to look at this and say, ‘How can you possibly host this panel without having this representative voice?’”

According to Baker, each panelist will have time to speak on their individual areas of expertise, with a time of discussion mediated by President Bruce McClarty. There will then be a section of questions prepared by Phi Alpha Theta and the Roosevelt Institute, and time for students to ask questions at the end.