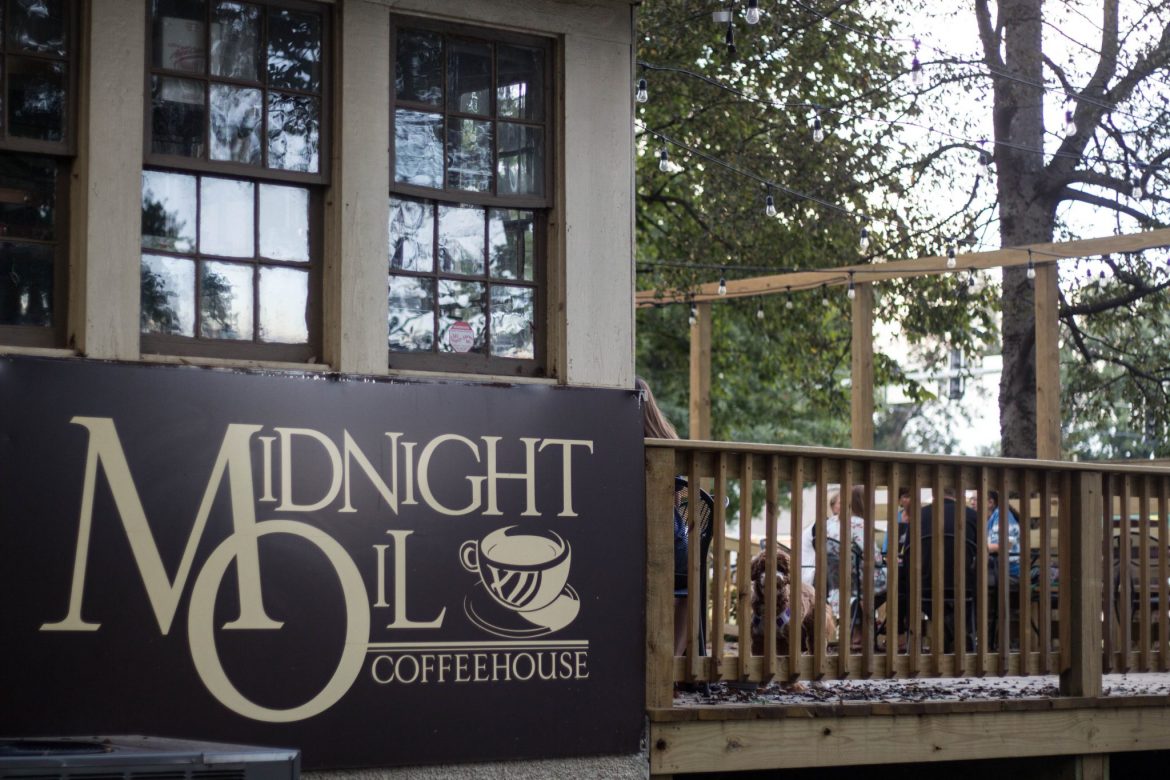 Twenty years ago, Matt and Mandy West had an idea to create a place of community in Searcy while also serving God through mission work. From these ideas, the Midnight Oil Coffeehouse was born. Twenty years later, Kibo Midnight Oil Coffeehouse (MO) is a staple among Harding students and Searcy residents alike. Now under the ownership of the nonprofit organization Kibo Group International, a change made in 2009, it also works alongside The Source Café in Jinja, Uganda — both owned and operated by Kibo –– to work with communities in East Africa to tackle poverty and injustice. On their 20th anniversary, MO will be celebrating not only what they have accomplished thus far, but also what is to come in the future for both the small-town business, and the globally minded international organization.

Aug. 29, 2017 marks 20 years since the opening day of MO, and Oct. 7, the official celebration, will be packed with events from a rock wall from Zion Climbing Center to moonlight yoga with noomaLIFE to bands playing all day on the new stage.

“We’re encouraging the former baristas that have families now to come and bring their kids, as well as people from town,” April Fatula, a Kibo board member, said. “It’ll be just a really family-friendly, fun day.”

MO has not only contributed its atmosphere and coffee products to the Searcy community, but also its relationships with other mission-based businesses in town, one of which is Zion Climbing Center, a nonprofit rock climbing center and gym. Zion will be providing a climbing wall at the celebration, according to owner Sean Hudkins.

“Zion has worked with Midnight Oil in various capacities for years,” Hudkins said. “When they contacted us and said ‘Hey, would you be able to put this up,’ we said we would. So, we’ll utilize our outdoor wall, make it fun, provide not only for the kids but for everyone.”

MO has also become like a second home for many students on campus. Sophomore Adrian Blanco said the main draw of MO for him is this very sense of familiarity and community.

“I started going here my first week of freshman year,” Blanco said. “Midnight Oil is a great study place and their coffee is incredible … it’s just a natural meeting place and really does build community.”

The 20th Anniversary Celebration kicks off at 10 a.m., Oct. 7th at MO and continues until midnight.