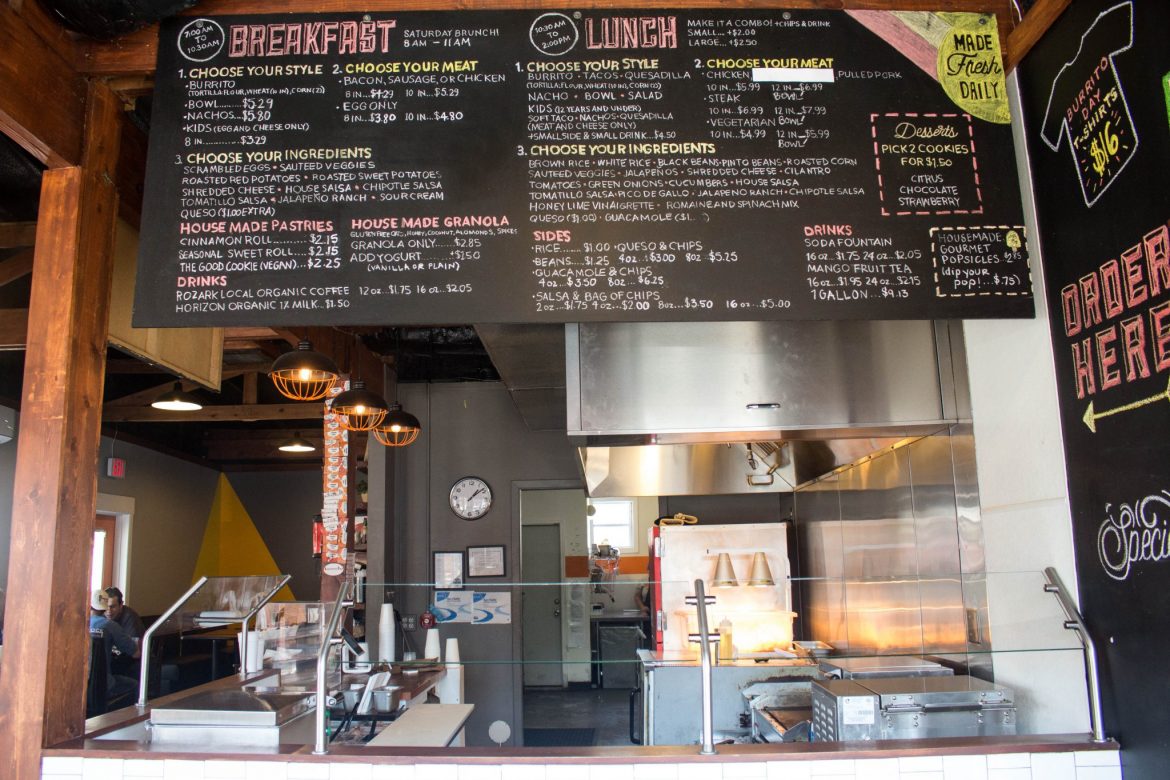 One of Searcy’s favorite local restaurants is expanding. Burrito Day in Downtown Searcy now has a renovated kitchen and plans for expanding the dining room and patio. General manager Brandon Fox said they are looking forward to having more space to serve more people.

“I just hate it whenever people don’t have anywhere to sit,” Fox said. “It usually gets busy at lunch, and you just want to be able to host people and for them to be comfortable.”

As Burrito Day continues to gain popularity, the store must accommodate the increase in customers. Expanding the store is the natural next step, Fox said.

“It’s time for it,” Fox said. “We have grown into it. We tried to grow organically as we actually have business, and there is a need for more seating.”

Burrito Day is in the middle of a three-phase expansion, recently completing the renovation of the kitchen. According to employee Megan Page, the new kitchen allows employees to be more efficient.

“Now, there is a giant room where we have more room to prep and to just get things together back there,” Page said. “We don’t run into each other as much, and it’s less claustrophobic.”

Senior Keslee Dunavin, a regular customer of Burrito Day, is very excited that they are expanding.

“I think the fact that Burrito Day is expanding is really important because everybody loves Burrito Day,” Dunavin said. “Right now the only seating they have is the dining room and a small patio outside, so the fact that they are expanding is great, so that more people can come and eat and enjoy.”

When renovations begin in the dining room, Fox believes Burrito Day will have to close temporarily, but is very hopeful that it will only be for a few days.

Currently, Burrito Day is open Tuesday through Friday from 7 a.m. to 2 p.m. and Saturday from 8 a.m. to 2 p.m. Fox said his goal is to serve dinner and be open during the evenings. However, that will be determined by the increased activity in Downtown Searcy in the evenings.

“Right now it’s just about the timing,” Fox said. “There isn’t really a lot going on down here in the evening, so we want to wait for the right time.”

Burrito Day participates in “Beats and Eats,” a monthly event that supports local restaurants and musicians.

“We have done that three times so far, and it’s been really great,” Fox said. “A bunch of people come out for that, a ton of families come out and there is live music and food trucks.”

Burrito Day plans to be involved in the upcoming “Beats and Eats” festival on Oct. 20.