Home Lifestyle To Eat or not to Eat (Organic)

To Eat or not to Eat (Organic) 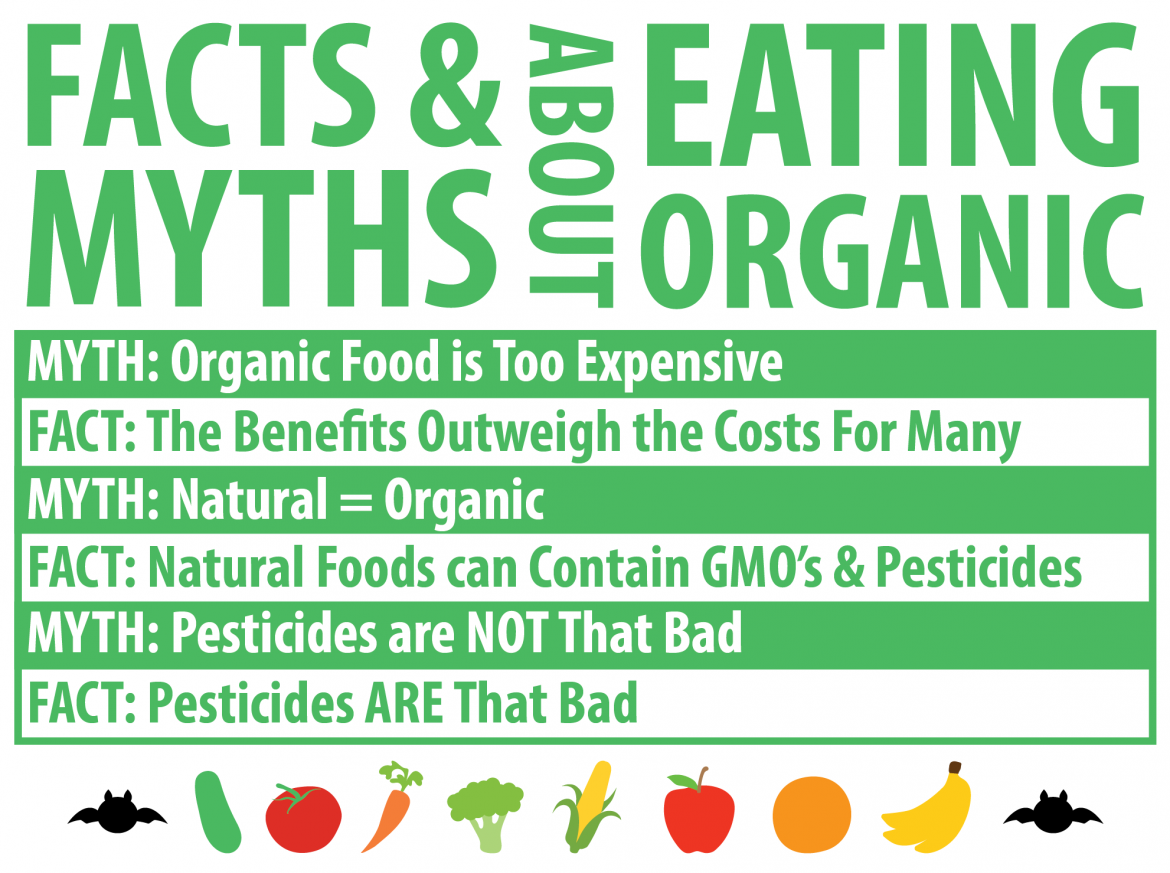 On April 10, it was announced that a Florida couple found the remains of a Mexican free-tailed bat in their container of Fresh Express organic salad from Wal-Mart. The couple found the bat after they had already eaten some of the contaminated salad.  According to the New York Times, the bat was sent off to the Center for Disease Control to be tested for rabies, but the bat was too decomposed for tests to be fruitful.

It’s not uncommon for bats to hang around organic farms, as they’re often used as a form of pest control for organic farmers.  Since organic crops are grown without pesticides, farmers have to be creative with how they keep plant-killing insects away from their produce.  Many organic farms even have bat houses on their property to keep them near, so this bat probably died doing a very important job, protecting organic crops.

Although this bat was potentially a hard–working contributor of the organic farming community, it has been making avid salad eaters increasingly conscious of what is in their packages of healthy goodness.  This incident begs the question: is going organic worth it? While the organic movement has been picking up steam for several years, there are still some things that the public is unaware of.  So let’s debunk some rumors.

Myth: Organic food is too expensive just for the “Organic” label

Fact: While organic food is generally more expensive than conventional foods, you may find that, the benefits of eating pesticide–free foods outweigh the few extra dollars you’re spending.  Organic.org, an online site that promotes educational reasons for eating organic, asks consumers to consider that organic farmers, unlike conventional farmers, receive federal subsidies.  This is one reason organic prices are higher. Organic farming is also much more labor intensive than conventional farming, requiring organic farmers to hand pick weeds and trap pests instead of using pesticides.

Fact: According to Cornucopia Institute, an online site that provides economic information to family farmers, federal law requires that organic food products promote ecological sustainability in production without the toxic inputs and genetically engineered ingredients common in the conventional food system.  There are no such laws regulating foods labeled “natural.”  This means that “natural” foods may still contain ingredients that have been genetically modified or treated with pesticides.

Myth: Pesticides aren’t all that bad

Fact:  Pesticides are, indeed, all that bad. According to Toxics Action Center, an organization that aims to reduce pollution in the northeastern United States, pesticides have been linked to a wide range of human health hazards, ranging from short-term effects such as headaches and nausea to chronic effects like cancer, reproductive harm and endocrine disruption. According to thebalance.com, runoff from pesticides used on farms or during production is known to kill animals, plants and trees. So think about whether the risks of ingesting pesticides are worth it when buying conventional food instead of organic.

While not everyone can afford organic foods for every meal, recent studies have shown that it is a safer option due to the risks pesticides provide to the human body.  So while you may have to be a little extra careful not to take a dead bat home with you in your salad bag, eating organic is still the way to go in the long run.

‘The Case for Christ’ Ascends