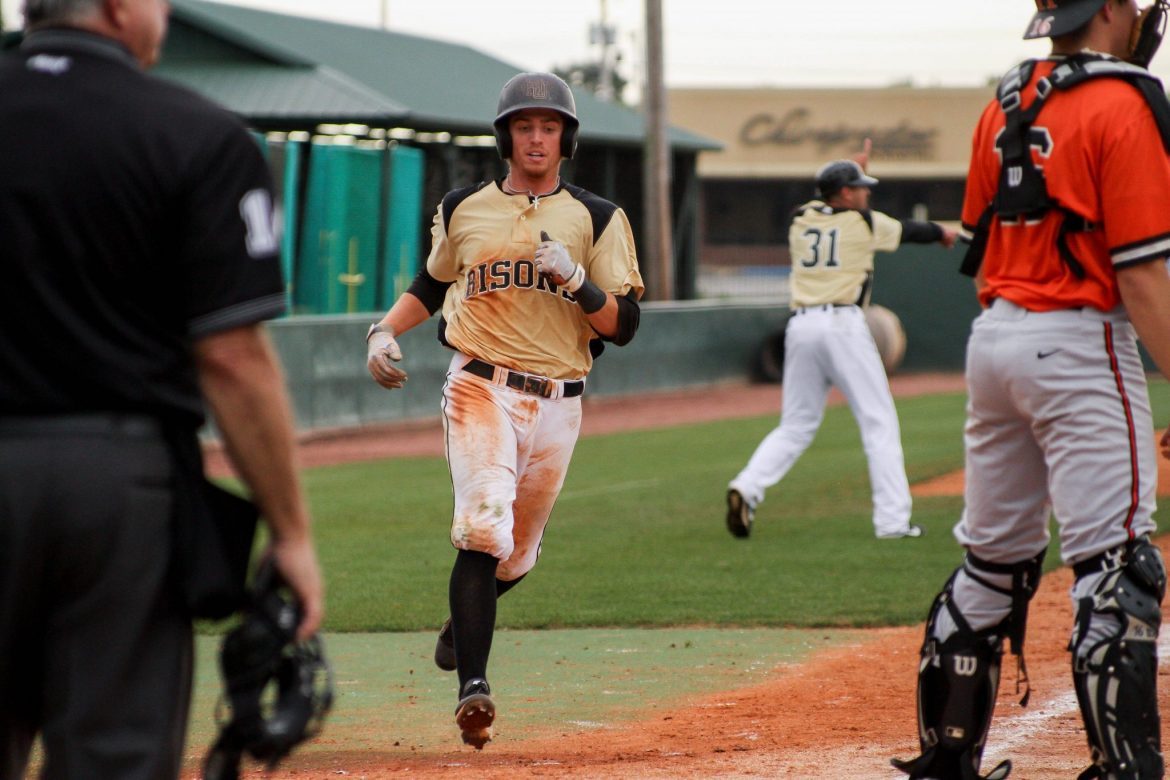 The baseball team pulled three victories over East Central University with scores of 5-2, 5-3 and 2-0 respectively on April 7 and 8, then another victory against Hendrix College 11-7 on April 11. The four wins add to the Bisons’s five game winning streak, sending them to the sixth spot in the Great American Conference.

The Bisons swept the East Central series with three wins over the weekend, with junior Jackson Ward pitching a no-hitter into the seventh inning before ECU’s players began making contact, nearly making history by pitching the first no hitter for Harding since 2010.

Ward pitched 55 strikes overall before freshman Raiff Beever took his place on the mound. Sophomore Ben Brauss and juniors Grant Guest and Chris Taylors were among those that planted strong hits that pushed the Bisons to their win.

“By getting a 3 game sweep of ECU, that essentially puts us four games up on both ECU and Ouachita Baptist University in the conference standings and we also have the tie breaker on both of them,” redshirt junior outfielder Zach Beasley said.

Before the series at East Central, the Bisons were in a three way tie with ECU and OBU in conference standing, according to Beasley.

“East Central was a series we had to win,” Guest said. “I’m extremely proud of the way our guys fought and battled through the weekend.”

Against Hendrix College Tuesday, Brauss started the game with a leadoff home run. Later, junior Chris Taylor hit another in the sixth to secure the victory for the Bisons, his third one hit this season. Every starter had at least one hit during the game. Freshman Logan McCall came in during the third and pitched 4 1/3 innings with no runs.

“The win Tuesday was big because it keeps things rolling into a big weekend at Southern Arkansas University this coming weekend,” Beasley said.

With the three GAC wins over the weekend, the Bisons are sixth out of the eight tournament eligible teams, giving them a good position as they get closer to the end of the season and into the beginning of the tournament.

“[These games were] also a big step for us as a team because it got us back on track,” Beasley said. “We talked at the halfway point of the season that we were going to be a good second half team. We said that we were going to work as hard as possible to make sure we have the best second half we can have and be able to have a full head esteem entering the conference tournament.”

“We have faced a lot of adversity this season but I’m so blessed and thankful to be a part of this team,” Guest said. “I learn something new about myself and my teammates every day.”

The Bisons will next play a double header at Southern Arkansas University on April 14 beginning at 2 and 5 p.m.

Examining the Concussion Protocol at Harding