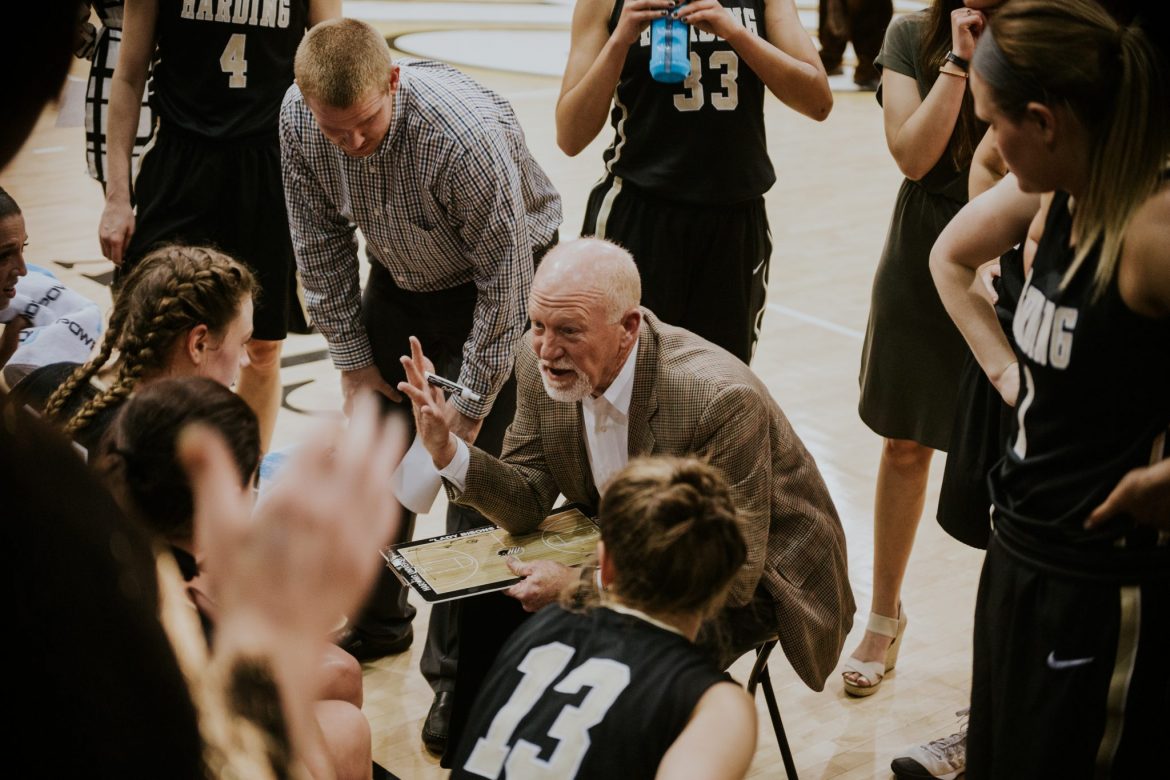 It has been a season of firsts for the Lady Bisons basketball team this year, and this week was no different. They won their first regional championship, played in their first Elite 8 game against the New York Queens College Knights, and won. On Wednesday, March 22, they appeared in their first national semifinal game, facing off against the Eagles of Ashland University in Columbus, Ohio. The Eagles defeated the Lady Bisons 90-77 to advance to the national championship.

The crowd and pace of play affected Harding from the start. Ashland started the game in a full-court pressure defense, causing trouble for the Lady Bisons.

The Lady Bisons showed some life in the fourth quarter after being down 25 points at one point in the game.

They started the quarter off on an 8-2 run and held the Eagles to only seven points in the quarter, but it was not enough to make a miraculous comeback like they did in the regional championship game last Monday night. Sophomore forward Caroline Hogue led the Lady Bisons in scoring with 24 points, and she added 12 rebounds to have a double-double. Senior guard Andi Haney had 13 points and eight assists in her final game as a Lady Bison.

“We talked in the locker room after the game about where someone like (Andi) has given everything that she’s got with everything that we do,” head coach Tim Kirby said. “If her teammates haven’t learned something from that, then we have missed out. She gives everything she has, and we got to watch that for four years.”

Despite the large lead the Eagles had throughout the game, both teams were relatively even in every statistic except 3-point shooting. Ashland made 10 3-pointers shooting 45 percent, while Harding only made two 3-pointers and shot 14 percent. The second quarter was big for the Eagles, where they made half of their total 3-point field goals with five — four of which came from sophomore guard Maddie Dackin.

As this historic season comes to an end for the Lady Bisons basketball team, it is easy to reflect on everything they were able to accomplish.

In Kirby’s 12th season, this is his first 30-win season, and the farthest any Harding team has ever gone in the postseason.

“Starting today, there were only four teams left,” Kirby said. “I think there’s some motivation that can take place from this. We have a lot of people coming back from this year, and we signed a lot of good players. That is how you do it. You just need to move on to the next year.”

This was Haney’s 121st game as a Lady Bison, and she says that it will probably take her a couple of weeks to be able to reflect on her time on the team.

“This has been an incredible year,” Haney said. “These four years have gone by fast, and I’ve just been blessed to be at a place like Harding, to have the teammates that I’ve had around me and the great coaching staff. It’s just been an awesome experience.”

“I think as a team, we worked really well together,” Hogue said. “Throughout the season, we have shown that, just by battling back from being down big and also winning big. Doing both of those really helped us come to this point in the season where we got to make it to the Final Four.”

Nana in the Woods