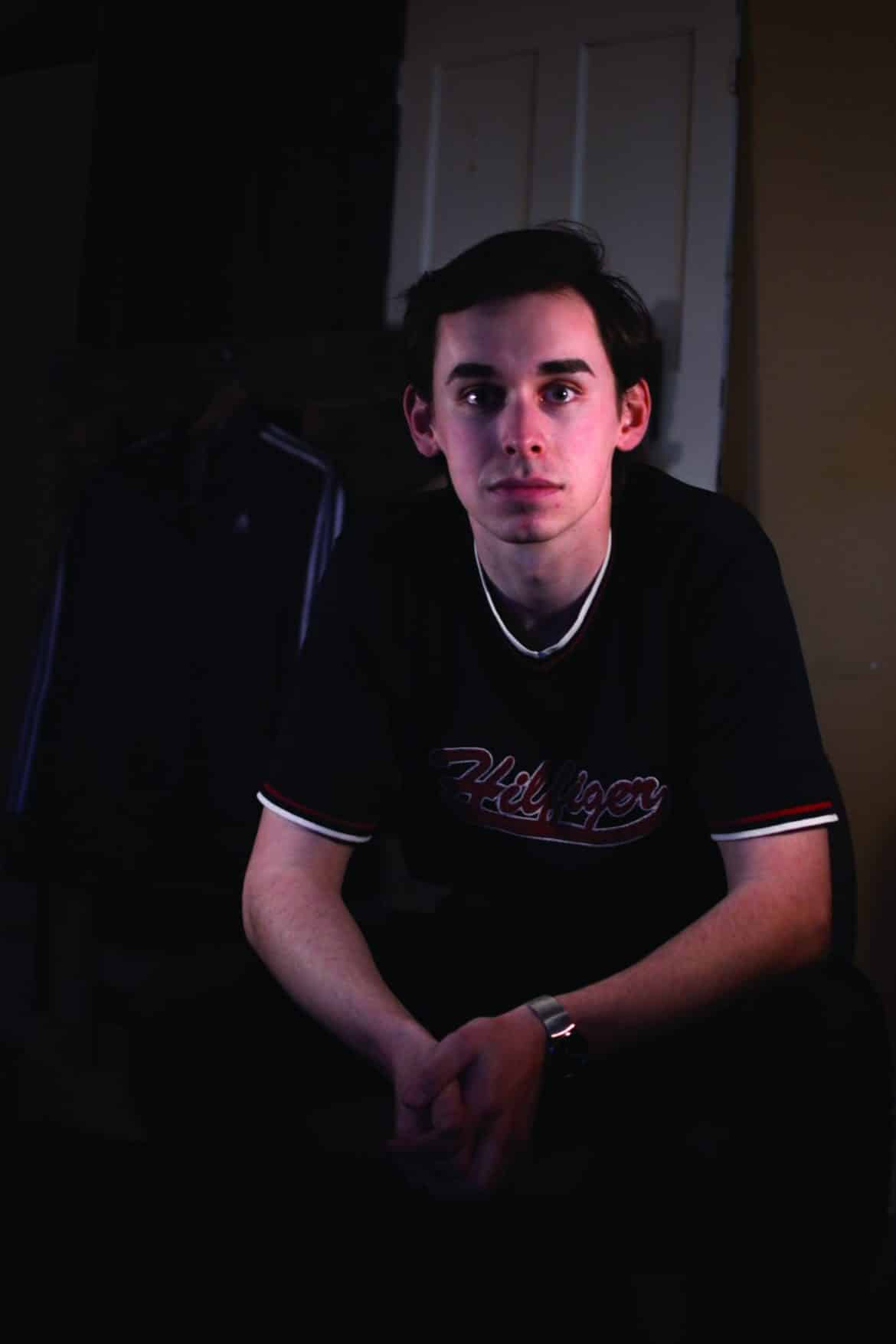 College students find all sorts of ways to make some extra money: tutor middle school kids, sit in someone’s chapel seat or sell their old dorm decor on Facebook. However, junior Andrew Levenson had a more ambitious idea when he decided to launch VNTGE Co.

VNTGE Co. is an online clothing store that resells higher end name brand items, aiming to serve everything for under $25. Levenson said he came up with the concept over Christmas break in 2016 after success selling refurbished Polaroid cameras. He needed a job for the semester so he decided to start his own business doing something fun and unique.

The company is run on Instagram and he makes about 89 percent of his sales, according to VNTGE’s Google Analytics page, and the website was developed soon after. Levenson described the company’s style as “modern vintage.” Today’s style has evolved in the last year or two where it is now trendy to shop at Goodwill and find one-of-a-kind pieces rather than at Forever 21. What was originally True Vintage evolved into VNTGE Co., giving the name and logo a modern look while still representing the products. ‘Affordable Luxury’ is VNTGE Co.’s slogan, which Levenson said is enticing to university students.

“College students are probably my biggest customer base, but I sell to more people outside of Arkansas than at Harding,” Levenson said. “Knowing people in Searcy and at Harding has been a big help because they can repost my posts.”

Levenson said he remains extremely passionate about his company. His hand is on every part of it, so it is very personal for him.

“I only pick out products that I would wear and I haven’t bought one thing that I would not have worn myself,” Levenson said. “I care about the products I send to people, and to see people with something you have given them is very rewarding.”

Levenson’s hand-picked products have been popular with Harding students, including senior Duncan Michael, who purchased a Kenneth Cole jacket.

“VNTGE Co. was super great and easy to work with,” Michael said. “They’ve got great clothes at even better prices.”

Senior Katie McDonnel, Levenson’s fiancee, helps him in whatever the day calls for, from researching products to writing Instagram captions. She also says Levenson’s passion for the company and personal approach are what makes the company unique.

“When a customer purchases a product or has questions and contacts VNTGE, it goes through Andrew,” McDonnel said. “Andrew has connected with people from 16 countries and nearly all 50 states. How many companies can you buy from that you have direct contact with the founder?”

VNTGE Co. has only been up and running for around a month, but sales hint at a bright future. The company’s Instagram already has over a thousand followers, and items sell out quickly. Over the next few months, Levenson said he would like to get into more universities and have more regular customers. If this momentum keeps up, Levenson would like to produce some of his own products, like hoodies and patches, and eventually open a brick and mortar store.

When asked if he had any advice for other young entrepreneurs he said: “If you have a business idea, pursue it. It might look intimidating but it’s a lot easier than people think, and it’s rewarding to have something with your name on it.”

To get yourself rare clothing, head over to www.vntge.co or their Instagram page @vntgeco.