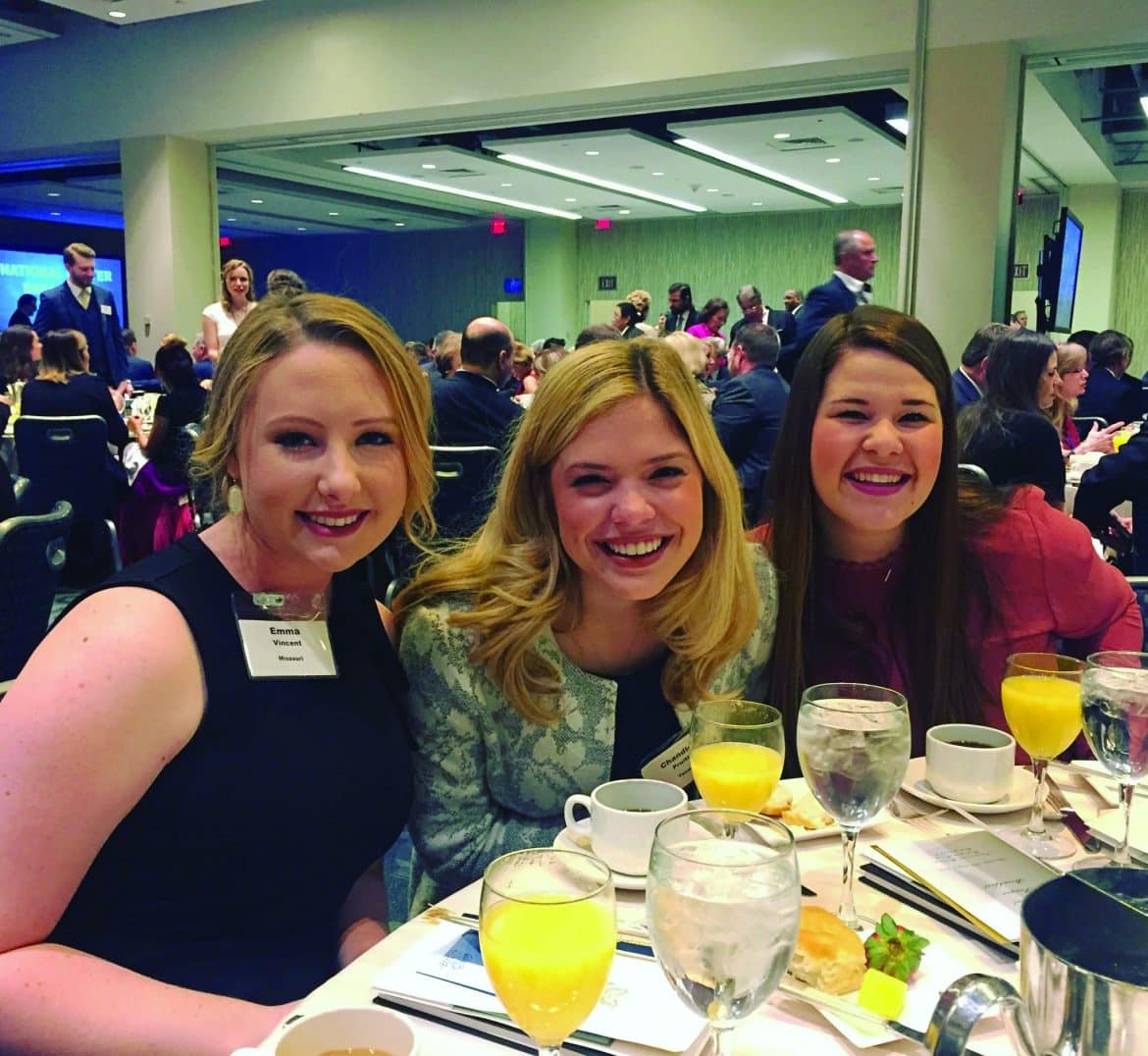 On the morning of Thursday, Feb. 2, a group of Harding students joined a room of 3,500 political, military and corporate leaders at the 65th National Prayer Breakfast in Washington D.C.

One of the few to be invited was Bible professor Andrew Baker. Like many invited, Baker attended the event as a delegate for Arkansas and has done so for multiple years. According to Baker, the National Prayer Breakfast is an apolitical event that began many years ago in order to bring people together to pray for leaders, nations and the world as a whole.

“It’s a great opportunity to meet people from around the world,” Baker said. “We are doing great things on the other side of the world, and it’s a true statement to say that you never know who you are going to meet around the corner.”

Altogether, the National Prayer Breakfast is a five-day event, and each day consists of catered meals, speakers and prayers. Baker said though he was only able to stay in the District for two days, he attended six events.

Along with Baker, a group of Harding students attended the National Prayer Breakfast in conjunction with the National Student Leadership Forum, a leadership training program through small group-based relationships.

According to senior Daniel Evans, they first learned about the National Prayer Breakfast while at a NSLF banquet in Little Rock last fall.

“We didn’t think it would be a possibility, but they got us there,” Evans said. “And we are very grateful to those who make it possible for us to go. It was an incredible experience.”

According to junior Emma Vincent, one highlight of the trip was attending the Presidential Prayer Breakfast on Thursday morning and witnessing chaplain Barry Black’s speech.

“I would say the talks could be best equivocated to inspiring talks about how to be a better person relationally, with both your friends and your family,” Vincent said. “Most messages hit home with me because those are areas I could definitely work on.”

Overall, Evans said that his experience at the Capitol left him with a deep desire to cultivate new friendships in the name of Jesus, in the hope that others will find a love for him and look towards him.