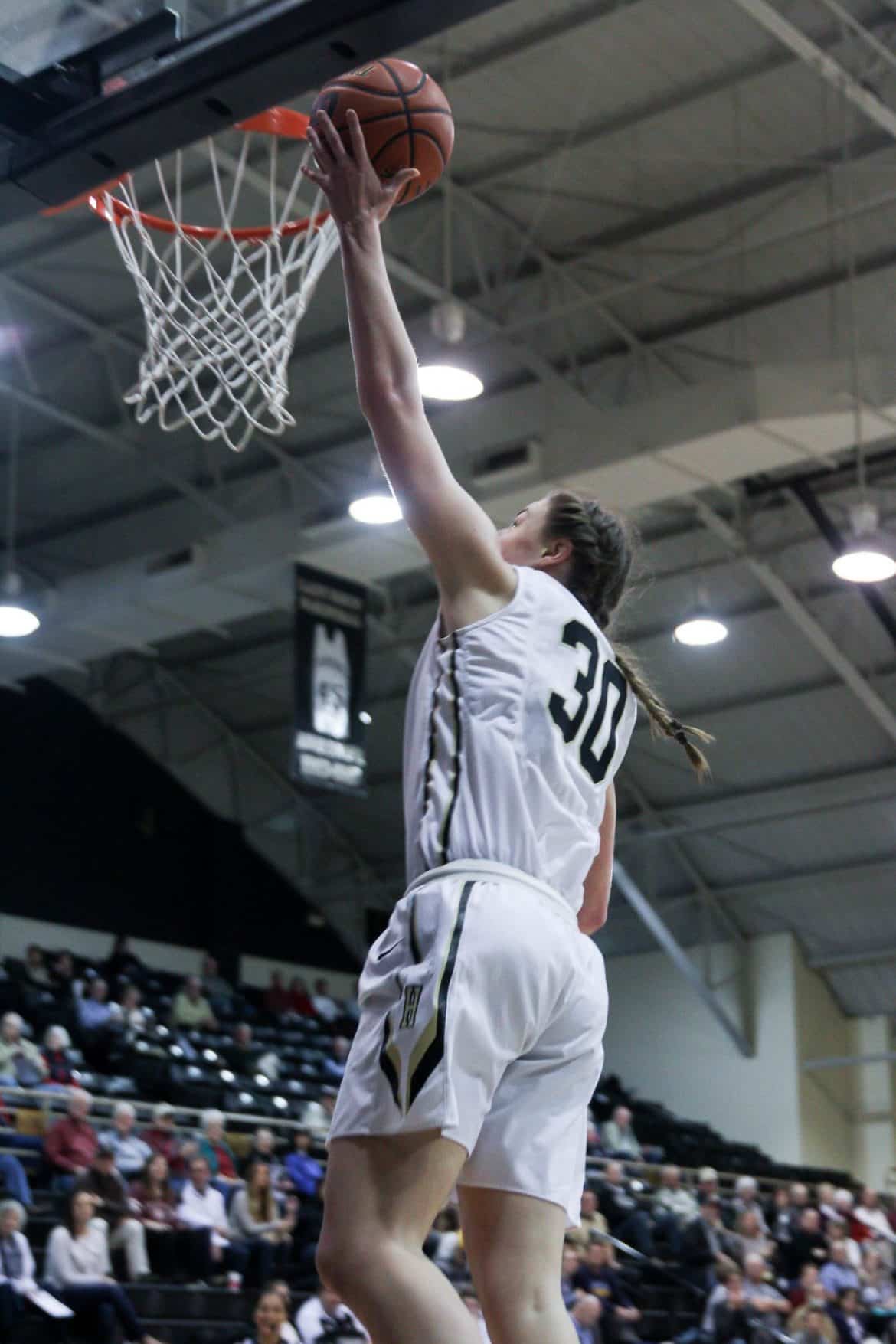 The Lady Bisons were kept busy last weekend with two wins on both their home games Thursday and Saturday. The Lady Bisons defeated Oklahoma Baptist University on Thursday, Feb. 2 with a score of 72-55, and remained victorious with a win against Southern Nazarene University with 82-70 on Saturday. Harding now stands at 17-3 overall and 14-1 in conference games; winning its 11th straight home game on Saturday.

On Thursday, the Lady Bisons started the night off with a 16-0 lead in the first quarter. By halftime, they had a 15-point lead with a score of 34-19, and confirmed the win in the second half by playing 39-36.

Saturday’s win was just as exciting for the Lady Bisons, starting with a 12-0 run to lead against Southern Nazarene within the first three minutes of the game by two layups from Padgett and another from Haney, and junior guard Falan Miller and junior forward Sydney Layrock each scored 3-pointers.

The Lady Bisons took the lead through the first and second quarters and had a 46-23 advantage by halftime. The lead continued strong through the third quarter with a score of 64-44, however, Southern Nazarene took the lead at the beginning of the fourth. With 7:20 left on the clock, the Lady Bisons managed to come back with an 11-1 run, to which Southern Nazarene was not able to catch up to, leaving Harding with a victory.

On Thursday, Feb. 9, the Lady Bisons defeated Ouachita Baptist University (OBU) 85-54 after scoring 31 points in the first quarter, extending their first place lead in the Great American Conference (GAC). Layrock and Jones both finished the game with a double-double. Layrock had 15 points and added 13 total rebounds. Jones had 14 points and 10 rebounds. Hogue led the team in scoring with 23 points.

Defense played a big role for the Lady Bisons in their 53-47 win against the University of Arkansas-Monticello. Harding held the Blossoms scoreless in the third quarter. This was the first time a team has gone scoreless in a quarter since the NCAA went from playing two halves to four quarters last season. Hogue had a team-high 22 points in the win as the Lady Bisons continue to stay atop the GAC standings.

“We executed a few simple things really well,” head coach Tim Kirby said in an interview with the Harding Sports Network about the third quarter. “We got a few stops on the defensive end, and that allowed us to start on an eight point run. I thought all five players did a great job of covering their man and forcing them to take tough shots. It was a huge third quarter.”

The Lady Bisons took on conference-rival Arkansas Tech in senior night last night in their final home game of the season. Results were not available at press time.