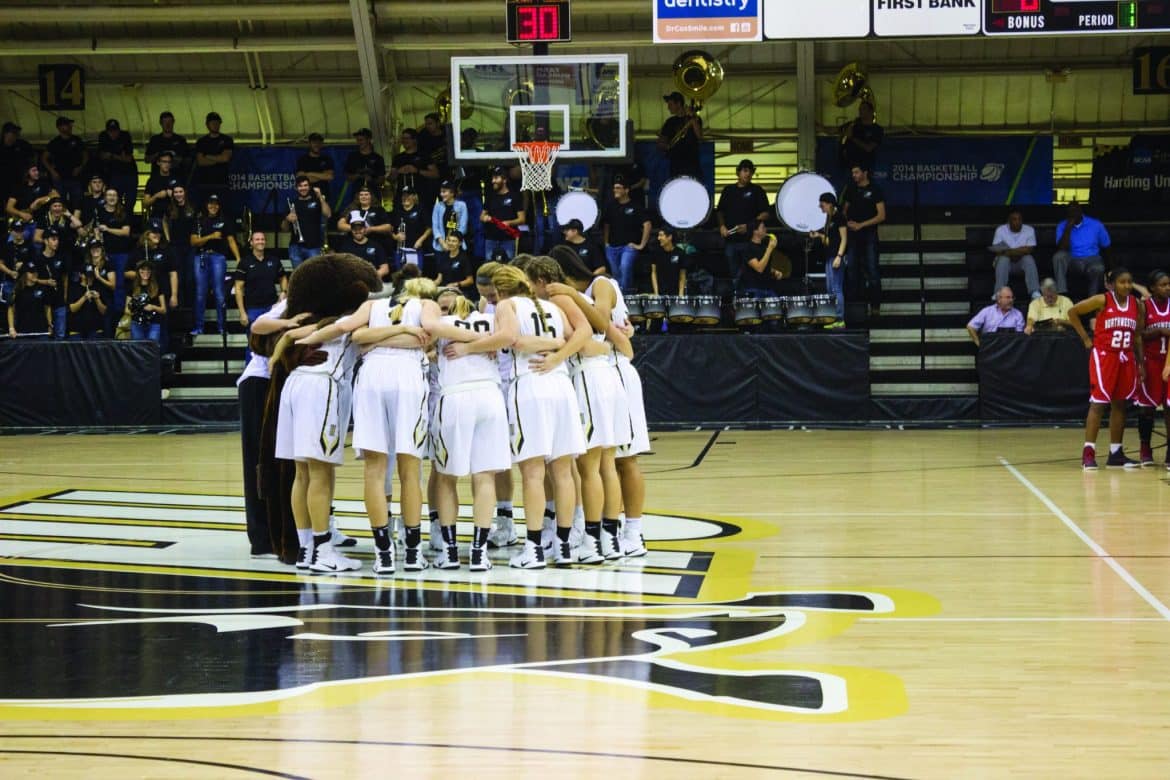 The Lady Bisons basketball team has a long history of successfully overcoming obstacles, and this season is no different. After sophomore forward Caroline Hogue’s sister, Kennedy Hogue, passed over the break, the team grew even closer through the tragedy.

Currently ranked 21 in the Women’s Basketball Coaches Association poll, and 16 in the NCAA power rankings, Lady Bisons basketball is a force to be reckoned with. This is the first time the Lady Bisons have been in the top 25 since the 2014-2015 season.

The team has a 14-2 record, 7-0 at home. Their only losses are from 18 ranked Drury University and Christian Brothers University.

Seven straight wins puts the team at 10-0 in the conference, which is equal to their second-best Great American Conference (GAC) start in six seasons. The Lady Bisons lead Arkansas Tech University by two games.

“Most teams just have teammates but these girls are my sisters,” Houge said. “They are my family, and I think we have something special that not many teams have.”

One of the most exciting games was against Southeastern Oklahoma State University (SOSU) on Nov. 19. This was the second game back after break for the team and they rose to the occasion once again. They won 72-69 over the Savage Storm.

“Weezy (my sister) loved watching us play basketball, and I know she was watching us play that night; she was there, and she was the extra push we needed to win that game,” Hogue said. “That game was so much more than just a game. It was a team coming together who had something to fight for.”

This year’s team has faced much additional adversity, from referees not showing up at the beginning of the year to having a bus breakdown to other health issues.

“I think it was good for us to realize even though there is competition on the floor, there is way more things in life than basketball,” senior guard Andi Haney said. “It really gives you perspective.”

Anyone who has been to a game this season can attest to their togetherness. The sense of community within the team can be seen on and off the court.

“The Lady Bisons aren’t just 12 girls,” junior forward Sydney Layrock said. “It’s us and our entire family as one group.”

Getting to know others is also a goal that many of the women share, when walking between classes or going somewhere across campus, the Lady Bisons, individually, make an effort to talk to you if they know you at all.

“When I transferred here, I did not know how well I would like it, but the Harding community has taken me in and treated me like I have been here all along,” Hogue said. “I love Harding, and I love being a part of such a great community.”

The end goal for the season is winning the GAC and making a run in the NCAA tournament.

“We have so much talent on the team that it has been great to see it come together,” Haney said. “We still have things to work on, but I’m excited to see where that goes.”